Four Arts and Humanities faculty members in the College of Arts and Sciences have been selected to receive a 2020 Ronald and Deborah Ratner Distinguished Teaching Award:

The Ratner Awards recognize faculty who demonstrate creative teaching and extraordinary records of engaging, motivating and inspiring students. Each Ratner Award winner receives a $10,000 cash prize, as well as a $15,000 teaching account to fund future projects.

“Every year, the Ratner Awards honor outstanding faculty colleagues who innovate in their classrooms, studios and virtual learning spaces in order to provide the best possible experience for their students,” said Peter Hahn, dean for arts and humanities. “Our latest recipients are no exception, and our students will be the ones to benefit most from the teaching project support these awards provide.”

In 2014, Ronald and Deborah Ratner gave $1 million to establish the Ronald and Deborah Ratner Distinguished Teaching Awards. Ronald Ratner, of RMS Investment Group, is also the former director and executive vice president of development for Forest City Realty Trust, Inc. He served on the Ohio State Board of Trustees from 2007 to 2015, having been appointed by former Gov. Ted Strickland. Deborah B. Ratner founded ArtWorks, a Cleveland-based arts apprenticeship program, and Reel Women Direct, an award for women film directors. 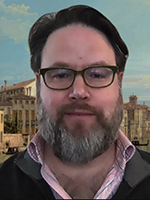 David Brewer works on the literary, theatrical and visual culture of the long 18th century, plus the history of authorship and reading more generally. He is the author of The Afterlife of Character, and the recipient of a fellowship from the National Endowment for the Humanities. His edition of Richard Brinsley Sheridan's The Rivals and George Colman the Elder's Polly Honeycombe came out in 2012 from Broadview Press.

Brewer's object-focused teaching offers his students a unique, effective approach when learning about his areas of expertise. "Teaching with objects is at the center of what I do with all of my courses on the history of the book, and several of my other courses as well," said Brewer. "I am grateful to the College of Arts and Sciences and to the Ratner family for their support."

Brewer will use the funds from the Ratner Distinguished Teaching Award to continue to enhance his teachings even when it's difficult or impossible to offer in-person classes. He will enhance his classes covering the history of the book, historical theories, restoration and 18th-century literature and film. 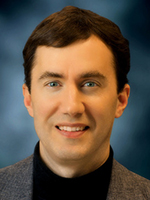 David Hoffmann is a specialist in Russian and Soviet history, with a focus on the political, social and cultural history of Stalinism. His most recent monograph is The Stalinist Era, and he is also the author of Cultivating the Masses: Modern State Practices and Soviet Socialism; Peasant Metropolis: Social Identities in Moscow, which won the Ohio Academy of History award for best book in 1995; and Stalinist Values: The Cultural Norms of Soviet Modernity, which analyzes Soviet official culture and the ideological and behavioral norms it was designed to instill.

Hoffman will use the funds from the Ratner Distinguished Teaching Award to develop both in-class and computer simulations that allow his students to assume the roles of historical actors. "Not reenactments, these simulations require that students make their own decisions regarding political actions, which in turn prompt responses by students playing other roles," said Hoffman. "These simulations not only bring history to life, they also teach students an important lesson about historical contingency." 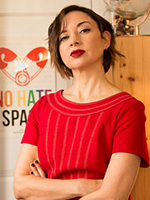 Paloma Martinez-Cruz is the author of Food Fight! Millennial Mestizaje Meets the Culinary Marketplace, Women and Knowledge in Mesoamerica: From East L.A. to Anahuac and is the editor of a new performance pedagogy book with Guillermo Gómez-Peña and Saúl García-López titled A Handbook for the Rebel Artist in a Post-Democratic Society. She also coordinates Onda Latina Ohio, a Latina arts initiative showcasing local Latinx art practices.

Martinez-Cruz will use the funds from the Ratner Distinguished Teaching Award to offer her students direct contact with the south-to-north trajectories of food products. "Ultimately, I hope students will glean an understanding of the power they have to reshape new paradigms in food production," said Martinez-Cruz. "The goal is for my students to participate in planetary stewardship by applying local, national and hemispheric models of sustainability in their everyday lives." 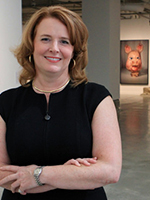 Valarie Williams holds a BFA from The Juilliard School, an MFA and PhD from Texas Woman’s University and is a certified professional notator and teacher of Labanotation. She studied at the Paris Opera Summer Study in Evian les Bains, France; toured with Lincoln Center Institute Touring Programs for four years serving as dance captain; and performed with the Dallas Opera and Sharir Dance in Austin, Texas.

Williams will use the funds from the Ratner Distinguished Teaching Award to design projects that include interviewing international activists, archivists, artists about cultural/historical events related to their selected scores; engage with historians or critics; invite regisseurs of trusts or dance foundations, specialists in cultural documentation, or expert folk dancers. "Output for the class can take on numerous forms: student-designed symposia, podcasts, websites, Instagram posts and highlights,” said Williams. 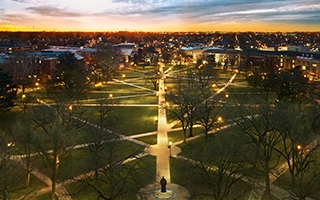