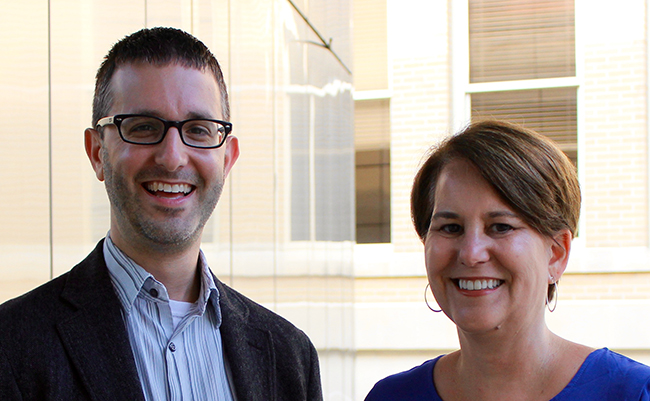 A one-of-a-kind resource developed by researchers at The Ohio State University and Michigan State University is breaking new ground in the area of religious studies by offering scholars and the public a new way to think about and explore the diversity of American religious life.

The American Religious Sounds Project (ARSP) website, which launched last month, challenges scholars, educators, students and others to examine American religious diversity in new and complex ways by listening to its sounds.

“Sound broadens and complicates the ways that we conceptualize and categorize religious places and practice," DeRogatis said. "It invites us to imagine religion as something that people do, in particular times and spaces, rather than something people ‘are’ or ‘have.' Sound directs our attention to collective performances and embodied rituals, rather than approaching religion as solely a matter of interior conviction or private belief. As sound travels, it also crosses physical and social boundaries, allowing for contact in unexpected or new ways.”

The ARSP audio archive includes hundreds of short audio clips, excerpted from longer audio field recordings, providing an intimate look into the vast sonic landscape of religion in the United States, including how secular and religious sounds intersect.

The audio files were produced at a wide variety of religious communities, spaces and practices, from formal sounds of religious institutions, such as prayer, chanting and hymns, to public conflicts over religious monuments in civic spaces and ecstatic exclamations at a rodeo or racetrack.

“It represents religion capaciously, tuning into practices that occur within traditional religious spaces like churches, synagogues and mosques, but also listening for sounds of religion that cross boundaries between religious and secular, public and private,” DeRogatis said. “It represents religion both as extraordinary and transcendent and as a mundane feature of everyday life, and it challenges us to reconceive what counts as religion and where we are likely to encounter it.”

The audio archive allows users to discover connections among recordings, to plot them on a map according to the geographical location where they were produced and to listen to the short, edited clips. The audio clips can be filtered using a range of criteria, such as religious tradition, language, type of sound, type of space, season, day of week, time of day and geographical location. Accompanying each short clip is a brief description of the recording, when and where the recording took place and who did the recording.

The ARSP website is designed to be used by multiple audiences, including:

“The website and archive will serve as an invaluable part of research and innovative scholarship, giving educators and the public an in-depth, experiential learning experience that will open up new avenues of understanding religion’s place in American life, an essential pathway to understanding and empathy as the country grows more diverse,” DeRogatis said.

Currently, about 100 audio clips are available on the website. The research team is continuing to add new recordings to the audio archive, with a goal of eventually having between 300 and 400 recordings uploaded to the site.

Plans also are being made for a traveling exhibit on religion and sound in the United States and to eventually award grants to support the research of other scholars working in these areas whose projects would be featured on the website.

“The need for understanding religious pluralism has arguably never been greater,” Weiner said. “Given the remarkable diversity of American religious life and the increasing polarization of our politics, building a civic culture that is inclusive and valuing of all people constitutes one of the most pressing challenges we face today."

Weiner continues, "the ARSP’s resources are intended to educate and engage multiple audiences around issues of religious diversity in ways that are accessible, compelling, and theoretically informed. Our intention is not to advocate for or against any particular religion, or for the value of religion in general, but to invite critical reflection on how and why we come to conceptualize religion in the ways that we do and the implications of this for American civic life.”

The ARSP is supported by a generous grant to Ohio State University’s Center for the Study of Religion from the Henry Luce Foundation. Other support has been provided by the Humanities Without Walls Consortium, based at the Illinois Program for Research in the Humanities at the University of Illinois at Urbana-Champaign and funded by the Andrew W. Mellon Foundation. Material support also is provided by Michigan State and Ohio State.