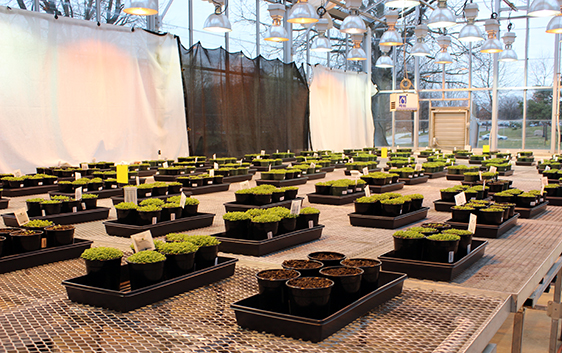 An often-overlooked plant with a hard-to-pronounce name is helping to grow students’ understanding of the impacts of climate change.

You’ve probably never heard of Arabidopsis, but with an entire Arabidopsis Biological Resource Center at Ohio State — including multiple greenhouses, labs, growth chambers and storage facilities — it’s got to be pretty important, right? Turns out, it’s a common weed.

So, what’s the big deal?

While you wouldn’t know by the sound or look of it, Arabidopsis thaliana is a bit of a celebrity in the world of genetics and biology (it’s even been brought to the moon). Known as “the fruit fly of plant science,” it was the first plant to have its entire genome sequenced in 2000.

“We can translate what we’ve learned about Arabidopsis genes into crop plants and potentially ornamental plants,” said Emma Knee, associate director of the ABRC. “We can also generate new variation that could be useful for developing new crops that are, say, resistant to drought.”

Growing on this idea, a team of researchers recently compared the ability of three strains of A. thaliana to survive in various conditions associated with climate change such as increased flooding and drought — a study with big potential applications to agriculture.

The masterminds behind the groundbreaking experiment? High school biology students.

In addition to supplying Arabidopsis seeds and DNA to researchers in more than 60 countries, the ABRC provides free Arabidopsis seeds to K-12 science teachers like Morgan Gaskill from Boca Raton, Florida, whose AICE biology class worked closely with ABRC Education and Outreach Specialist Courtney Price to develop the robust climate change experiment above.

The research project, which the students named "Stressed Out!", will soon be available to teachers around the world. 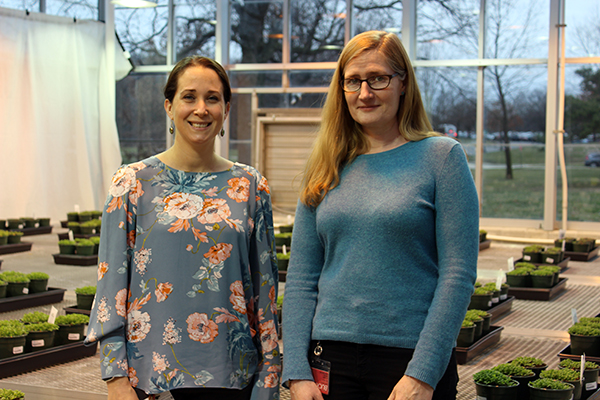 Because they’re quick to grow and small in size, model organisms like A. thaliana are easy to maintain in classroom experiments and are therefore a fantastic teaching tool, Price said.

“There’s something called ‘plant blindness,’ which refers to the fact that when left to their own devices, the average person will gravitate more toward animals and animal science, and so it’s more strongly represented in K-12 curriculums,” she said. “But there’s a lot to be learned about plants, and Arabidopsis is an easy way for teachers to introduce plant sciences and also do science on a living organism within the classroom without the ethics and logistics of an animal model.”

Educators can download dozens of pre-written, replicable experiments through the ABRC’s Translating Research on Arabidopsis Into a Network of Educational Resources (TRAINED) and Greening the Classroom initiatives, but the Florida class's climate change experiment is the first of its kind. Price said she eventually hopes to publish a peer-reviewed paper about the collaboration with the students as co-authors.

“They really did something authentic; something more than just a cookie-cutter lab where the results are already known,” she said. “I think we’ve seen a huge jump in the past few years of awareness and understanding, especially among our younger generations about climate change, its causes and the potential impact.”

“The idea that our module could help enrich the learning of countless other students is such a privilege, and it was amazing for my students to get to work so closely with the university for this project," Gaskill said. 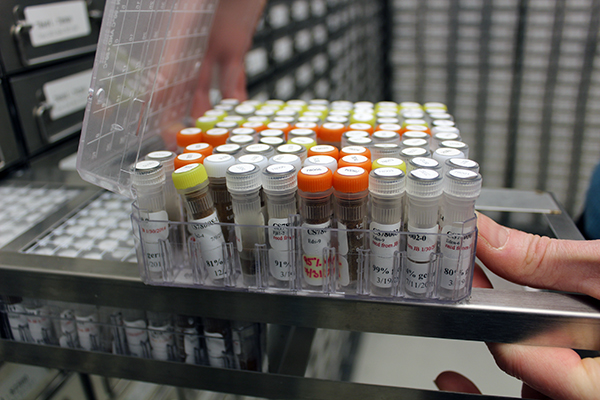 The ABRC houses hundreds of thousands of Arabidopsis seeds, which are shipped to educators and researchers all over the world.

Price also travels to schools and educational conferences to walk teachers or students through exercises, and the center teams up with local partners such as COSI and the Franklin Park Conservatory for event-based public outreach about the importance of plant science.

Knee said one of the center’s ongoing challenges is simply explaining what Arabidopsis is.

“It’s kind of small; it’s not flashy,” she said. “It has this potential, but how do we present it in a way that the teacher recognizes the potential, and how can we spark that interest in the students?”

Established in 1991 as an National Science Foundation-funded center, the ABRC houses more than 1 million unique Arabidopsis resources in the form of DNA or seeds. There are only two other Arabidopsis resource centers in the world, in England and Japan.

“For a not-so-noticeable plant with a weird name, there’s a lot of people around the world who have heard of it and are doing something with it,” Knee said.