So when local restauranteurs opened a new, Mediterranean-style eatery in the Short North featuring these foods, Brassica was a fitting name.

“The name has a lot of meaning for us because we serve loads of those foods,” said Brassica co-founder and ASC alumnus Sean Jones, who earned a BA in music history in 2006. “And it was fairly unique in the restaurant world. There were no restaurants in the country with that name.” 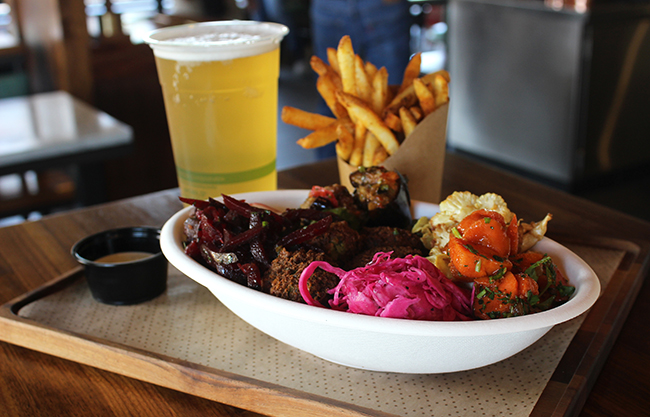 Brassica's menu includes falafel, chicken shawarma and brisket that can be put in a pita sandwich or atop a bed of salad greens and lentils. 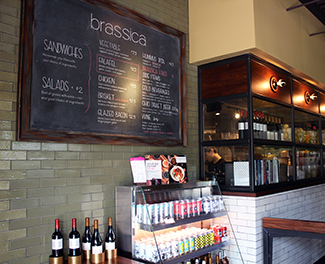 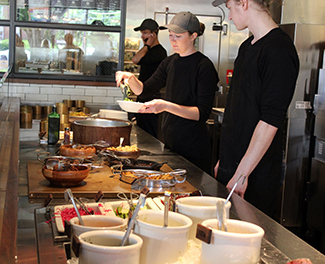 Brassica, the owners of which also operate Northstar Cafe, opened in 2014. Jones, who had previously been general manager at Northstar, was selected to head Brassica, and the fast-casual eatery has since expanded to locations in Upper Arlington, Bexley and Cleveland.

Jones draws a lot of parallels between his Arts and Sciences education and his career in the restaurant business. As a bassoon player, Jones played in a range of ensembles and learned the value of working within groups of different sizes.

“You could play in a quartet or in a group of a dozen people, and you had to learn to understand the goals of the group you were playing in and your role in fulfilling those goals,” he said. “With Brassica and our team, we couldn’t do anything without the great people that work for us.”

Brassica’s mezze-inspired menu is a simple yet refined medley that includes items like falafel made with organic chickpeas, slow-roasted chicken shawarma and spice-rubbed braised brisket that can be devoured in a pita sandwich or atop salad greens and lentils. A variety of tantalizing toppings include shredded pickled red cabbage, spicy carrots, diced marinated eggplant and roasted cauliflower. And of course, don’t forget Brassica’s crispy fries dusted with paprika and sumac.

“And it just so happens that brassicas are really happy to grow in central Ohio, so we have some farms that can supply us,” Jones said.

Many of my professors insisted that to be a successful musician, you had to learn how to practice by yourself because most of the improvement that you make as a player happens in practice,” Jones continued. “I've tried to apply that principal to my professional career.” 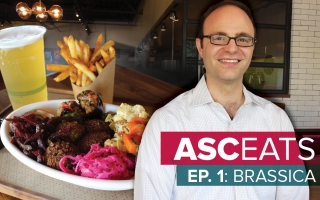