Few culinary creations capture the crux of college life quite like ramen.

The ramen packets you can snag at the grocery store speak to most college students. They’re cheap, salty, easy to make and filling. For decades, they’ve checked off all the boxes for the hungry collegiate crowd.

But there’s a world of ramen that refuses to settle, one that shatters instant-noodle stereotypes spawned by late-night dorm room hankerings and instead embraces the meal’s origin — one that is luxurious, rich, packed with umami and true to its heritage.

Within that world lives Fukuryu Ramen, an eatery that both pays homage to and puts a contemporary spin on ramen’s traditional Japanese roots. With establishments in Upper Arlington and Dublin, Fukuryu Ramen and its owner, ASC alumnus Jeff Tsao, now sit squarely within Columbus’ burgeoning food scene.

“There’s a push toward authenticity and big flavors, and that’s where we play,” said Tsao, who earned a BA in psychology in 1999. “It’s really great how many different facets of food there are in Columbus, and it’s a lot of fun being in this business.” 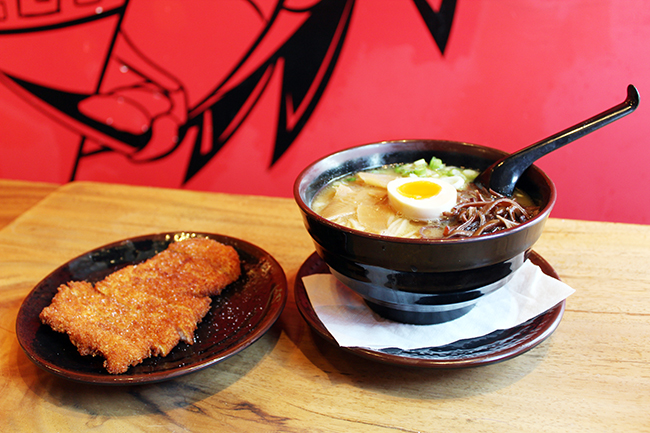 Fukuryu Ramen patrons can choose from traditional ramen dishes such as tonkatsu, miso or shoyu to more modern ramen bowls like the Red Dragon Ramen or the Junk Ramen. 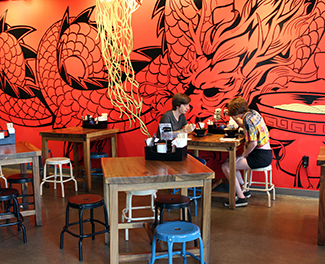 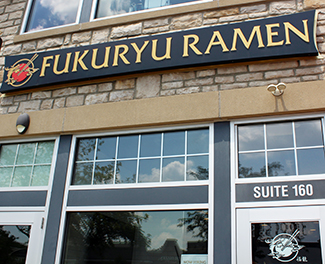 Tsao began his journey at Ohio State on a premed track, establishing a science background that has helped him succeed in the restaurant business. He eventually switched his path to psychology, a degree he continues to draw from.

“Restaurant work is very much people work,” Tsao said. “Knowing what can help someone make better decisions or help them navigate potential issues is really helpful. The science base helps us with a lot of the formulations that we do, coming up with new products and launching them faster. Marketing is very psychology based.”

Tsao was 3 years old when he moved from California to Columbus after his father became general manager at the legendary Kahiki Supper Club, a former Tiki-style restaurant. Tsao started working at Kahiki when he was 13 before going to school at Ohio State. After Tsao graduated, he studied at the Culinary Institute of America in New York, where he earned an associate’s degree in culinary arts.

Tsao started working at the Four Seasons restaurant in Boston and helped open one in San Francisco before returning to work for his parents and Kahiki, which had transitioned into frozen foods. This led to Tsao opening the first Fukuryu Ramen in Melbourne, Australia.

“It was an experiment to establish Fukuryu Ramen and test out the recipes and do everything in Australia,” he said. “Then we brought the whole concept back here.”

Fukuryu is rife with different ramen styles. Some are traditional, like the signature tonkotsu, shoyu or miso varieties. Others are more modern, like the popular, spicy red dragon or the lightly spiced tam tam. Fukuryu also offers rice bowls, salads, gyoza, edamame and baos, a steamed bun filled with items such as spicy chicken, pork belly or tofu. Each recipe on the menu is crafted to yield as much flavor from its ingredients as possible.

“The bone broths are cooked for hours and hours and hours to extract the collagen and proteins from the bones,” Tsao said. “That helps us create a very creamy, rich, full-bodied broth for the soup.”

Whether you’ve got a bowl of noodles on your desk while you cram for a test or you’re sitting down for a meal at Fukuryu, ramen is a staple that spans generations, styles, countries and residence halls. Tsao’s education has helped bring his own take on the dish to Columbus, and it will aid him in taking the next step in the culinary world — whatever that may be.

Ramen is kind of trendy now,” he said. “I do believe it’s going to stick around for a while, but at the same time, we need to make sure we’re planning for our future and exploring what’s next for ourselves.” 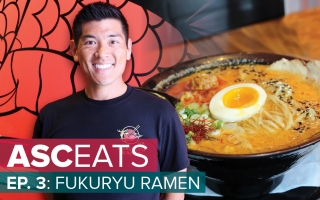