When Vera Brunner-Sung, assistant professor in the Department of Theatre, heard Mark Metcalf had moved to Columbus, she knew he would be a great fit for a film concept she wanted to explore.

Metcalf was an actor who struggled with being typecast throughout his career. Brunner-Sung was looking for ways to merge her background in documentary filmmaking with her interest in fiction, and she had become fascinated with actors and the relationships they have with their roles. 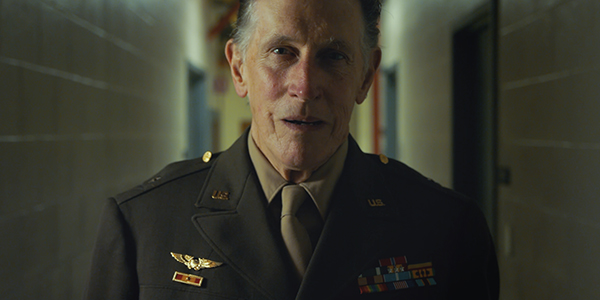 Metcalf, above, in a still shot from "Character." He often played characters such as military or law enforcement members.

The ensuing collaboration culminated in the documentary short film “Character,” which will have its world premiere at the Sundance Film Festival on Jan. 26. The film is a portrait of Metcalf, now in his 70s, who is known for playing aggressive, authoritarian figures in movies and television — a pattern that started in 1978 with his role as Doug Neidermeyer in “National Lampoon’s Animal House” and continued with his recurring appearance as 'The Master' on "Buffy the Vampire Slayer."

“Part of this is that actors don't have that much control over how they get cast,” Brunner-Sung said. “They're usually working in service to someone else's vision, so I was interested in how that might start to shape people's identities. The connection with Mark was really lucky."

Brunner-Sung first met Metcalf about a year after she moved to Columbus from Missoula, Montana — the same city Metcalf also moved from.

“I thought, ‘Nice to meet you, and by the way, I have this idea I’m interested in,’” Brunner-Sung said. “I’m thankful he was also, as an actor, as a creative person, interested in doing something creative and meeting people in the community here.” 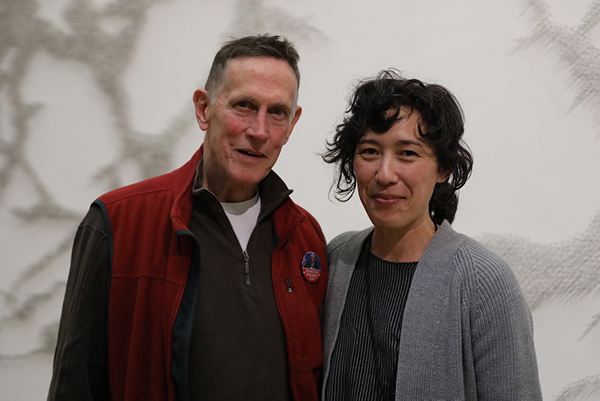 Vera Brunner-Sung, right, hopes "Character" will shed light on larger issues of representation, exploring why Metcalf, left, thinks he's cast in particular roles and how those are connected with race, gender, class, power and priviledge.

They started recording interviews in the Arts and Sciences Technology Studio, and through those conversations, Brunner-Sung started pulling together a script. She brought in local film production company Loose Films and shot “Character” over two days in 2019. The process included partnerships across Ohio State: her Department of Theatre colleagues helped design the wardrobe and provided access to props, the crew filmed in the Motion Lab in the Advanced Computing Center for the Arts and Design (ACCAD) and the sound was mixed through the Wexner Center for the Arts’ Film/Video Studio Program.

“The experience of collaborating defines a lot about how I think about the film, and (with “Character”) everything went smoothly,” Brunner-Sung said. “It all jelled really nicely together.”

Johnny Elder, a production assistant for “Character” and a fifth-year double majoring in moving-image production and Japanese, was responsible for getting Metcalf ready for each scene, powdering his nose and organizing wardrobe changes between shots.

He said working alongside a professional crew gave him a hands-on understanding of how films are made and better prepared him for getting a similar job in the future. 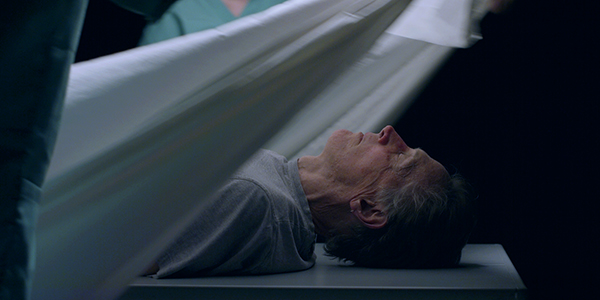 Mark Metcalf, above, in a still for the the short film "Character."

“Working with the team was almost surreal because (even though) it was a small production, I've never been a part of something that big,” Elder said.

“Character” is the first of Brunner-Sung’s films to be accepted into Sundance, marking an exciting step in her career and presenting an opportunity for her to share and contribute to the Columbus filmmaking scene through a broader audience. But she says the screening is particularly special because of the collaboration and creativity that went into making the film, from the first interview to the last edit.

“It’s especially beautiful, I think, that we got into Sundance because it was such a positive experience before then as well,” Brunner-Sung said.