As Ohio State celebrates its sesquicentennial and looks ahead to its future, there’s an opportunity to shed light on its storied past.

Buckeye Biography: 150 Years of Ohio State is a free, non-credit online course available through the spring semester to anyone interested in learning more about The Ohio State University’s story. Associate professor of history David Staley and university archivist Tamar Chute explore some of the university’s most historically significant periods through nine modules, each based around a different theme:

We sat down with Staley to learn more about the course, what participants can expect and why it’s a topic of interest for anyone who loves the Scarlet and Gray.

What led to the decision to create this course and make it free to the public?

I team-teach an undergraduate, 4,000-level course every spring on the history of Ohio State with Tamar Chute. We’ve been doing that together now for about the last five years. Tamar has been wrapped up in sesquicentennial celebrations; she just made the coffee table book Time and Change: 150 Years of The Ohio State University, and two years ago, we decided it would be a good idea to offer an online version of that course we teach in the spring to commemorate the sesquicentennial.

How is the course curriculum organized?

Each module has a short video introduction from me. I always teach in my history classes that to be an historian means to read and analyze documents. Because we’re working with the University Archives on this, we have four to six documents for each module, and we ask the participants to “be an historian” and analyze those documents. For instance, for the module on the Thompson era, we have two speeches: one he gave at the beginning of his tenure as president — he served over 25 years and was our longest serving president — and one toward the end of his presidency. We ask participants to compare and contrast how he talks about the nature of higher education in each speech.

What in this course strikes you? What have you learned from it yourself?

That we were a global university a lot earlier then I had imagined — both in terms of our worldwide impact outwardly but also in terms of international students coming here. That happened a lot earlier in our history than I think even I realized.

I also learned more about women’s athletics. There’s a module on athletics, and I’m sure there will be some people who are disappointed because we don’t talk about high-profile athletes like Archie Griffin or Chic Harley or anyone like that. We do talk about the creation of Ohio Stadium, but we spend a fair amount of time talking about women’s athletics at Ohio State before and after Title IX.

What are some interesting things the public might not know about that this course covers? 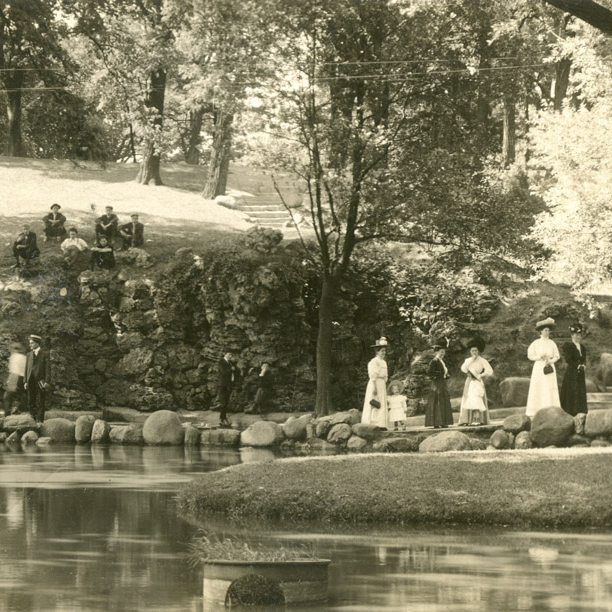 I hesitate to say the next one, but I’m going to say it anyway: There’s a possibility that Script Ohio might’ve been inspired by the University of Michigan. Apparently, Michigan formed a script, but not in the same way we did; they sort of marched into a version of Script Ohio as opposed to the way we spell it out. So, there are some that would argue that maybe Michigan set the precedent for Script Ohio, which is really hard to say. That’s going to draw some attention.

I think something else people will learn they weren’t expecting is how differentiated and hierarchical gender was, and how the genders were treated at this university. Attitudes toward gender really doesn’t start to change until the late 1960s and early 1970s, but literally there were separate facilities for women. There were two student unions for instance. Women weren’t permitted in the male union — certainly not to dine. If they were officers in a club or if there was a meeting there, they were able to go into it. But it wasn’t until they built a separate union for women that they had something like a student union. There were also separate honoraries for men and women. Literary societies were a feature of the late 19th century, and there was a male and female literary society. It really is the 60s and 70s when we see those attitudes changing. In fact, when the Ohio Union — the original Ohio Union that was built in 1951 before the most recent Ohio Union opened in 2010 — the students petitioned to demand it allow both men and women.

What makes this course so special and interesting to the folks in Columbus?

I think there’s a love of Ohio State by a lot of people, not just alums. There’s a real sense of devotion to this university. You see it when people shout “O-H” at each other. Go to any airport in the country and shout “O-H,” and you’re going to get a reaction from it. And I think one of the things that underlies this course is that we gently tug at certain mythologies that have grown up around the university. The first organized sport at Ohio State wasn’t football; it was baseball, for instance. That’s going to catch a lot of people off guard.

I think on the one hand, we are celebratory of this university’s history while at the same time we are also critical at stages. It’s not completely a sunny sort of story. We talk about gender differentiation, and race has also been an issue in the history of this university. Though we certainly want to celebrate, we wanted to have critical component as well, and that was something that Chute and I and the designers of the course spent a lot of time talking about.

What sort of imprint has the Arts and Sciences and the Department of History had on this course?

The undergraduate spring course I mentioned earlier is an Arts and Sciences course. All along, the college has been behind this endeavor, and I have to say that there are not lot of colleges and universities that teach courses on their own history. The college’s support has been invaluable.

What do you hope those who take this course come away with?

We also have a unique student life. Student life isn’t necessarily tied to the academic mission, but I think, as we say in the videos, the flavor and texture of this university is determined as much by its student life as anything else. 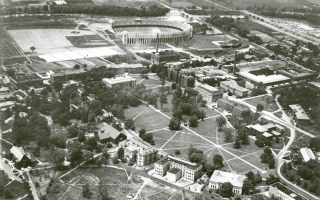