Ohio State’s Institute for Democratic Engagement and Accountability (IDEA) has been awarded a highly competitive, $2 million grant from the Institute of Education Sciences (IES), the statistics, research and evaluation arm of the U.S. Department of Education. The project is a new collaboration between political scientists at Ohio State and Brown University, along with education and policy faculty at the University of California, Riverside.

The team will develop and test a social studies curriculum module, “Connecting Classrooms to Congress,” that will give high school seniors an opportunity to study a pressing public policy issue and meet with their member of Congress to discuss the issue in an innovative online setting called a Deliberative Town Hall (DTH). The students then reflect on that event through analytical writing and continue the conversation within their classes and the broader community. 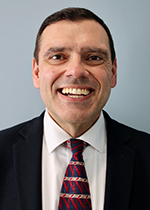 “Ohio State’s motto is ‘Education for Citizenship.’ Given rising concerns about the health of our democracy, it has never been more urgent for a land-grant university like Ohio State to redouble its efforts to advance the mission announced in that motto,” said Michael Neblo, director of IDEA, professor of political science and Ohio State’s principal investigator on the project. “We will introduce newly enfranchised citizens to a more constructive form of politics early in their civic lives and study any short- and long-term differences doing so makes for their political attitudes and behaviors.” The team will also study the elected officials’ contributions to the events, and interview staff afterward.

The three-week-long module will ask students to research all facets of a policy issue and teach them to judge the credibility of information they find. The students will have input on the topics selected, but those issues will be controversial and relevant to their lives, such as environmental policy or college loan debt. Students will keep an online journal and be expected to engage and at least understand points of view they may disagree with. Later, they will use an online platform to discuss the issue with their elected member of Congress. The research team has developed a special online platform, Prytaneum, designed to promote the deliberative democratic principles Neblo and colleagues developed in their 2018 book, Politics with the People: Building a Directly Representative Democracy. 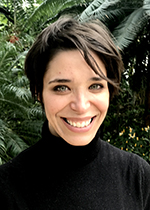 “We are so excited to be extending these deliberative opportunities to younger people. They want to have their voices heard, but elected officials rarely make special efforts like this to bring them into the conversation,” said Amy Lee, associate director of IDEA. “We hope such experiences will develop crucial civic skills and set the tone for more and better engagement with politics as they head into college and adulthood.”

The project builds on over a decade of research by Neblo and his collaborator, Kevin Esterling, professor of public policy at UC Riverside, who directs the university’s Laboratory for Technology, Communication and Democracy. Contrary to many people’s expectations, the researchers found that constituents who accepted the invitation to participate in DTHs were not just those who were already the most politically active. In fact, participants were more representative of all eligible voters than just regular voters. These new opportunities for deliberation drew those turned off by traditional partisan politics back into the process again. DTHs gave people a more direct voice in government, which in turn had several desirable effects — including enhanced policy learning, a willingness to hear diverse perspectives and increased trust in government. The American Academy of Arts and Sciences’ Commission on the Practice of Democratic Citizenship recently cited DTHs as a best-practice model for making Congress — and democratic institutions more generally — responsive and resilient in this era of reduced trust, misinformation and extreme polarization.

“When representative democracy is working well, voices across the whole community are included on equal terms, but that is often far from the case right now,” Neblo said. “High schools educate all of the children in their communities, so working with them to develop habits of highly inclusive, respectful civic engagement in their students seemed like a great way to start moving in a better direction. There is an old proverb: ‘The best time to plant a tree is 20 years ago; the second-best time is today.’ IDEA’s strategy has been to plant trees today by continuing to engage adults in DTHs. With this project, we are starting to plant trees for 20 years from now when these young people will be running the country.”

The push to bring DTHs to schools also draws from the research of co-investigator William Minozzi, associate professor of political science at Ohio State, and co-principal investigator Jonathan Collins, an education, political science and public policy professor at Brown University. Collins has been designing studies that show the value of incorporating elements of deliberation into school district and school-level decision-making.

“Deliberation is a tool that, when used properly, can truly empower kids and parents, particularly the ones on the margins of our society,” Collins said. “It’s a way to give literal voice to the people our political system too often neglects.”

After engaging in their forum, students will also watch a recorded DTH where the same issue was discussed with a member of Congress from a different political party than their own representative.  They will also have the opportunity to talk with students from this other community about the issue. Students will then engage in a writing exercise that can take several forms: a policy memo, a persuasive essay, a collaborative writing exercise or a social media post designed to raise awareness among the broader public.

With funding from IES, the team will pilot test the social studies module in a handful of 12th-grade classrooms. The team will then rigorously test it as part of a randomized controlled trial in dozens of schools drawn from a diverse set of communities in California, Illinois and Florida.

Ultimately, the researchers hope this curriculum and the opportunity to engage with students’ member of Congress will become available to schools throughout the country, developing into a routine part of education for citizenship and enhancing our representative democracy. 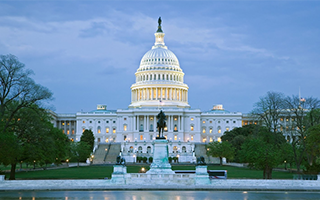