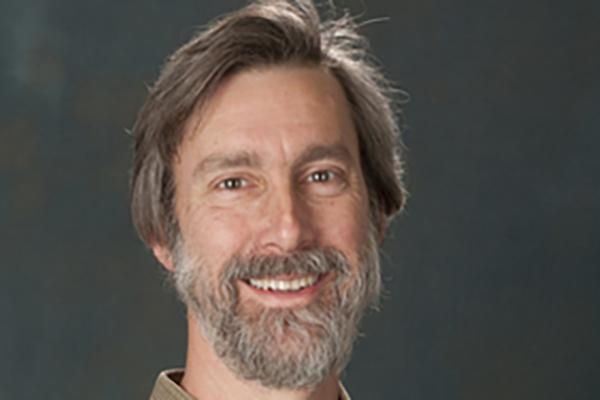 David Weinberg, Distinguished University Professor of the Department of Astronomy, has won the 2021 Dannie Heineman Prize for Astrophysics, awarded jointly by the American Institute of Physics and the American Astronomical Society to recognize outstanding mid-career work in the field of astrophysics.

Weinberg shares the distinction with Robert Lupton, a senior research astronomer at Princeton University. Both were recognized with the Heineman Prize for their contributions in the guidance and participation in groundbreaking science stemming from modern large-scale astronomical surveys, particularly the Sloan Digital Sky Survey (SDSS).

Weinberg is the second Ohio State faculty member in two years to win the award. Christopher Kochanek, professor and Ohio Eminent Scholar in the Department of Astronomy, was awarded the Heineman Prize in 2020.

“It is a huge honor, bolstering and humbling at the same time,” Weinberg said. “The most satisfying part of winning this award is to read the list of previous winners, an extraordinary group of scientists. The list includes my PhD thesis advisor, Jim Gunn, who was also Robert Lupton's thesis advisor. Jim won the Heineman Prize when I was in graduate school, and the project that would become the SDSS was still just a gleam in Jim's eye.”

The Heineman Prize lauds Weinberg and Lupton’s various contributions to the SDSS and its ongoing mission of delving farther into space. Since the SDSS began making observations in 1998, it has created some of the most detailed three-dimensional maps of the universe and has dramatically expanded astronomers’ understanding of asteroids, stars, galaxies and quasars.

Weinberg’s involvement with the SDSS dates back to 1992 when he was a postdoctoral researcher at the Institute for Advanced Study. He joined the Ohio State faculty in 1995, and Ohio State became an institutional member of the SDSS collaboration in 2005. Weinberg served as the spokesperson of SDSS Phase II from 2005-2008 and the project scientist of SDSS Phase III from 2008-2014.

“I am proud of my own contributions to the SDSS, and I’m also proud that so many Ohio State researchers have become technical and scientific leaders in the SDSS and in the major cosmological survey experiments that have followed it,” Weinberg said.  “More than a dozen Ohio State graduate students have written PhD theses based on SDSS data, and one of our graduate alumnae is now the director of SDSS-V.”

Weinberg’s early research with the SDSS concentrated on the clustering of galaxies and its cosmological implications. Lately, however, his focus has shifted closer to home, where he is investigating the chemical composition of the Milky Way Galaxy.

“These days, the biggest component of my SDSS research is understanding the nucleosynthetic origin of the chemical elements and the history of the Milky Way, both relatively new subjects for me,” he said. “Part of what I enjoy about being in a survey collaboration is that it draws me into science areas I might never have explored otherwise, and it allows me to collaborate with world experts in those areas.”

Lupton’s work with the SDSS includes developing the most critical, challenging components of the software needed to analyze its massive volume of imaging data.

“Robert is an algorithm and software genius, and the SDSS could not have happened without him,” Weinberg said. “In many ways, Robert and I are a study in contrasts. Pairing us for the Heineman Prize was an inspired choice because it illustrates the wide range of talents and outlooks that are needed for a project like the SDSS to succeed.”

The current phase of the SDSS started in summer 2020 and encompasses the entire sky. SDSS-V aims to get optical and infrared spectra of over 6 million objects during its five-year lifetime, mapping the Milky Way, nearby galaxies and black holes.

“I would love it if astronomy leads to yet another staggering breakthrough in fundamental physics — on par with the discoveries of dark matter and cosmic acceleration,” Weinberg said. “But one thing I have learned from 35 years in astronomy is how fabulously rich it is. New instruments or new theoretical methods can revitalize a subject that might have seemed sleepy for a couple of decades, and new subjects can emerge almost out of the blue.”

Weinberg and Lupton will receive their award at an upcoming American Astronomical Society meeting and are invited to speak at the conference. They will each receive a certificate and split a $10,000 award.