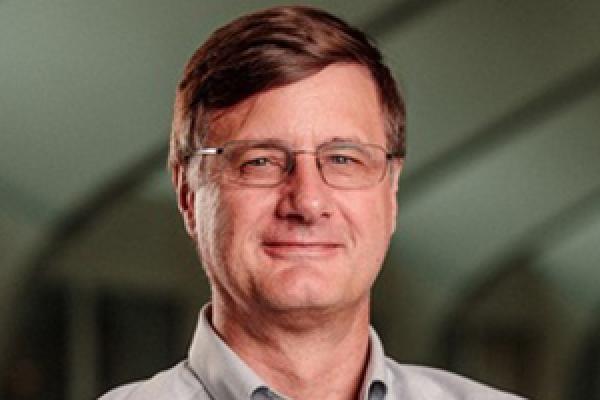 OFRN awarded $7.5 million in grants to six projects in round four of the organization’s Sustaining Ohio Aeronautical Readiness and Innovation Next Generation (SOARING) initiative that supports research and development of unmanned aerial systems (UAS) such as personal air vehicles and logistics delivery air vehicles.

Columbus-based Asymmetric Technologies was awarded $1.5 million for further development of its IronClad Secure Flight Controller (SFC) technology. It is partnering with researchers from Ohio State and Ohio University. Sponsored by the Air Force Research Laboratory, the “Resilient and Secure UAS Flight Control” project aims to add three specific enhancements to the IronClad framework. Ohio State will lead development of fault-tolerant avionics control capability and integration of physically unclonable function modules for enhanced cybersecurity. Ohio University is developing a sensor and platform-agnostic sense and avoid autonomy suite. Daniel Gauthier, professor in the Department of Physics is principal investigator and College of Engineering Research Scientist Matt McCrink is a co-PI.

At the conclusion of the 18-month project, an IronClad SFC with the three new capabilities will be integrated onto a Lockheed Martin Rotary and Mission Systems UAS platform and demonstrated at the National Center for Medical Readiness tactical training site in Fairborn, Ohio.

Future drones will be flown in swarms and beyond the human pilots’ own limited lines of sight. These new drones — which represent a $3.6 billion market — will need a sensor that keeps them from hitting other objects in the air or on the ground. Furthermore, technology is needed to classify and track small unmanned aerial systems up to 2 kilometers away. Ghostwave’s solution utilizes pseudo-random noise radars from The Ohio State University patents, exclusively licensed to GhostWave

Engineering physics alumnus Dean Zody is CEO, and Electrical and Computer Engineering Associate Professor Wladimiro Villarroel is a radar consultant at GhostWave. This is one to two OFRN-funded projects on which GhostWave and Ohio State are collaborating.

SOARING funding leverages Ohio’s unique aerospace assets to assist recipients in overcoming critical technical barriers and business challenges to enable more widespread adoption of UAS into the national airspace. This milestone is a major move for OFRN in its mission to improve the state’s innovation economy through R&D and to lead the nation within the UAS market by supporting collaborative arrangements among businesses, academia and the government.

“The United States Air Force has aggressively enhanced its UAS capabilities over the last few years because they provide our Airmen more strategic level effects on the battlefield than any other weapon system in the inventory,” said Joseph Zeiss Jr., Ohio Gov. Mike DeWine’s senior adviser for aerospace and defense. “Programs such as OFRN’s SOARING will have a direct impact on our overcoming critical technical barriers, enable more widespread adoption of UAS into the national airspace, as well as position Ohio as a leader within the UAS industry.”

SOARING projects must focus on priority research initiatives of the Air Force Research Laboratory, Naval Medical Research Unit Dayton, National Air and Space Intelligence Center and National Aeronautical and Space Administration’s Glenn Research Center. Each project must include at least two Ohio universities, one industry member and engagement with an Ohio-based arm of a federal partner. Recipients must also provide a demonstration of the technologies they develop.

OFRN is a unique applied research collaborative created by the Ohio General Assembly in 2015. In the last four years, OFRN has leveraged $32 million in state funds to attract nearly $170 million in new research awards, and $350 million more in its funding pipeline. OFRN research projects include 14 universities and community colleges throughout the state and 90 industry partners.