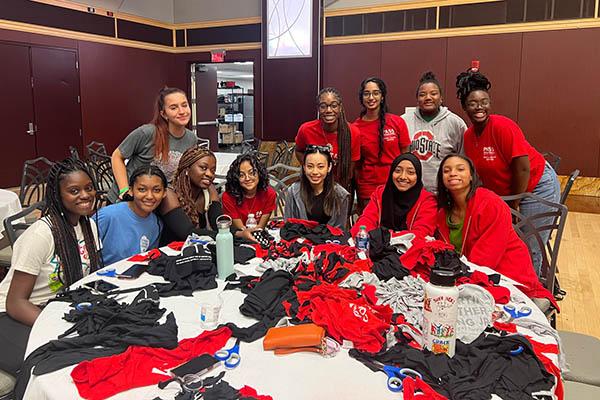 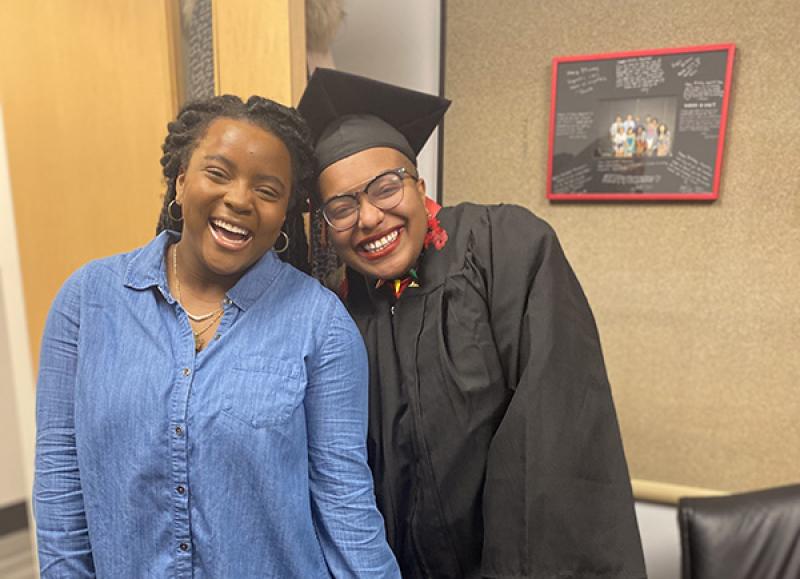 When students first come to Ohio State, it’s easy to imagine them being intimidated by the university’s size and wondering how they will find friends, clubs, organizations or the many resources available to them.

But being a part of the Program for Advancing Scholarship and Service (PASS) gives students a fast track to all those things and more, including early registration for courses, health and wellness workshops and roundtable discussions.

In any given week, as a PASS Scholar, undergraduates in the College of Arts and Sciences can get insightful, expert advice on building their resumes. Then they can watch movies and discuss them in meaningful, challenging conversations with peers. Some weeks, students build lifelong friendships and help the Columbus community through service projects, like removing invasive honeysuckle plants from public parks.

“It was me and some other girls [removing] honeysuckle together, talking and getting to know each other on a deeper level,” said Ruth Elendu, a senior majoring in Middle Eastern Studies and African Studies. “It was just like, ‘Yeah, these are my people. This is who I’m going to stick with for the rest of my four years.’”

The PASS program is geared toward underrepresented students and designed to appeal to those with a shared interest in the academic, cultural, career and community benefits of service and leadership development. Working with peers, students become PASS Scholars as freshmen at Ohio State and share those bonds during their time at the university and beyond.

When a student applies to PASS and is accepted, they start benefitting from the program before their first semester begins. Through the Early Arrival program, new students get to meet their fellow PASS Scholars as well as Peer Leaders — upperclassmen who have already gone through PASS serve as role models.

“The sense of community I found was an immediate feeling of belonging,” said Emmanuel Long, a first-generation college student majoring in medical anthropology. “While everyone in the program might not necessarily look like me, we’re all first-years who come from different backgrounds that might have been historically and intentionally excluded. By being in that background, we’re able to relate and empathize with each other.”

Once the semester begins, PASS Scholars formally meet at least once per week. Because they become fast friends, though, they often see each other more than that in classes, clubs and social settings. Through their relationships with each other, PASS Scholars discover Ohio State organizations they want to join, courses they want to take and make connections to build their social capital. 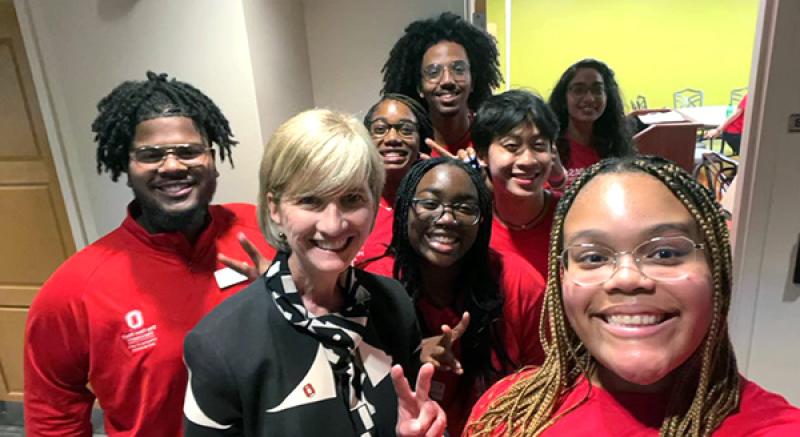 Ose Arheghan, a 2022 graduate with degrees in political science and Chinese, recently accepted a position at Google. Arheghan might not have a direct relationship with current PASS freshmen anymore. But because the program had such an impact on them, Arheghan is always willing to assist current PASS students.

“PASS did the best job of delivering on what they promised consistently,” Arheghan said. “Building a community, a family, a home, a cohort. That’s something a lot of organizations on campus promise. PASS is where I found that.”

Jalahan Kamara, a psychology major from Gahanna, always knew she wanted to attend Ohio State. She joined PASS because it seemed like a fun experience and a quick way to build a community. Kamara praised her Peer Leaders, who helped her apply for the Outstanding First Year Student Award, which Kamara won.

After seeing what her Peer Leader gave back to PASS, Kamara now serves as a Peer Leader herself, helping to support the next cohort of PASS Scholars.

“If you have any questions or need help, [Peer Leaders] made it so easy to contact them,” Kamara said. “Without PASS, I can’t imagine where I would be at Ohio State right now.”

While getting career advice or performing community service could be reason enough to join PASS, students often found that the most poignant parts of the program were intimate discussions after official events concluded. Yondris Ferguson, a senior pursuing degrees from the Department of African American and African Studies as well as the Department of Political Science, recounts a memorable night in PASS that was just a conversation with a few peers and staff.

Following a session on resume building, Ferguson stuck around and had a deep talk about the circumstances that Black students face at predominantly white institutions.

“The reason that sticks out to me is because that was really the first time I had ever found people that had similar life experiences to myself,” Ferguson said. “That was really the first time where I felt a meaningful connection to other students on campus. … Those conversations that some of us would have at the end of meetings…were perhaps the most meaningful and philosophical conversations I ever had in my life.”

At the heart of the program is Angelett Anderson, College of Arts and Sciences staff member who runs PASS. Multiple students said Anderson is their favorite person at Ohio State. Others praised Anderson as an advisor, mentor and friend.

Whether it was helping with meals, writing letters of recommendation, scheduling workshops or just lending an ear, Anderson’s commitment to PASS helps make it one of the most special programs in the College of Arts and Sciences.

What did I get from PASS? Not to be sappy, but I got family.”