Thirty-eight eager high school students from around the country came to Ohio State the week of August 8 for the Humanities and Cognitive Sciences High School Summer Institute. The weeklong program, the only of its kind in the country that integrates humanities with cognitive sciences, provides a critical thinking forum for those who want to explore big questions at the intersection of these disciplines.

“At the summer institute, students begin to see how the humanities and cognitive sciences work together to help us understand how we imagine, artistically create and materially transform the world in which we live,” said Frederick Luis Aldama, professor of English, director of the Latino and Latin American Space for Enrichment and Research (LASER), and co-director of the institute. “For example, new research in brain sciences can help us understand how we create and consume culture such as film, comic books, TV, poetry and video games. Combining this knowledge with research being conducted in the humanities can help us better understand critical processes such as thought, feeling, and action in our scientific world.”

During the week-long camp, students spent the mornings with world-renowned professors for a series of lectures on topics ranging from “The Science of Creativity” and “GPS in your Brain” to “Engineering Your Favorite Story.” In the afternoons, they participated in hands-on lab activities and research projects with Ohio State student mentors.

Ohio State President Michael V. Drake opened the institute with presentation on the impact of socially conscious music on our brain. He teaches a course on music during the civil rights era and its profound effect on brain and behavior.

“The summer institute allows high school students to get an insider’s look at the rigors of problem-solving and analysis while learning from scholars and scientists who are the leaders in their fields,” said Lu.

Ohio State student-mentors are also a critical part of the success of the institute. One of this year’s mentors was Trae (Ronald) Yates, a fifth-year English major. Yates took a week off from his full time job to come back a second year as a mentor. 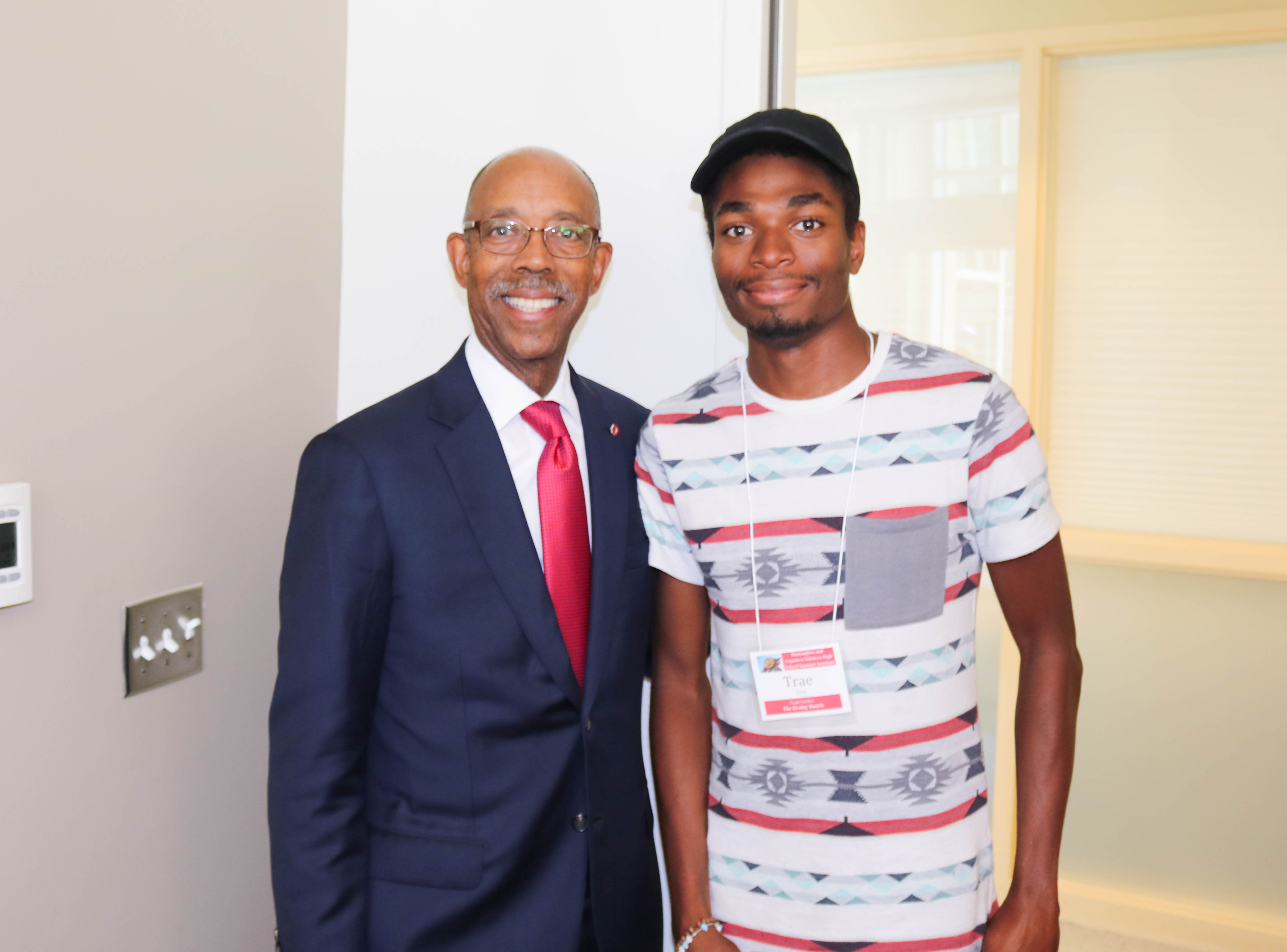 “Before last year, I had never mentored students before — but it was such an honor and such an amazing experience that I wanted to come back. I learned just as much as the kids,” Yates stated.

The high school students were equally passionate about what they learned at the institute. Their eyes lit up when talking about the lectures.

Zion Foster, a rising sophomore at Fort Hayes Metropolitan Education Center, said he wants to be an actor, and the institute taught him how much cognitive sciences can play a role in acting. 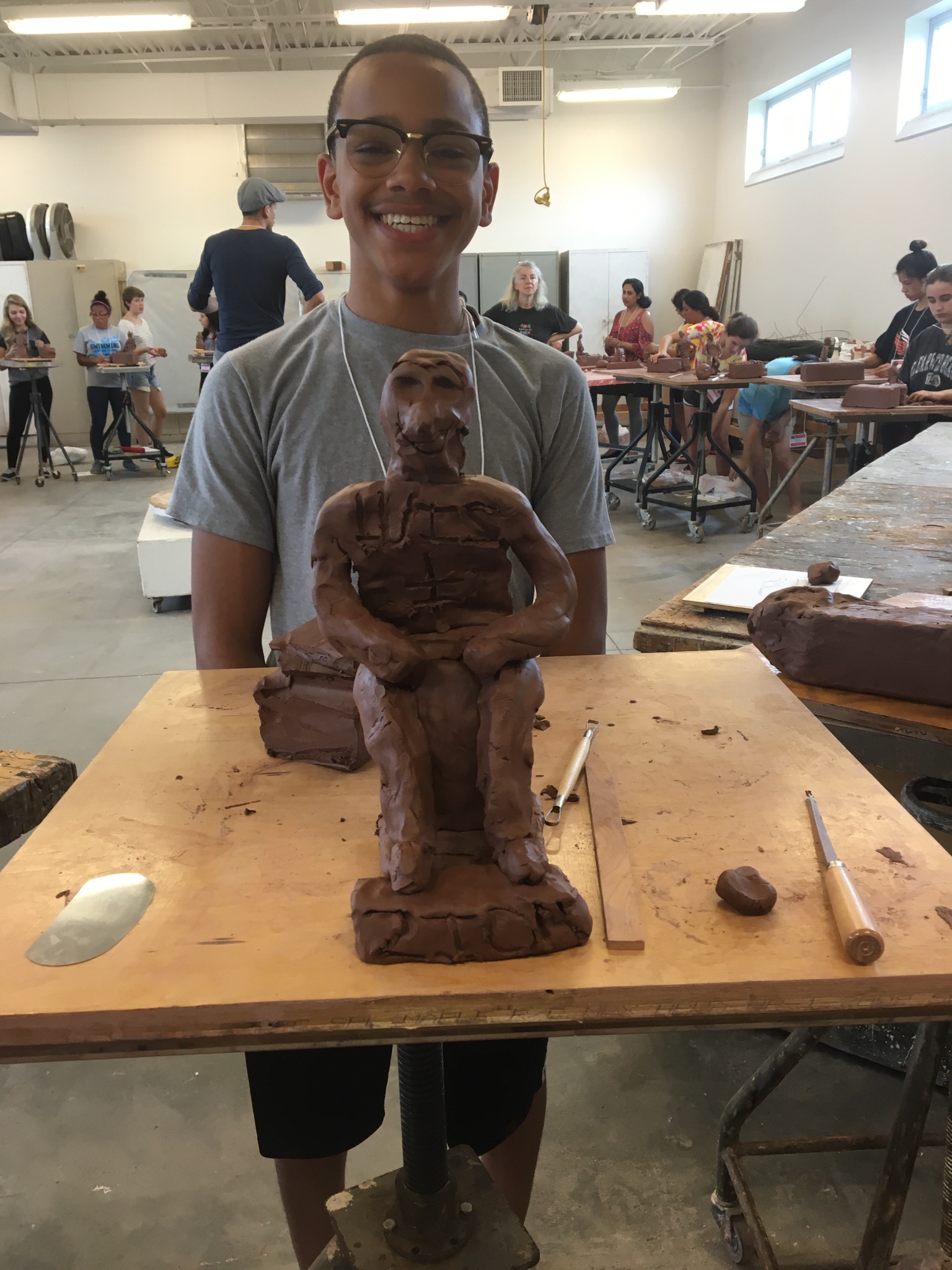 “Learning about your brain and emotions is a useful tool for acting when you’re trying to get into character,” Foster said.

Caroline Thomas, a sophomore at Central Catholic High School, has a passion for neuroscience, but was amazed by how much the humanities ties into neurology.

“I’ve learned the arts and sciences are a vital connection,” Thomas said.

Aurora Santiago-Flores, a soon-to-be senior at Athens High School, discovered that even the most simple of tasks, such as admiring a piece of art, requires our brain to interpret the art.

“I’ve learned a lot about the functions of the brain and perspectives, such as what our brain focuses on while viewing an image.”

For Nicholas Raiken, a sophomore from Columbus Academy, this is his second time attending the summer institute.

“I’m really fascinated by all that the camp has to offer.”