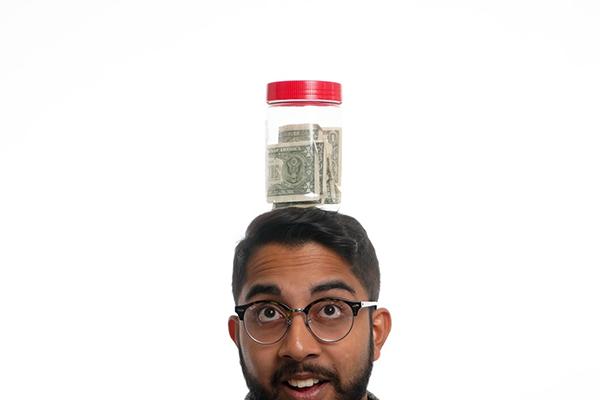 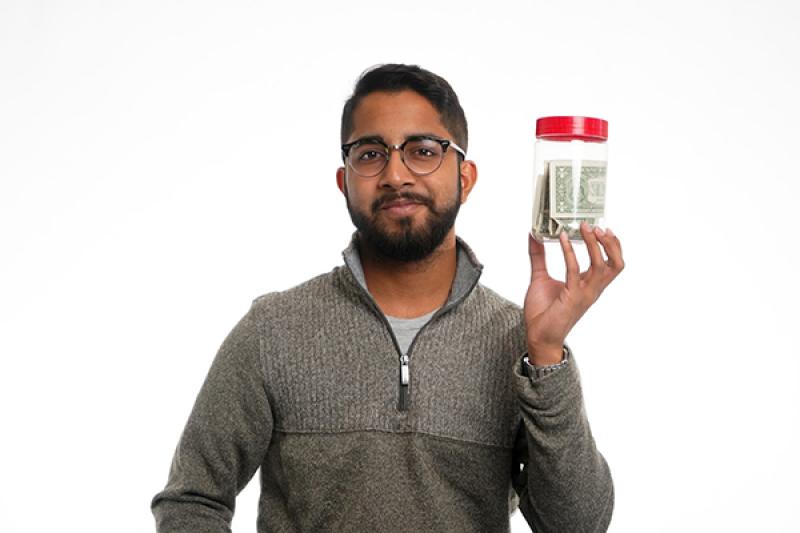 Imran Nuri’s introduction to philanthropy started with an empty Jif peanut butter jar. As a child, his parents encouraged him to put one dollar into the jar each week for charity. Even though his family struggled paying the bills, the importance his mom and dad placed on giving is a value he’s translated into much larger philanthropic initiatives.

“They are the typical poor immigrants, and despite that, they still taught me the practice of giving,” Nuri said.

Nuri, a senior marketing major in the College of Business with a minor in design thinking in the College of Arts and Sciences, started The 52 Million Project following the same principles his parents instilled in him as a child: If everyone gave just one dollar a week, the cumulative impacts would be great.

The project, which officially launched in January, has a goal of organizing 1 million people to donate one dollar a week, which would go to addressing extreme poverty, animal welfare and a safe planet.

“The 52 Million Project is a nonprofit that believes that anybody can be a philanthropist,” Nuri said. “We have this grand vision of a lot of people doing that small act of good, which would have a side effect of making $52 million available to nonprofits targeting three objectively effective areas where a dollar can actually make a significant difference.”

Nuri said design thinking has been a key framework for both building The 52 Million Project and leading BuckeyeThon, an annual dance marathon organized by Ohio State students to raise money for pediatric cancer.

The design thinking minor teaches students how to interpret and address complex problems from a people-focused perspective and encourages a problem-seeking mindset that values empathy, flexibility, adaptability and creativity, said Adam Fromme, a lecturer in the Department of Design. The goal, he said, is to empower students to put these skills to action for solutions across disciplines that are innovative and impactful.

I fell in love with (design thinking) because I loved how it is a human-centered approach to solving problems," Nuri said.

“An entrepreneur's success often depends on their ability to not just think outside the box, but to know when to remove the box altogether,” Fromme said. “Design thinking can help identify what is keeping people from accomplishing their goal, and this perspective can inform the purpose behind a new product, service or process.”

As the president of BuckeyeThon his junior year, Nuri utilized design thinking in his challenge to his team to create an imaginary new dance marathon. Through that process, they identified major opportunities for improvement and growth in the 2019 BuckeyeThon that directly impacted their fundraising. The dance marathon raised a record $1.7 million. 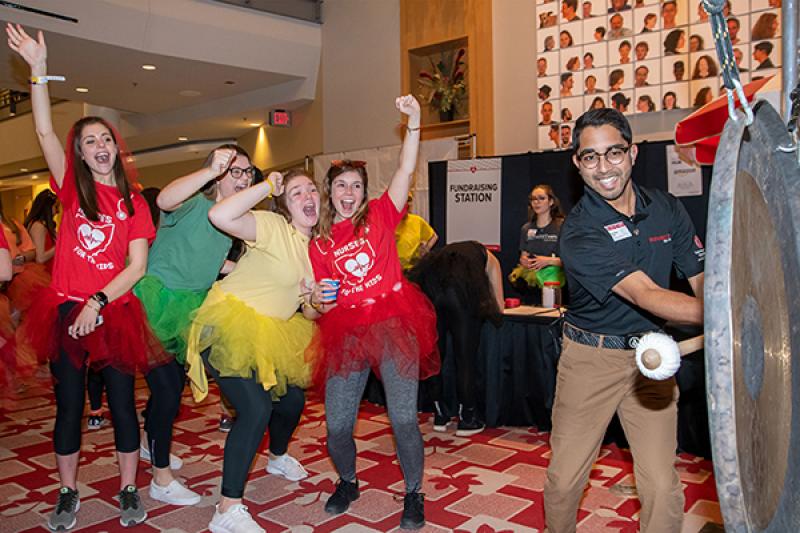 Nuri started college as an entrepreneurship minor, but he soon changed directions after taking Introduction to Design. That was the first time he realized design was fundamentally about improving not just things people use, but also the way organizations function to better meet people’s needs and wants.

“I fell in love with it because I loved how it is a human-centered approach to solving problems,” Nuri said. “So I switched.”

Now, Nuri has trained himself to think like that all the time, and he’s used the mindset to inform how he’s structured The 52 Million Project. He chose to allocate funds through a grant-application process rather than picking specific nonprofits to support from the get-go, opening opportunities to fund projects he otherwise may have missed. He also wants to emphasize impact stories of grant-funded projects after they’ve been completed to share with donors.

Félix Alonso, director of the Department of Student Philanthropy in the Office of Student Life and president of the board of The 52 Million Project, has been one of Nuri’s mentors since Nuri started college. Alonso says watching Nuri grow as a student leader has been a joy.

“Imran is an example of the kinds of students we have at Ohio State,” Alonso said. “There are so many students doing so many wonderful things that are going to really change the world, and I think that really shows the power of our university. Nuri exemplifies the learning that’s happening inside and outside of the classroom and the compassion that Ohio State students have for others.”