The legacy of late professor and female physicist Bunny Clark

A common response when introducing herself, Dr. Bunny Clark wasn’t just out of the ordinary when it came to her uncommon first name. Clark, before becoming a well-known and respected professor in the Department of Physics — renowned for her research in theoretical physics — also stood out as a woman in a field previously led by men.

“Physics was not supposed to be women's work,” Clark said in her 2001 commencement address to Ohio State graduates.

However, I figured that intelligence was not linked to the Y chromosome.”

Born and raised in Texas, Clark represents the hard work, determination and unwavering persistence required to make it as a female physicist during her education and career. She received her bachelor’s degree in 1958 and master’s degree in 1963 — both in physics — from Kansas State University and eventually, her PhD in theoretical physics in 1973 from Wayne State University. Clark published dozens of papers throughout her life, made wildly successful contributions to her field of nuclear theoretical physics, headed countless committees on science and physics, and was continuously a pioneer for women and minorities in science. Clark retired in 2007 and passed away in October 2015.

Outside of the incredible work and research she completed throughout her long career, Clark’s main passion was mentoring students and faculty in all stages of their education and careers — whether aiding financially, or providing one-on-one mentorship, Clark never turned down the opportunity to help others.

Years before her retirement, Clark and her husband, Tom, established the Bunny and Thomas Clark Scholarship Endowment Fund, which awarded scholarships to both undergraduate and graduate students, with a focus on women and minorities.

But the scope of Clark’s generosity ranged much further than creating her own scholarship fund. If someone needed something, anything, she was always there to help.

“If our students needed a refrigerator in their room, she bought them a refrigerator,” said Robert Perry, professor and vice chair of undergraduate studies in the Department of Physics. “She used her money to support people in whatever way seemed necessary if it wasn’t something you could get from the grant or department.” 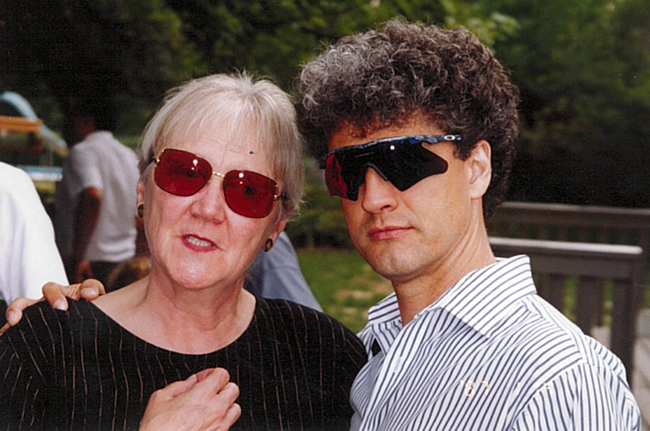 The impact of Clark’s generosity was not lost on her friends and colleagues. To wit, this past March, less than three years after her passing, Robert Mercer and the Mercer Family Foundation established an endowed scholarship in Clark’s memory — the Bunny C. Clark Student Support Fund.

Mercer, a computer scientist known for his work in artificial intelligence and data analytics, was a long-time friend of Clark’s. Mercer and Clark met early on in their professional careers, sharing a mutual love of physics and coding, and kept in contact through the years.

“They vacationed together … She was at his daughter’s wedding. They were close friends,” said Perry, “even if his name’s allowed to be there [on the fund], he’s doing it for Bunny.”

The fund, which was awarded for the first time this past summer, aims to support both undergraduate and graduate students in physics conduct research.

Mitchell Walker, one of the first two recipients of the Bunny C. Clark Student Support Fund and a third-year physics and German double major, is one of the students who was able to partake in research because of the Mercer Foundation’s generosity. Over the summer, Walker studied experimental condensed matter, which happened to be one of Clark’s areas of study during her graduate education at Kansas State University.

“I had never before worked on my own research project, so this was an important step in coming closer to a decision about future career and postgraduate plans, since becoming a physicist is an option I'm considering,” Walker said.

Bunny Clark’s legacy lives on through the now two existing scholarships in her name, and through her countless contributions to the field of physics and the many strides she took on behalf of women and minorities in the science world — most important is the positive impact she had on those she knew personally.