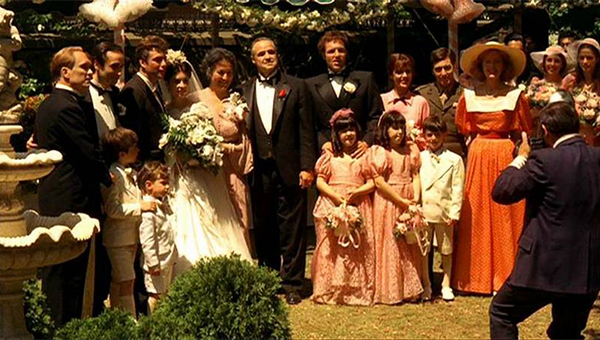 Students in Renga's course are asked to examine representations of gender in films like "The Godfather," one of the most famous mafia movies in the U.S.

Mafia movies have gifted us with or popularized some of the most prolific advice of a generation:

“Keep your friends close, but your enemies closer.”

“Leave the gun. Take the cannoli.”

"Even a broken clock is right twice a day."

So when Dana Renga, professor and chair of the Department of French and Italian, started teaching Mafia Movies back in 2012, she had a suspicion it would be a hit.

The course was an instant success, filling up its first semester and growing since then. Now, the course brings students together from across Ohio State to critique some of film’s most iconic characters.

“A lot of students expect just Hollywood — you know, 'The Godfather,' 'Goodfellas,' 'Casino,' 'The Sopranos,'” Renga said. “But I think it's really fruitful to show two different filmic traditions, how they've evolved and how they borrow from one another.” 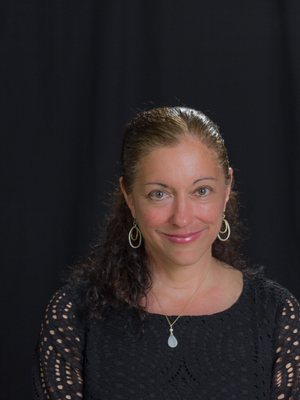 Renga first developed the course as an assistant professor, hoping it would help generate credit hours and revenue for her department. Plus, Mafia Movies fit perfectly with her research interest in film and TV representations of organized crime in Italy and, to a smaller extent, the U.S.

“I knew I would be able to teach something I love; I watch every mafia thing that comes out as soon as I can for pleasure, and so I was excited to offer a class like this at Ohio State,” she said.

Renga’s main objective in the course is to deconstruct Italian and American representations of organized crime. She wants her students to understand why the mafia was formed and how it's an essential part of the Italian state. She encourages students to grapple with gender and its different representations in the U.S. and Italy. Because Mafia Movies is a general education visual and performing arts class, she also teaches students to thoughtfully interpret visual media using film technique.

“There are all sorts of things we talk about, but something I'm really interested in is this recent proliferation, starting with 'The Sopranos,' of what I call sympathetic perpetrators — bad guys who are depicted in very positively valenced ways.”

Before the pandemic, Renga taught Mafia Movies at the Gateway Theater. She loved when she turned off the lights and the class watched a clip and she could hear the group’s reaction, like the “woah” when the organ music escalates during “The Godfather’s” baptism scene.

“It reminds you of that experience of communal cinema watching,” Renga said. “That was wonderful, and I've tried to transfer that as much as possible to the virtual experience.”

Now, she begins each class with a non-mafia movies discussion, like which language students want to learn, and she presents submissions her students have sent her of mafia movie references in pop culture.

The anime JoJo's Bizarre Adventure is just one of the many films and television shows that have referenced iconic mafia movies like "The Godfather."

When Renga was formatting her course for a remote learning platform this semester, she was worried she’d need to switch to an asynchronous model like many other large classes. But after consulting with ODEE and sharing how pivotal interactive participation is in her lessons, they all agreed that two 80-minute sessions a week was the way to go.

The synchronous format has helped spur student attendance and participation, Renga said. While normally a GE class may have 10-20% of students absent each day, she has almost 96% of students log onto her Zoom meetings. While in a typical 200-student in-person course the same 30 to 40 students may participate throughout the semester, now she’s seeing 40-50% of the class engage in discussions every day.

“You never know what they're doing when you're on a webinar, but their responses are really, really thoughtful. They've done the reading. They’ve seen the movie,” Renga said. “The students are really prepared and engaged.”

I'm really interested in is this recent proliferation, starting with 'The Sopranos,' of what I call sympathetic perpetrators — bad guys who are depicted in very positively valenced ways,” Renga said.

Not only are the students in Renga’s course highly engaged, they also hail from every corner of the university. This semester, 67% of students in the course are outside the College of Arts and Sciences.

“I try to approach the students on the first day with a commitment to diversity and inclusion in the classroom, and I try to let them know how heterogeneous the course is in terms of disparate voices who are coming at us from all over the university,” Renga said.

She herself used to be a math major, so she shares with her students how easy it was for her transition to film studies because she found a lot of systems and patterns in visual media. She said usually one or two students, often from outside the humanities, will declare a film studies minor after taking her course. 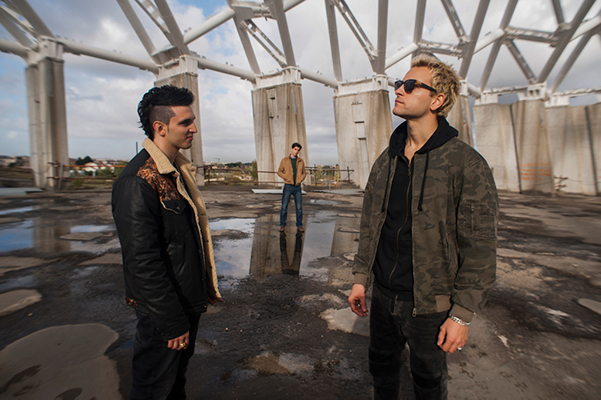 "Suburra: Blood on Rome" is a Netflix IItalian crime drama series based on the Mafia Capitale investigation. Renga says an important part of her course is understanding the relationship between U.S. and Italian depictions of organized crime.

Many students also take the class because of personal connections — they’re Italian American, or they want to go to Italy someday. Renga said students often start out thinking mafia movie protagonists are the good guys, and one of the reasons she tackles "The Godfather" in the first week is to explain that even though Don Vito is shown sympathetically, his character is a mythical construct that actually reveals how the mafia is a secret society that makes a profit by getting away with murder.

“That's a really interesting process because so much of this course is debunking the stereotype that the Mafia is a good thing, that Don Vito’s cool,” Renga said. “That's a hard thing for some students because they're grappling with their own identity as Italian Americans. They're having to shift perspective.”

Having those conversations with students and finding ways to connect with them for whatever reason they’re drawn to the course is what Renga is trying to do throughout this semester. It’s an offer many students can’t refuse.