Meet the Asian American star of Legally Blonde, the Musical

She’s not blonde, and she’s not a Gemini vegetarian. But third-year student Cindy Tran Nguyen is owning the role of Elle Woods, the California sorority girl turned Harvard Law student in "Legally Blonde," which opens Nov. 8 at Thurber Theatre.

Based on the 2001 book-turned-movie starring Reese Witherspoon, the Broadway musical “Legally Blonde" is the Department of Theatre’s latest production, and marries the fun, girl-power themes of the film with upbeat and comical musical numbers, like “Omigod You Guys,” and “Bend and Snap.”

A longtime admirer of the musical, Tran Nguyen, a theatre and marketing double major, brings her own charm and sense of individuality to the character of Elle — something that will appeal to old and new “Legally Blonde” fans alike.

“People didn’t expect me to get cast in this, nor did I expect to get cast in it,” said Tran Nguyen, noting that when the cast list came out, she cried and had to double-check to make sure she actually got the role. “I held the beliefs that Elle should be white and blonde and basically not a person of color, so I relate to her in that I also stick out and I’m trying to exceed everybody’s expectations.”

Getting into the role of Elle Woods required more than just a blonde wig. Tran Nguyen said she had to swap out her natural sarcasm for a sunnier disposition.

“Usually you’ll see me walking around wearing very dark colors. I’m not very smiley — I have what you would call a resting b---- face,” Tran Nguyen said, laughing. “I had to shed that to find myself in Elle, and I eventually got there.” 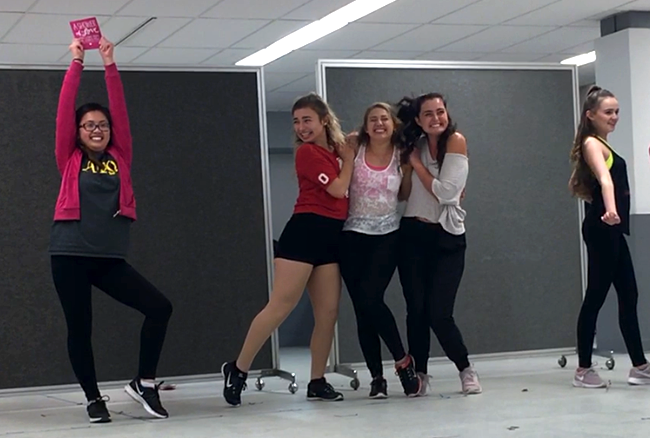 As an older sister, Tran Nguyen said she’s particularly excited about the impact the show will have on younger audiences, with its themes of friendship, women empowerment and perseverance. When the love of her life dumps her instead of proposing, Elle doesn’t give up, but instead applies to Harvard to prove her worth. When she isn’t taken seriously by her classmates and professors, Elle doesn’t change who she is to fit in, instead carving her own (pink-scented) path to success.

“When I was growing up, I didn’t have anybody to look up to in terms of media and movies and YouTube — none of them were Asian,” Tran Nguyen said. "Before ‘Crazy Rich Asians’ and stuff like that, I wasn’t able to see myself in this career at all, and when I picked up theatre, I was thinking, ‘I’m going to make an impact on the stage.’” 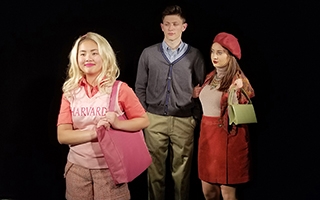