The College of Arts and Sciences is home to extraordinary artists, scholars, scientists and spaces. We are excited to share some of this year’s high points as we look forward to another year of innovation and excellence.

Meet the Asian American star of Legally Blonde, the Musical
Cindy Tran Nguyen, a theatre and marketing double major, brings her own charm to the character of Elle Woods, which will appeal to old and new “Legally Blonde” fans alike. Read more >

Did Ohio State really detect an alien signal?
One strange discovery recorded by an Ohio State astronomer in 1977 continues to baffle scientists and stoke imaginations that maybe we aren't alone in the universe: the "Wow! signal." Read more >

TBDBITL alumnus with aphasia marches in reunion
A stroke took away Rob Gast's ability to speak, read and write. It also affected his ability to play music. With help from the Ohio State Aphasia Initiative, Gast marched in the TBDBITL reunion this year. Read more >

A Dinosaur for Orton
With the recent addition of a dinosaur skeleton, molded from a fossil discovered by an Ohio State professor, enthusiasm and support for the Orton Geological Museum is sure to increase exponentially. Read more >

Atmospheric sciences alumnus describes whirlwind career
Broadcast meteorologist Mike Bettes has been with The Weather Channel for 15 years, covering some of the most intense weather-related events in history. Read more >

English alumna writes for Black Panther comics
Yona Harvey is the mastermind behind Zenzi, a character in the "Black Panther" spinoff “World of Wakanda.” She is also the first African American woman to write for the Marvel character Storm. Read more >

Exploring approaches to save coral reefs — right here in Ohio
Coral reefs are threatened by climate change. But researchers, including Earth Sciences professor Andrea Grottoli, are narrowing in on what keeps corals healthy. Read more > 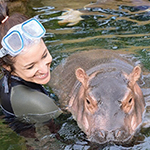 Young alumna lands dream job at Cincinnati Zoo
Arts and Sciences alumna Angela Hatke is a communications coordinator at the Cincinnati Zoo, where hanging out with Fiona the baby hippo is just another day on the job. Read more > 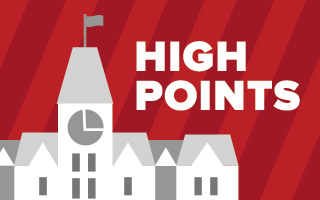