What does a flag mean to a city?

In the United States, admittedly, not much. Cities don’t often rally behind their own flags.

But Paul Nini, professor of design, would like to see that mindset change around Columbus. That’s why he designed The People’s Flag of Columbus, a flag he hopes one day can become a symbol the community unifies under. 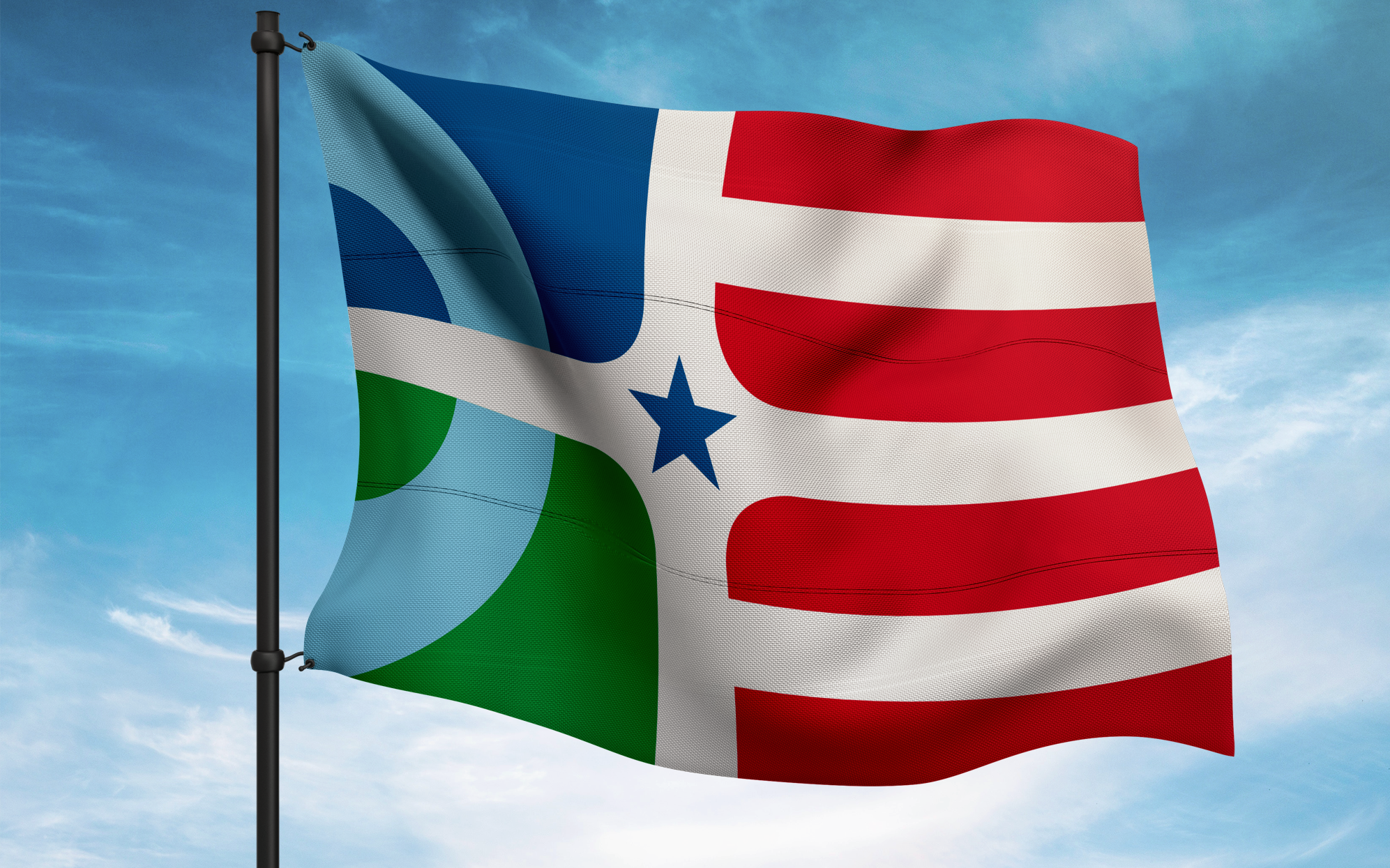 The People's Flag of Columbus, created by Paul Nini, professor of design.

“Flags represent a really nice opportunity to show civic pride and to tie communities together,” he said.

Nini was drawn to the current official Columbus city flag after being inspired by Roman Mars, a native of Newark, Ohio, and host of the design-oriented podcast, “99% Invisible.” When Nini saw Columbus’ city flag, he wasn’t overly impressed with it, and he set out to design a better one. 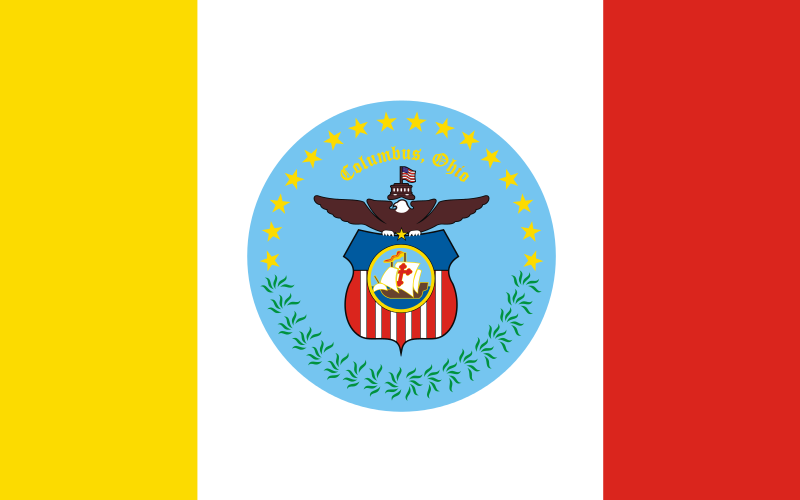 The official flag of the city of Columbus.

Columbus’ official city flag sports a yellow bar to the left and a red bar to the right. In the middle sits the city seal — an intricate display featuring the words, “Columbus, Ohio,” 18 buckeye leaves, 16 yellow stars, a red, white and blue shield, a ship with a cross on its sail, an eagle and a tiny American flag.

In short, the flag is busy.

"There are more complicated city flags than that one,” NIni said. “But it’s pretty darn complicated. It’s not particularly great.”

So three years ago, Nini got to work on his own, keeping in mind attributes such as simplicity, symbolism and originality that set a great flag apart from an average flag.

Nini’s design included a blue semicircle that represents the Scioto River and the Franklinton Peninsula, a white cross through the middle that indicates the center of downtown at the intersection of Broad and High streets, red stripes as a nod to the Ohio state flag and a blue star in the middle that signifies the state capital. It’s clean, yet different. Colorful, yet not crowded or unsightly.

Professor of @OhioStateDesign @PaulNini wants the people of Columbus to identify with their city flag — so he designed a new one. #ASCDaily

Nini took his proposal to Columbus administration to see if the city would be interested in adopting the flag — or at least tease the idea.

“I got a response saying, ‘This is really nice, … but it’s not really at the top of our list of priorities to change the city flag,’” he said. “I got the message after a while that the city government wasn’t really that interested.”

And so the project died down. Nini kind of shrugged his shoulders and moved on to other things. Lately, however, friends and colleagues have reminded him of his flag design and encouraged him to promote it as The People’s Flag of Columbus. There’s a Facebook group that’s gaining a following, and 614 Magazine recently published a feature about the Columbus flag and Nini’s design.

So now, all that’s left is to hope for the flag to catch on. If it does and one day the city government decides to take a second look at switching up its flag, Nini says that’d be great. But for now, he’d just like to see the people unite under The People’s Flag of Columbus.

“I’m interested in it just being adopted by the community,” Nini said. “Hopefully someone will see it and go, ‘Hey what is that?’ and want to find out about it and it will continue to spread. That’s the hope.”