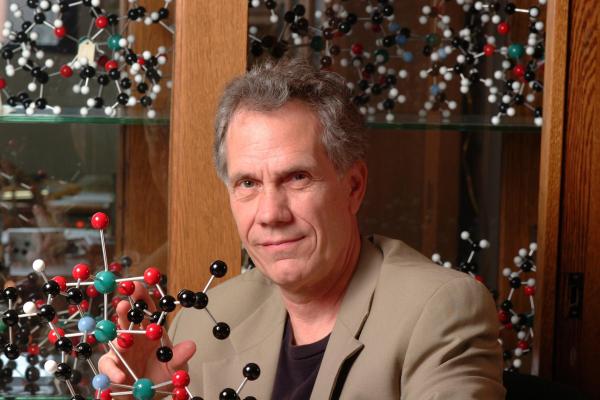 Malcolm H. Chisholm, Professor of Chemistry and Biochemistry, and Distinguished University Professor, a Fellow of The Royal Society of Chemistry and an elected member of the National Academy of Sciences, passed away on Nov. 20, 2015 at the age of 70 following a long illness.

Chisholm was educated in England and moved to Canada in 1969 as a postdoctoral fellow and lecturer at the University of Western Ontario. In 1972, he accepted a faculty position at Princeton University and subsequently moved to Indiana University in 1978. In January 2000, he moved from Bloomington to Ohio State as a Distinguished Professor of Mathematical and Physical Sciences. In 2006, he was named Distinguished University Professor. He served as chair of the Department of Chemistry from 2008 to 2011.

Chisholm was an eminent scholar in inorganic chemistry with leading research in the area of metal-metal bond chemistry and fundamental understanding of molecular structure and electronic properties of transition metal complexes. He discovered new charge transfer excited states of quadruply-bonded complexes, which he probed using ultrafast spectroscopy and designed new systems to gain better understanding of intervalence charge transfer. His work extended to applications in the areas of catalysts for the generation of biodegradable polymers, new metallo-organic polymers that form liquid crystals and the discovery of new materials for use in photovoltaic cells for solar energy conversion.

Additionally, he was a Fellow of the American Academy of Arts and Sciences, the American Association for the Advancement of Science, the American Chemical Society, Die Deutsche Akademie der Naturforscher - Leopoldina, and the Royal Society of Edinburgh.

He was the 2004 recipient of the Basolo Medal of the Chicago section of the American Chemical Society and Northwestern University, the Bailar Medal of the University of Illinois, and the Nyholm prize of the Royal Society of chemistry in 2010.

As a teacher, Chisholm touched the lives of thousands of young scientists in his classes, and he served as an inspirational mentor to numerous graduate students, postdoctoral researchers, undergraduates and visiting scholars.

His former student David L. Clark, Laboratory Fellow at Los Alamos National Laboratory expressed, "Above all, Malcolm will be remembered for his generosity and graciousness as a person. He had a wonderful sense of humor, and he cared deeply and genuinely about everyone around him. This extended well beyond his immediate students and colleagues, but also to their families. He was happiest when he could celebrate the successes of his family and his students."