John Johnson Jr. and Ranthony Edmonds share a desire to understand access to mathematics for groups historically underrepresented in STEM. Edmonds, Ross Assistant Professor in the Department of Mathematics, said although she and Johnson both felt isolated in their undergraduate studies, mathematical communities were vital for helping them feel more comfortable in their PhD programs.

"I found a home at the University of Iowa and with various other programs, while John found community at Howard University, a historically black college," Edmonds said.

Both Edmonds and Johnson, program specialist and assistant professor in the Department of Mathematics, discovered that the history of black mathematicians in the United States was a powerful way to examine mathematical communities. Johnson was first introduced to this subject a through a website called MAD: Mathematicians of the African Diaspora, and Edmonds through the story Hidden Figgures. She first heard about, then read, then watched Hidden Figures: The American Dream and the Untold Story of the Black Women Who Helped Win the Space Race, a 2016 book by Margot Lee Shetterly and subsequent film that popularized stories of NASA mathematicians Katherine Johnson, Dorothy Vaughn and Mary Jackson. A fourth woman, Christine Darden, was also featured in the book.

As Edmonds and Johnson discussed their interest in the subject, they came up with an idea to create a class exploring diversity and inclusion in mathematical communities. The result was the aptly named course "Intersections of Mathematics and Society: Hidden Figures," which launches next semester.

The movie release of Hidden Figures renewed interest in recognizing the contributions of people of color and women in STEM, but Edmonds and Johnson felt the resulting conversations left out the mathematical side of these women’s contributions.

“We found interest, as mathematicians ourselves, in unpacking their stories, both from a historical point of view and then from a mathematical point of view,” Edmonds said. “We thought it would be great to be able to design a course where we did just that.”

Students in the class will read Hidden Figures and learn about various mathematic topics related to space travel as they are introduced in the book. The course will also examine the social contexts of these women’s times and impacts of mathematical communities for people from underrepresented groups.

“When you have access to different types of mathematical communities, that changes the way you approach math in general,” Edmonds said. “That's what these women were doing in the book. They had a mathematical community, but they were also from middle class backgrounds, they had college degrees. So, was there a hidden figure like Katherine Johnson that never got this opportunity? Probably.” 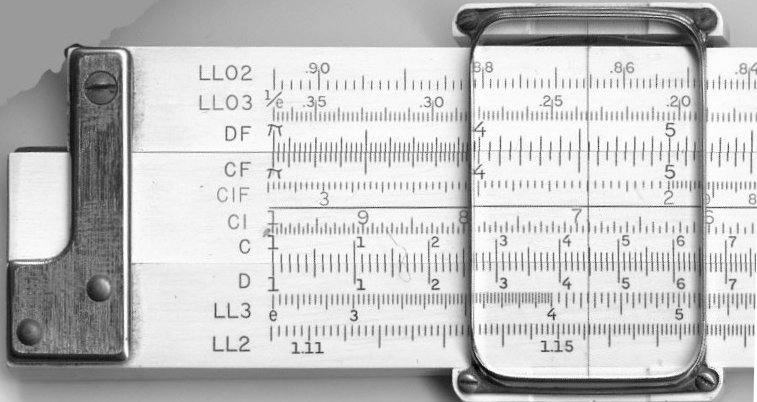 Students will learn how to use a slide rule, pictured above, as part of the course Hidden Figures. Slide rules enabled people to quickly complete large calculations before calculators.

Johnson says thinking about intersectionality and how characteristics like race, gender and socioeconomic background influence how people join and prosper in mathematical communities is a central part of the course. That theme will be supplemented through a mentorship component that matches students with professionals from underrepresented backgrounds —their own “Hidden Figures” — working at organizations around Columbus.

Throughout the semester, students will interview these professionals to gain insight into their everyday work, career paths and how they’ve utilized their networks and communities. Additionally, students will work on small-group projects to simulate larger communities, which often have members work together to produce new pieces of mathematics or use mathematics in certain ways.

(Having) access to communities that can help you [better understand math] tends to be what separates people who consider themselves to be mathematically able and those who don’t.”

For Edmonds, the course is an opportunity to break down the idea that math is apolitical, which she says “couldn’t be further from the truth.” She says not everyone has access to challenging curricula, enrichment services and other programs that encourage students to become comfortable and proficient with the subject. That leaves people with perceptions about math that may not have anything to do with their actual competency.

“People think very rigidly, like math is either something you do or you don't, you're either good or you're not. When in reality, it's like a tool that can be sharpened,” Edmonds said. “(Having) access to communities that can help you do so tends to be what separates people who consider themselves to be mathematically able and those who don’t.”

To further this idea, students will also be asked to present on a topic to K-12 students at Columbus Metropolitan Library branches as part of their Young Minds initiative.

Because the course is intersectional, Edmonds says she hopes students from a wide range of disciplines will join.

“If anything, this isn't a course for just math majors or just engineers; this is a course for people who are interested in learning a little bit more about these women and their stories and what you can do with math,” Edmonds said. “The more diverse the people in the course are, I think the more fruitful those discussions will be.”