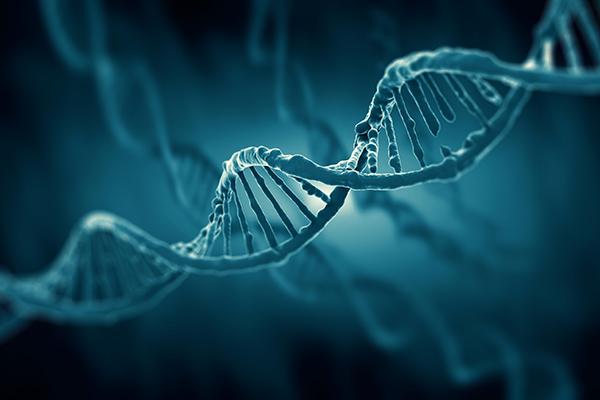 When it comes to the three-dimensional structure of DNA, Watson-Crick base pair formation between adenine (A) and thymine (T) and between guanine (G) and cytosine (C) has for decades been established as the predominant way to describe the hydrogen bonding interactions that hold together the DNA double helix.

Recently, however, scientists have learned that alternative, less stable hydrogen bonding arrangements called Hoogsteen base pairs — while still infrequent compared to canonical Watson-Crick base pairs — are much more prevalent in DNA than previously thought. Hoogsteen base pairs appear to play vital roles in DNA recognition, repair and replication and are crucial for fostering a more complete understanding of genetic processes.

Though researchers are beginning to appreciate the significance of Hoogsteen base pairing in modulating DNA structure and function, detecting and distinguishing between Watson-Crick and Hoogsteen base pairs poses significant challenges for traditional structural tools and techniques, especially in large DNA complexes and assemblies.

Now, a team of researchers at The Ohio State University, Duke University and Columbia University has discovered a novel way to reliably differentiate Watson-Crick and Hoogsteen base pairs in a wide range of DNA systems. The study, published in the Proceedings of the National Academy of Sciences, presents an innovative spectroscopic method capable of reliably fingerprinting both types of DNA base pairs that could better inform inquiries into biological mechanisms and processes and expands the range of experimental tools with which they are investigated.

“We view this methodology as a general tool one can use to visualize Hoogsteen base pairs in DNA with site-specific resolution,” said corresponding author Christopher Jaroniec, professor of chemistry and biochemistry and associate dean for research and creative inquiry in the College of Arts and Sciences. “Other scientists interested in investigating the mechanistic details of a biological process that potentially involves the formation of DNA Hoogsteen base pairs should be able to take advantage of this methodology.”

The new methodology pairs solid-state nuclear magnetic resonance (NMR) spectroscopy with another spectroscopic technique, dynamic nuclear polarization (DNP). Solid-state NMR allows the electromagnetic energies (in radiofrequency range) emitted by different magnetic nuclei making up the molecule when placed in a magnetic field — which are extremely sensitive to the chemical arrangement and three-dimensional structure of solids and semi-solids including large assemblies of biological macromolecules — to be measured. The DNP technique can dramatically increase the sensitivity of solid-state NMR experiments, by factors of up to 100 or more, by transferring a much larger electron polarization to the nuclei being detected, which permits atomic-level information about DNA base pairing to be revealed in a wide range of DNA samples available in limited quantities.

Furthermore, because DNP solid-state NMR is conducted in cryogenic conditions (at around 100 degrees Kelvin or minus 173 degrees Celsius), this methodology even has the potential to directly detect Hoogsteen base pairs that exist momentarily in dynamic equilibrium with Watson-Crick base pairs at room temperature, since they are effectively “frozen out” at the cryogenic temperatures.

Though the concepts behind DNP solid-state NMR has existed for decades, the specialized commercial instrumentation required for experimentation is much more recent. Ohio State is one of only a handful of institutions in the U.S. that currently houses the instrumentation necessary to carry out these types of studies, and Jaroniec is eager to see how his research team’s findings can push the technique forward.

“DNP solid-state NMR is still quite specialized, but the technique is rapidly becoming much more mainstream,” he said. “This technology can fundamentally enable new types of science to be pursued that could not be done otherwise.”

The study was led by Daniel Conroy, research associate in the Department of Chemistry and Biochemistry, who studied under Jaroniec and earned a PhD in chemistry from Ohio State. Other collaborators include Jaroniec group PhD students or postdoctoral researchers, Nicole Gonzalez Salguero, Matthew Shannon and Rudra Purusottam, as well as Hashim Al-Hashimi of Columbia University (formerly of Duke University) and Al-Hashimi group PhD students, Yu Xu and Honglue Shi.