A new way to detect subatomic particles from deep space 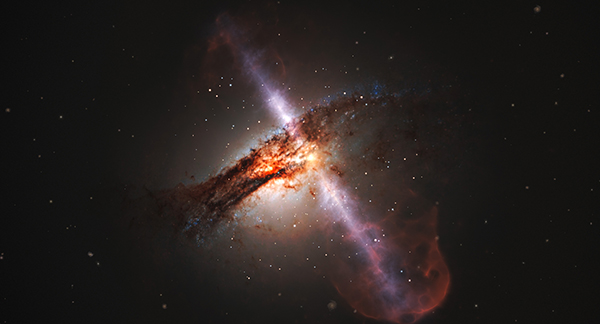 An artist's impression of jets streaming from a supermassive black hole. High-energy neutrinos are shot out in jets such as these.

In order to solve some of our universe’s biggest and most complex mysteries, we must first understand its tiniest and most elusive bits of matter.

Meet the neutrino, an elementary particle so mind-numbingly small that it has almost zero mass and is influenced by only one of nature’s four fundamental forces: the weak force. Neutrinos constantly zip all around the universe, but they are so infinitesimal that they pass through normal matter undetected and unobstructed. Produced by nuclear reactions that occur inside things like stars, supernovae and particle accelerators, neutrinos are lighter than anything else on the known subatomic scale, and at any given moment, billions of them are passing through our planet, through our atmosphere and even through ourselves. 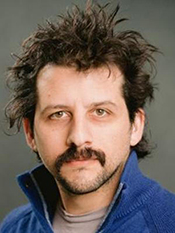 But despite how many of them pelt the Earth, finding the imperceptible interstellar particles is actually quite difficult. Steven Prohira, a postdoctoral researcher at Ohio State’s Center for Cosmology and AstroParticle Physics, has spent the last four years hunting them, starting with his work as a physics graduate student at the University of Kansas.

“We have a model to explain them, but we don’t really understand them,” he said. “They’re just incredibly interesting, curious particles, and we want to know more about them.”

Prohira’s quest to learning more about neutrinos — how to detect them, where they come from and the cosmic, energetic processes that produce them — will soon take him to Antarctica, where he is principal investigator on a new National Science Foundation-funded project, the Radar Echo Telescope (RET), a collaborative grant shared between Ohio State and the University of Kansas.

The Radar Echo Telescope, of which professors of physics James Beatty and Amy Connolly are co-principal investigators, will use radio inside the Antarctic ice to detect the spray of energized particles caused by the ultra high-energy cascade created when a neutrino collides with an atom. 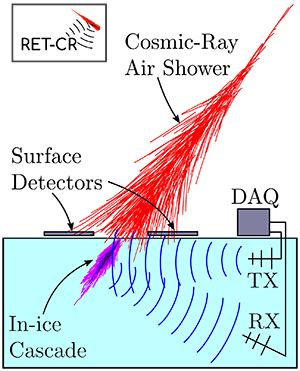 To detect neutrinos, Prohira and his team will stick radio antenna transmitters into the top of the ice sheet, using them to transmit radio waves under the surface. When a high-energy neutrino slams into an atom inside the ice, the resulting cloud of charged particles is dense enough for the radio waves to bounce off of them and back into a receiver.

The technique, which Prohira and his team tested successfully at the SLAC National Accelerator Laboratory in California, could expand the ways scientists probe the deepest reaches of space.

Certain lower-energy classifications of neutrinos, such as those produced by the sun, have been observed using a variety of techniques. The higher a neutrino’s energy, however, the rarer it is. That’s why it has been almost impossible for traditional methods to detect higher-energy neutrinos ejected from immense astrophysical processes from deep space such as massive galactic cores (like the one at the center of our Milky Way Galaxy), supernovae (powerful explosions caused when massive stars die and collapse) and blazars (colossal jets of material blasted away from supermassive black holes toward Earth).

If those higher-energy neutrinos can be detected consistently, astrophysicists will be able to determine where they come from and learn more about extreme cosmological phenomena.

“The reason why neutrinos are great for astronomy is because they fly in straight lines,” Prohira said. “They don’t interact with the electromagnetic force at all. It just moves straight. It’s not deflected by anything. So if you detect a neutrino and you figure out which direction it came from, it points straight back to where it originated. And that’s a really, really important messenger — these high-energy neutrinos are really the only way to elucidate these incredible sources.”

The NSF has awarded the RET — which includes scientists from Vrije Universiteit Brussel, Université Libre de Bruxelles, University of Kansas, Penn State University, University of Wisconsin-Madison, University of Chicago, National Taiwan University and the SLAC National Accelerator Laboratory — four years of funding to develop the project. If all goes as planned, Prohira’s efforts should result in a better picture of our universe thanks to the remarkable, minuscule particles whizzing through it.

“If we can actually complete the spectrum of neutrinos and see what they do at very high energies, maybe that can teach us something about not only their sources, but about neutrinos themselves,” he said. “We’re really excited to have Ohio State be at the core of this experiment on the U.S. side moving forward.” 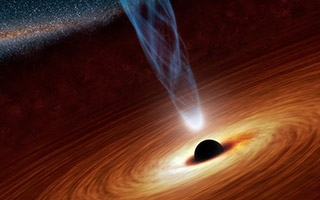