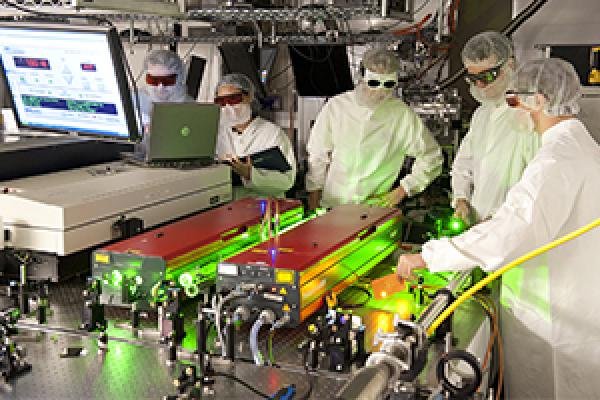 The facilities, which will be open to scientists everywhere, are a product of NSF’s program addressing the need for mid-scale research infrastructure that gives more scientists access to state-of-the-art technology — one of NSF’s 10 Big Ideas. Ohio State received two of only nine of these awards announced by NSF, chosen from 254 proposals.

“These awards represent the first in NSF’s agency-wide effort to support the mid-range infrastructure that will be invaluable to strengthening the U.S. scientific research enterprise,” said Jim Ulvestad, NSF chief officer for research facilities. “The funded projects include an impressive collection of new design efforts and advanced instrumentation. These projects fill gaps and provide unique research capabilities for the U.S that will engage many early-career scientists and engineers in the pursuit of groundbreaking discoveries.”

The National Gateway Ultrahigh Field NMR Center will enhance the university’s existing infrastructure and expertise in nuclear magnetic resonance (NMR) by hosting the most advanced NMR instrument yet in North America.

NMR is the same technology used in magnetic resonance imaging (MRI), but instead of imaging a whole body or organ, NMR instruments look at tiny structures formed by atoms in molecules and materials. Ohio State’s shared NMR facility currently has nine such machines that are used by scientists across Ohio and beyond for research in chemistry, biochemistry and biomedicine. 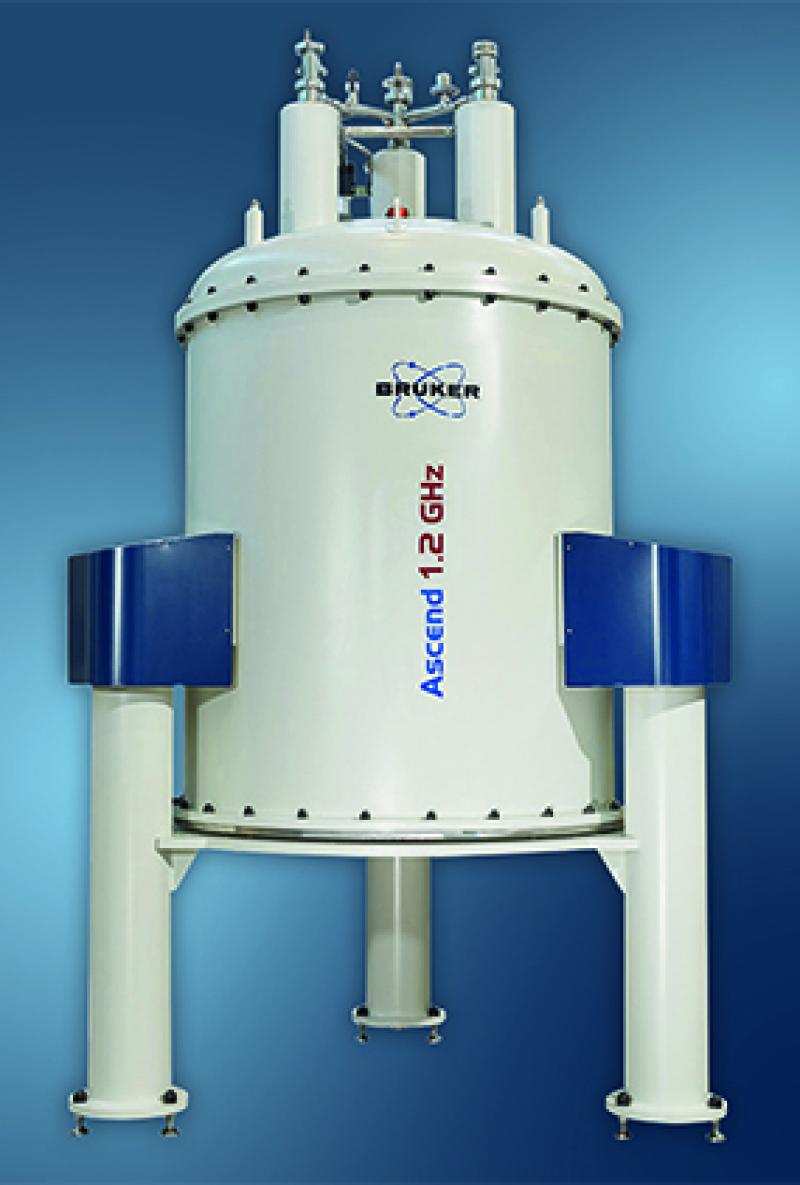 The new NMR instrument and centerpiece of the national NMR center will have an ultrahigh magnetic field of 1.2 gigahertz (current Ohio State machines have up to 850 megahertz), affording profound improvements in sensitivity and resolution, said Rafael Brüschweiler, professor of chemistry and biochemistry, Ohio Research Scholar and principal investigator for the multimillion-dollar grant.

“Technology wise it’s a big leap. With these advanced capabilities, we can look at larger and more complex biological, chemical and biochemical systems than ever,” said Brüschweiler, adding that collection times for experiments will be faster on the 1.2 GHz instrument, also enabling the study of samples that are fragile and degrade over time.

The next-generation technology (manufactured by Bruker Biospin) will be integrated with the existing NMRs at the Chemical and Biomolecular Engineering and Chemistry Building (CBEC), and is expected to be up and running within a few years.

“This facility will fulfill an urgent national and regional need, enabling transformative research that answers questions about biological interactions and function at the molecular level and supports the design of materials with novel properties,” Brüschweiler said. “The success of the proposal benefitted from an outpouring of support by the national NMR community and Ohio State.”

The heart of the new National Extreme Ultrafast Science Facility (NEXUS) at Ohio State will be a one-of-a-kind ultrafast laser that delivers a kilowatt of power — roughly 200 times more powerful than a typical ultrafast laser. This will be the first such laser installed in the U.S.

Ultrafast lasers, which work by generating extremely fast light pulses, allow researchers to study how electrons move in molecules and solids at unfathomably small time scales and spatial resolutions. While most ultrafast lasers create light pulses at a repetition rate of 1,000 per second, the kilowatt laser will deliver 100,000 per second.

“It will allow you to get the same quality of data in 1/100th of the time; experiments that take us a week can now be completed in less than an hour,” said Robert Baker, associate professor of chemistry and biochemistry and principal investigator of the NSF NEXUS project, which will be managed by the Institute for Optical Science (IOS) and includes researchers from both the Department of Chemistry and Biochemistry and Department of Physics. 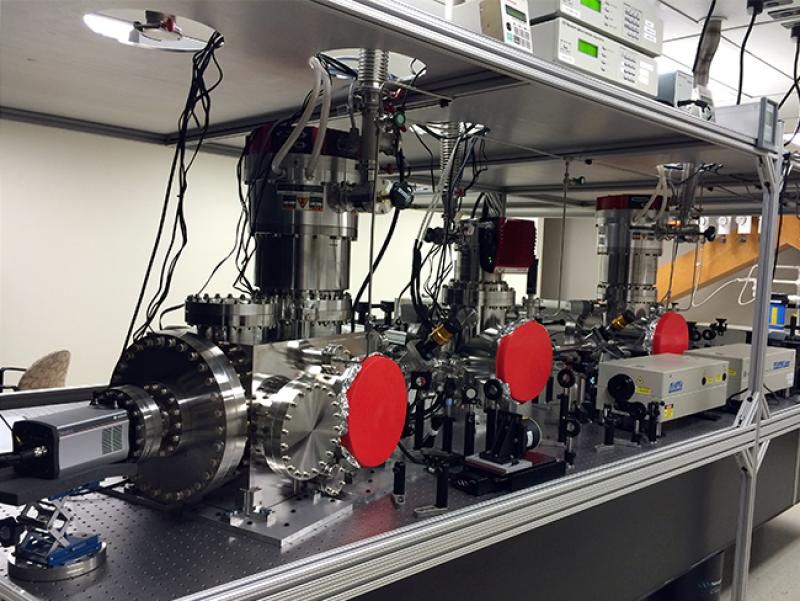 Scientific challenges to be addressed by the equipment include capturing and converting solar energy and mastering information transport on the atomic scale to create new quantum information technologies.

“Both of these goals require being able to control how electrons move,” Baker explained. “We’re targeting measurements that can have time resolution down to the attosecond — a billion billionth of a second — and spatial resolution down to an angstrom, which is about the size of an atom.”

NEXUS will be located in Celeste Laboratory. Baker and IOS Director and Physics Professor Louis DiMauro will serve as co-directors of the facility, which requires some renovation to ensure a temperature- and humidity-controlled lab space with next-to-nonexistent vibration. The laser is expected to be up and running within three years.

Ohio State was selected for NEXUS both for its proven infrastructure capabilities and its leadership in ultrafast technologies.

“Once it’s built it will be managed here, but it’s really for the benefit of the whole scientific community,” Baker said. “It is an honor, as well as a big responsibility, that the NSF has selected Ohio State to be the host site for this historic award.”