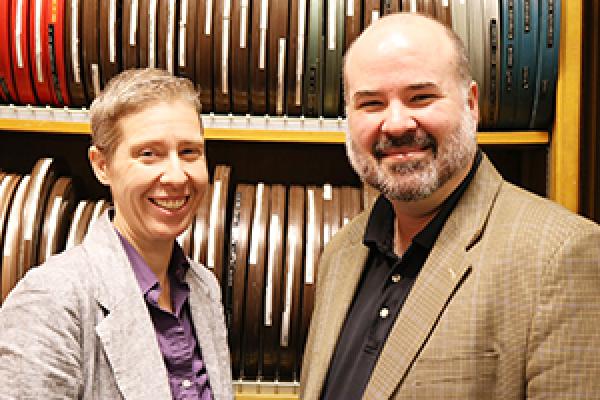 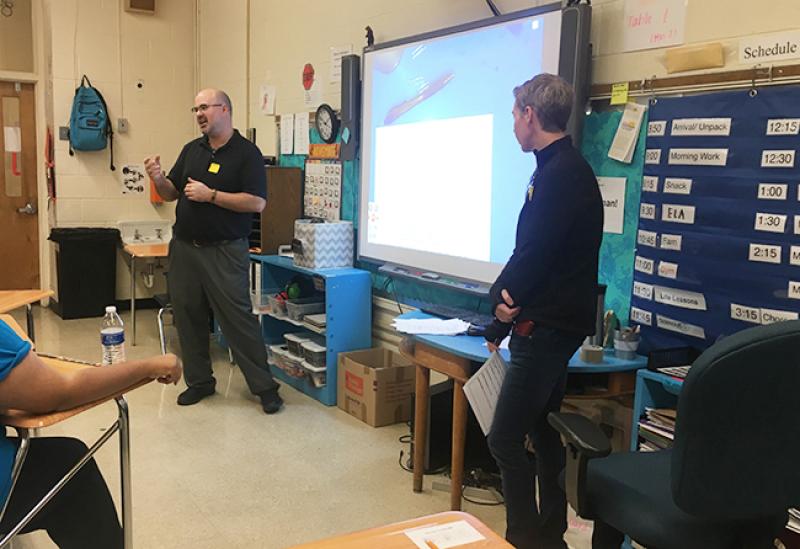 Creativity and education are brewing at Bridgeway Academy, where every Monday, filmmakers Matt and Nikki Swift are teaching sixth- to 10th-graders on the autism spectrum how to make movies.

Matt (BA, History of Art, Film Studies, 2005) is the program coordinator of the Film Studies Program at Ohio State, and Nikki (BA, History of Art, Film Studies, 2005) is owner of Nicolettecinemagraphics, a Columbus-based video production company. Last August, Matt and Nikki were selected to participate in the Adaptation, Integration and the Arts residency, a program sponsored by VSA Ohio that brings artists into classrooms to educate children of all abilities about the arts.

Through autumn, Bridgeway Academy students across two classes wrote five short films with help from the Swifts and volunteers from the Thurber House. The pair then built a miniature version of a classroom with Legos to storyboard, set up scenes and teach film composition. Finally, starting in January, the Swifts began bringing in their own production equipment — including lights, cameras and audio gear — to shoot the students’ movies.

The Swifts, however, aren’t the ones directing the films. It’s the students who are pointing the cameras, acting out the scenes, holding cue cards and running audio. The Swifts are just there to facilitate the filmmaking process and set up the equipment. 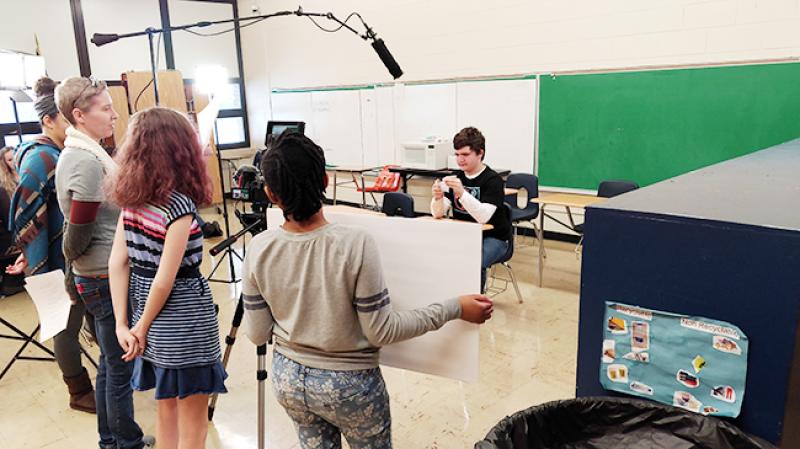 The residency culminates March 20 with a screening of the students’ short films at Bridgeway Academy for students, friends and family.

“They’re learning a great thing,” Matt said. “This is going to ripple out beyond what I can even imagine.”

The Swifts’ opportunity to work with Bridgeway Academy began with Matt’s work with the ReelAbilities Film Festival, a VSA Ohio event highlighting films made by or for people with disabilities. Over time, the Swifts’ relationship with the organization grew, and for the last three years, they’ve been producing an independent, grant-funded film, “Those Who Spring of Me,” which stars actors with autism and is supported by VSA Ohio. Last summer, when the organization began looking for artists and educators for its Adaptation, Integration and the Arts residency, Matt and Nikki were at the top of its list.

Fast forward to now, when the Swifts have nearly finished the project, and they’ve seen how their involvement has made an impact on the students they’re working with.

It’s a very rewarding experience working with this community,” Matt said. “Being in an environment like this and seeing what these kids can do, it’s amazing. By giving these students the confidence to act and run the cameras, they’ve really opened up.”

Added Nikki, “You see it in their eyes when they realize they’ve done something really cool or when you praise them for doing it right. They light up.”

The Swifts’ learning experience at Ohio State has helped prepare them for their roles as filmmakers working and interacting with members of the autistic community.

For Matt, the outreach initiative enables him to not only satisfy his passion to teach, but gives him a way to reach into and make a positive influence on the students at Bridgeway.

“I’m very excited about this experience, that I can say, ‘OK, here is the disability community that needs to know about film,’” he said. “I get to be a part of helping that community learn about film, and that’s just amazing."