Political Science Alumnus is Paying it Back by Paying it Forward

When alumni give back to the College of Arts and Sciences and its faculty and students, the best part is knowing that these contributions come with a purpose.

Barry Gluck (BA, political science, 1973) and his wife, Joan, are among those who gave with purpose. They established the Gluck-Asher Financial Award at Ohio State to assist and reward students with a passion for public service and to honor Herb Asher, professor emeritus of political science at Ohio State, who was a longtime member of the faculty.

Students who participate in the internship program at the Ohio Statehouse are eligible for a one-time $500 minimum award. The award is coordinated through a partnership between the Department of Political Science and Ohio State’s Office of Government Affairs.

When Barry Gluck transferred to Ohio State in 1971, he fully embraced the Buckeye lifestyle, getting involved in intramural sports teams, reconnecting with high school friends and hitting the books. At the time, he was determined to attend law school and was confident he could do so under the guidance of Political Science Professor Herb Asher.

Asher was assigned as Gluck’s academic advisor, offering counsel and support whenever he could. Upon graduation, Asher set him on the right path by introducing him to connections at the Ohio Senate.

"The opportunity Herb created allowed me to feel like I could almost do anything. I became confident in my abilities and that enabled me to move forward with purpose," Gluck said.

Following graduation, Gluck took on the role of legislative assistant to the state senator from Dayton, Ohio. While there, he became an influential force in the office, helping to draft legislation, writing speeches, meeting with lobbyists and traveling throughout the state with top members of the Senate.

"Working with such smart, highly educated and giving public servants everyday showed me I could effectively compete in any career path where I chose to apply myself,” said Gluck. “This knowledge, awareness and confidence all came about thanks to the guidance and options that Professor Asher provided me.”

After his job with the Ohio Senate, Gluck attended the University of Dayton Law School. At the end of one year, his career aspirations changed and Gluck landed in the Executive Training program of Federated Department Stores. It is there that he hit his stride, never looking back. Gluck progressively worked his way up to senior management positions at Dayton Hudson Corporation and Macy's, before ending his 40-year retail career at Ross Stores, Inc. After 17 years at Ross, Gluck retired as executive vice president of merchandising, marketing and store planning and allocation.

To thank one of his most influential profs, this @osupolisci alum is paying it back by paying it forward #ASCDaily

Paying it back by paying it forward

Gluck remains grateful for his education and experiences at Ohio State. He especially wanted the opportunity to thank and repay the man who set him up for success. After many years, Gluck was able to reconnect with his old advisor and express his gratitude.

“It was amazing to be able to go back and thank Herb for what he provided me,” Gluck said. “I wanted not only to thank him but to somehow honor him by paying him back by paying it forward.”

The Gluck-Asher Financial Award has grown exponentially since its establishment in 2015, with the number of student recipients growing from a handful per year to approximately 24 per year. The fund through which the award is financed is also able to give additional support to students who have an unmet financial need.

“It makes me feel good that we’re in a position to give back to others, while also dedicating it to Herb,” Gluck said.

Many students have benefitted from the award, including Ashley Meece, a second-year student who interned with the Ohio House of Representatives in fall 2016. For her, knowing that she had the support of an important alumnus was inspiring. 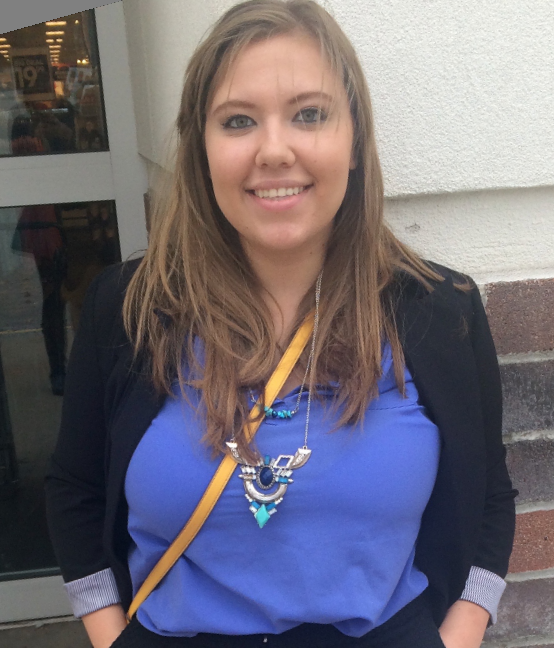 “(The award) is incredibly generous, especially in an age where working in a government body is such a sought-after experience,” said Meece, a political science major. “Receiving it makes me feel like the work I did was worth something.”

Alan Grinberg, a third-year student currently interning with the Ohio General Assembly, shares that sentiment. Grinberg values the opportunity to work in a professional environment and network with successful people, knowing that he is backed by the College of Arts and Sciences and alumni such as Gluck.

“It feels great being able to gain support from an influential alum,” Grinberg, a political science and Russian major, said. “It feels good knowing that my college had such a positive impact on one of its students that he decided to help political science students like myself with financial compensation with their internships.”

Paying it back by paying it forward. It’s a win-win for Ohio State and its alumni.