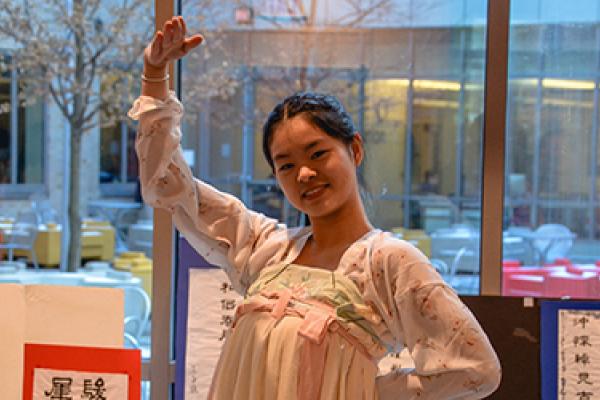 For the eleventh consecutive year, members of the Ohio State community came together on Jan. 30 to celebrate the Chinese New Year and share traditional Chinese cuisine, performances and customs. Students and faculty demonstrated Chinese calligraphy and a Lion Dance, as well as other traditional dances and a Taiji Sword performance.

Minru Li, the assistant director of the National East Asian Languages Resource Center at Ohio State, said that the event is important because it invites all people to share in and learn about Chinese culture.

“We need to share our traditions, our culture (along) with other cultures to make our Chinese culture and the Chinese people a part of the American society,” said Li, who co-organizes the annual event alongside Rebecca Bias, assistant director of the Center for Languages, Literatures and Cultures. “We’re building a multicultural society, so we need to make the world more peaceful, better and for people to live together.” 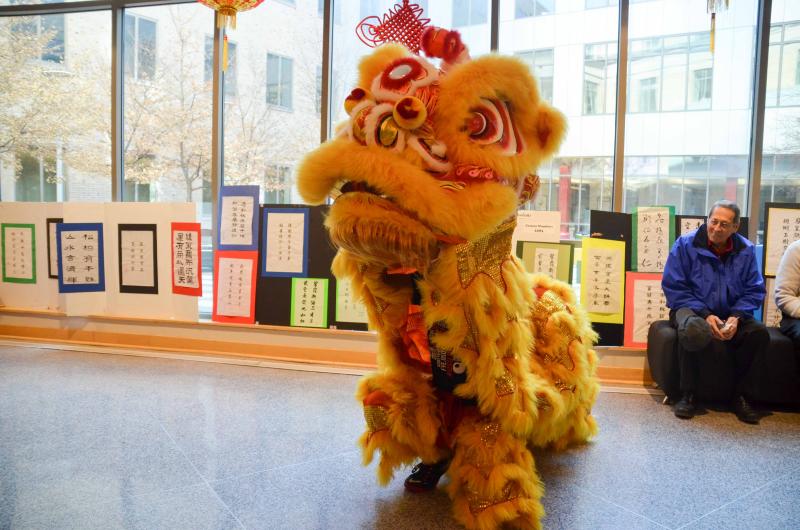 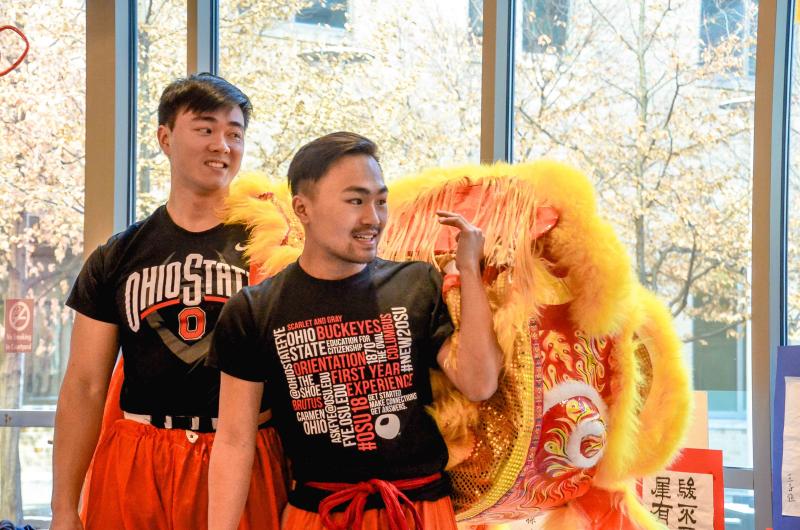 Peter Hsu and Tony Nguyen catch their breath after performing a lion dance. Hsu is a second-year neuroscience major, while Nguyen is a third-year computer science and engineering major. Both are members of Pi Delta Psi fraternity. 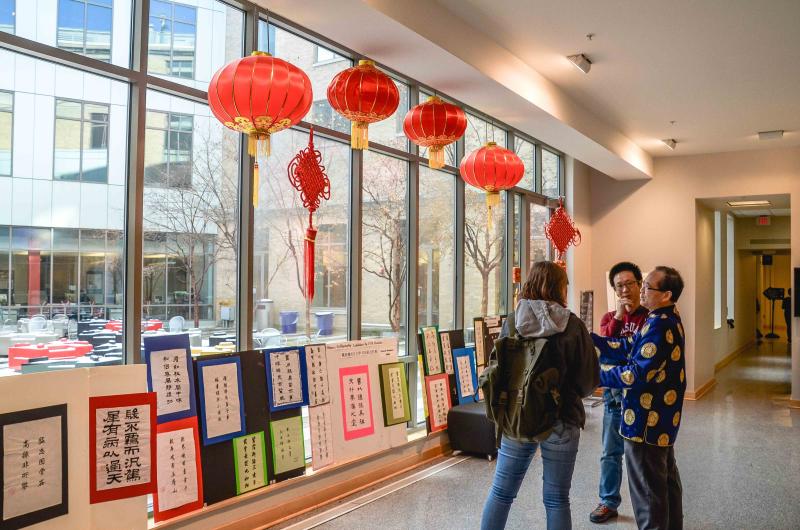 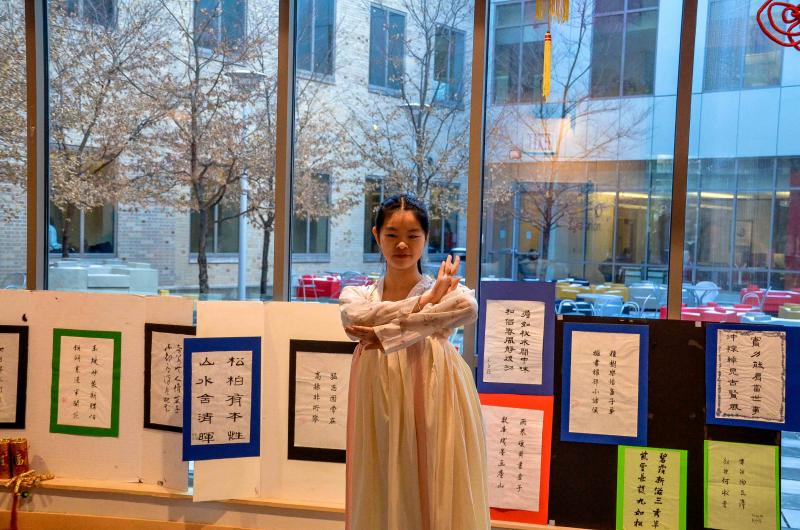 Manxi Gao, a mathematics major, performs a traditional Chinese dance. Gao’s performance was one of many traditional pieces showcased at the 2017 Chinese New Year celebration. 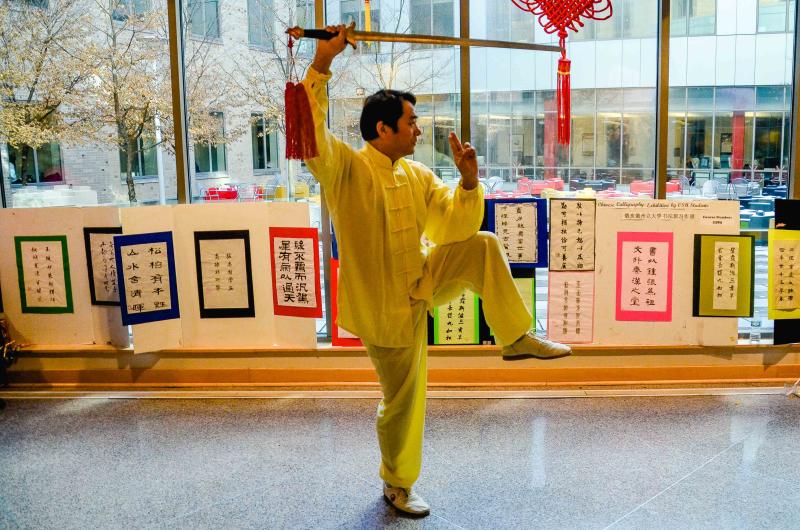 Gang Sun of the Department of East Asian Languages and Literatures performs a Taiji sword routine at the 2017 Chinese New Year celebration. Sun is a visiting scholar from Shandong Normal University in Jinan, China.

This event was co-sponsored by the Department of East Asian Languages and Literatures; the Center for Languages, Literatures and Cultures; the East Asian Studies Center; the Institute for Chinese Studies; The Ohio State University Midwest US-China Flagship Program; the Chinese Writing and Art Communication Club; Dance of the Soul from China; Pi Delta Psi fraternity; and the National East Asian Languages Resource Center.

@OhioState rings in the #YearOfTheRooster with Chinese calligraphy, food and, of course, a Lion Dance! #ASCDaily