In Search of the First Americans

Since the arrival of the Spaniards to the New World, scholars and researchers have asked themselves three questions: Who were the First Americans? When did they get here? Where did they come from?

“Surprisingly enough, here we stand more than five centuries later, and we still do not have good answers for these most basic questions about the initial occupation of our continent,” said Mark Hubbe, associate professor of anthropology. 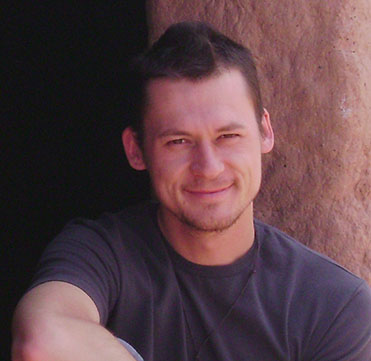 “What we do know is that this process was considerably complex; may have involved multiple waves of human dispersion into the continent, using both land and ocean routes; and that it happened at least 15,000 years ago, but possibly much earlier than that.”

Deciphering this complex history with the scant remnants of the past is not a simple task, and it is one that requires researchers to look into these questions from multiple viewpoints. This is exactly where Hubbe’s research falls.

Hubbe is part of a multinational team of researchers, including Brazilians, Argentinians, Germans and North Americans, who are dedicated to reconstructing the initial steps of humankind into the Americas. This team has been excavating and studying the early sites from the Lagoa Santa region in Central Brazil. Lagoa Santa is a unique region in the continent due to both the unprecedented amount of early archaeological sites and the history of research in the area.

According to Hubbe, the karstic region of Lagoa Santa has more than 800 documented caves and rock shelters, many of which were occupied by hunter-gatherer groups between 7,500 and 11,500 years ago.

“In the rock shelters, these early American groups lived intermittently, slowly accumulating thousands of years of evidence of their lifestyles, including burials of their dead,” explained Hubbe. “Consequently, paleontologists and archaeologists have explored Lagoa Santa since the 19th century, when the Danish naturalist Peter Lund found the first evidence of human coexistence with extinct megafauna in one of the local caves.  Lund’s work brought the remote area of Lagoa Santa onto the scientific map, becoming one of the most important archaeological regions in the Americas.”

Hubbe’s work at the Lapa do Santo site continues the study of the Lagoa Santa remains and how their findings contribute to the understanding of the settlement of the Americas. Among the many findings that the Hubbe and the team reported in the past few years, two deserve special mention.

The first is the finding of the earliest case of decapitation in the Americas, reported recently in the journal PLoS One. This burial, dated to 9,000 years ago, consists of a single head with both articulated hands covering its eyes. The skull and hands were severed from the body after the death of the individual and buried in a highly ritualized way, following the symbolic beliefs of the groups that lived in the area.

“While it is impossible for us to know what their specific beliefs were and why they treated this individual in such a unique way, this is a remarkable find because it demonstrates that early in the history of the human occupation of the continent, these hunter-gatherer groups gave nature and human life a complex symbolic meaning, treating their dead in special and unique ways,” said Hubbe.

The second remarkable find, from the point of view of the cranial morphology, is that these early groups do not resemble the typical Native American groups. In fact, the differences seen across time inside the Americas are as big as the differences seen between the most different human populations in the planet nowadays. Since cranial morphology is highly correlated with genetic background, these results point towards a complex history of settlement of the continent.

Do these differences indicate that two migrations occurred onto the continent, one bringing the Lagoa Santa cranial shape and the other the typical Native American cranial shape? Or are these differences indicating strong changes in the biological composition of the Native American groups during the past thousand years, as a result of adaptations to diet and lifestyles?

Hubbe hopes that future research will help answer these questions.

“What we do know is that we are far from being able to explain the settlement of the continent and that every new discovery brings yet new aspects of the life and ways of the first Americans into light.”