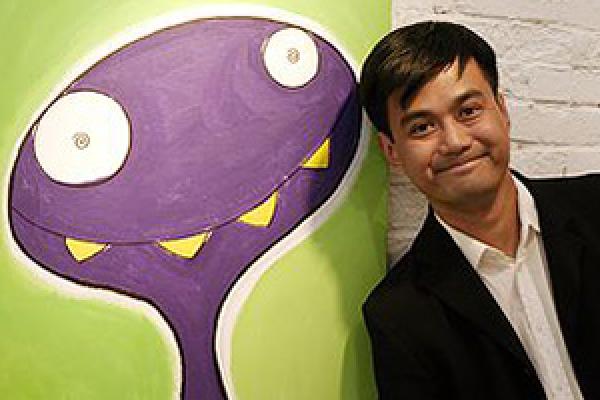 It’s hard not to adore the eternally cheerful Bren Bataclan, who earned his graduate degree from Ohio State in 1995 and studied at the Advanced Computing Center for the Arts and Design (ACCAD). After all, the full-time artist who now lives in Boston has spent over a decade sparking smiles from strangers via his SmileyB project, where he leaves free, winsome paintings for people in public places (he has given away more than 2,000 across the country and around the world), along with notes of hope and cheer. In fact, he’s on his way now to Honduras to give away more of his jaunty character paintings there. 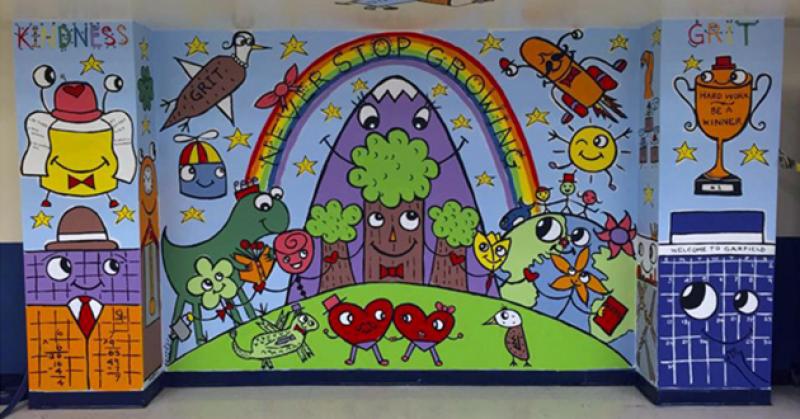 In revisiting Bren, we found out he has just completed painting more than 100 light-hearted murals in schools, hospitals and businesses, everywhere from Massachusetts to North Carolina to Washington state. He also comes to life weekly – with a side-kick named Beanie – in a video series called “The Beanie and Bren Show,” which is filmed in Los Angeles. Recently, the duo taught kids of all ages how to draw a groundhog.