Sonic Arts Ensemble records album from across the globe 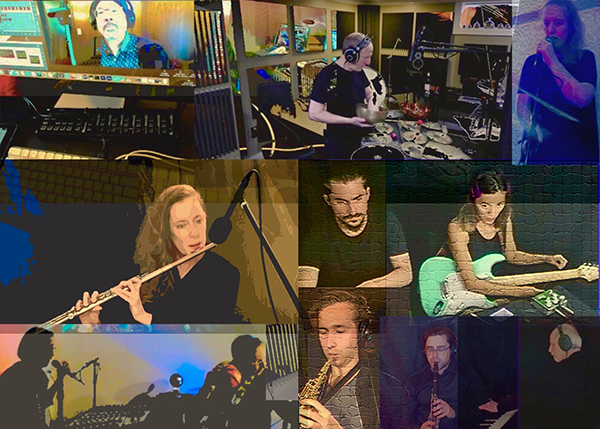 A screenshot from a Sonic Arts Ensemble recording session where visual effects are incorporated live as the musicians perform.

Marc Ainger is putting out a record this week, and he means "record” in two definitions of the word.

The new album being released is a musical record, sure, but it’s also a reflection of the time when it was made. With the Sonic Arts Ensemble and guest musicians from around the world, the album showcases the powerful impact of Ohio State-made lag-reduction software and exhibits the best of how people can come together to create remotely during the pandemic — a distinct historical period.

“We were able to make this whole situation into a real plus, and I think the music’s really exciting and it shows what you can do,” said Ainger, an associate professor in the School of Music.

The album, “Live from the Multiverse,” is the product of nearly a year of recording done by the Sonic Arts Ensemble, which is housed in Ohio State’s Advanced Computing Center for the Arts and Design (ACCAD).

At the start of the pandemic in March 2020, ACCAD and the School of Music began collaborating on software that could reduce latency in audio transmissions over the internet. They hoped to give musicians a sense of “presence” that would allow them to perform together across vast distances without lag that would ruin the timing and feedback needed for musical performance.

Soon after early versions of the software were created, the Sonic Arts Ensemble began recording and experimenting. With the software in effect, collaborators from four different states and three other countries — Austria, Argentina and Taiwan — were able to sound like they were in the same room together.

“If you didn’t know, you would think it was just a regular recording,” Ainger said. “It’s magic — it really is.”

After a year of recordings, Ainger decided to put together an album. That wasn’t the plan originally, but when he realized all the incredible music the ensemble had created and the novelty of how it was made, an album just made sense. He dug through all the recordings and eventually compiled the five-track album that runs for about 40 minutes.

Its title, “Live from the Multiverse,” is a nod to how Ainger felt while recording. With multiple different monitors in front of him during the recordings along with sensory input from headphones, speakers and text apps, he felt he was existing in several different universes at the same time.

Though this album is complete, there’s still work to be done with this software and this emergent art form. New musical styles and collaborations are likely to come from this, and ACCAD is continuing to perfect its software. They’re figuring out what can be done in these remote, lag-free spaces that can’t be done live. With infrastructure that’s been developed at ACCAD, they’re editing together live, remote concerts with video elements.

The future is opening in front of them, and the possibilities are open-ended.

“We’re always preparing our students for jobs that we don’t know exist yet,” Ainger said. “It’s the same with the music. We’re trying to come up with music that draws from the past but continues that tradition rather than sitting in one place.” 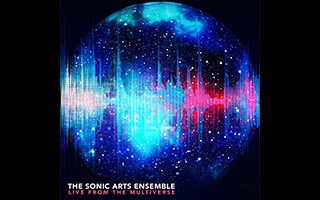