Speech and hearing science student works at intersections of advocacy

Speech and hearing science student works at intersections of advocacy 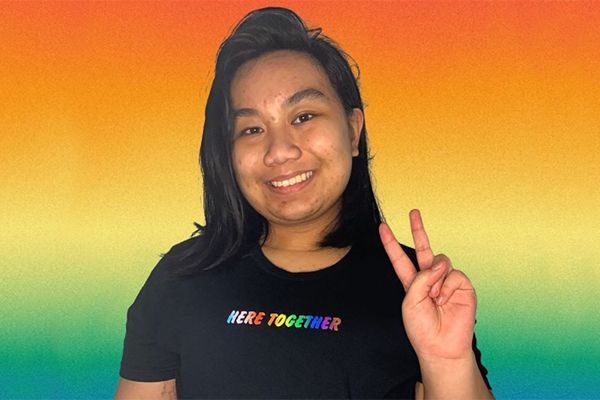 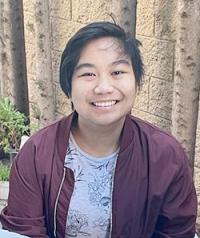 Jaiden Blancaflor was surprised to learn that, in a way, he’s indecisive.

In the five years since he started working in social justice spheres, Blancaflor has realized there are too many aspects of his identity that he won’t neglect or diminish. As a Hard-of-Hearing LGBTQ person of color, he won’t limit his energy to advocate for only disability justice or only LGBTQ justice or only racial justice.

And in that way, Blancaflor isn’t indecisive at all. He just refuses to settle.

“Social justice work is often divided and dissected so that it’s digestible to the mass media, and I don’t think that’s the approach we should take,” he said.

Blancaflor, a first-year undergraduate at Ohio State majoring in speech and hearing science, was recently selected to the inaugural cohort of GLSEN’s Freedom Fellowship Program, which provides opportunities for its fellows to study regional topics affecting LGBTQ students, create stronger connections among LGBTQ youth and make school environments safer and more affirming spaces. Since its founding in 1990, GLSEN has advocated for LGBTQ issues in K-12 education, seeking to ensure LGBTQ students around the country can learn and thrive in inclusive spaces free from bullying and harassment.

Intersectionality has always been essential in moving social justice and civil rights forward. Trans women of color, like Marsha P. Johnson and Sylvia Rivera, were vital in planting the roots of the LGBTQ community. Similarly, the disability rights movement grew from the work of Black women activists like Lois Curtis and Johnnie Lacy.

Blancaflor, who is also minoring in LGBTQ+ studies, American Sign Language, and disabilities studies, is laying a foundation that bridges his lived experience, following their examples to blaze his own trail.

Before Blancaflor even chose Ohio State, he was already working toward his eventual minors. He studied LGBTQ and disability rights movements and their histories. He picked up American Sign Language in high school, earning a certificate of achievement from a community college.

So when he learned Ohio State offered minors that fit not just what he’d already been studying, but how he identified himself, things began falling into place. When he was offered an opportunity in the University Honors Program and the Morrill Scholarship — the university’s premier merit and diversity scholarship program — Blancaflor knew Ohio State was where he was supposed to be.

“No other school had given me the opportunities that Ohio State offered me,” he said. “Those opportunities drew me in, along with the region and campus. … I really loved the school, and I’m really glad to be here.”

Blancaflor has a place in his heart for the Midwest — he would visit family in Chicago nearly every summer and his older brother attended a Big Ten university — but he was born and raised in Southern California. Against a national backdrop of increased polarization and charged rhetoric, Blancaflor felt compelled to find avenues for championing causes important to him. He got involved with an LGBTQ justice organization at his school, using Instagram to develop an online network of advocacy. His activism eventually carried over to GLSEN, where he was selected to the organization’s national student council.

Blancaflor learned he’d been selected to the GLSEN Freedom Fellowship a few months after arriving on campus. As a Freedom Fellow, Blancaflor will serve the Midwest region, leveraging connections past, present and future to foster a thriving LGBTQ community and plant new roots in an area he’s always felt linked to.

“I’m excited to work in the Midwest and connect to this community,” he said. “I want to stay grounded, … to find my own place to call home outside of California.”

After earning an undergraduate degree, Blancaflor plans to continue into graduate school and — inspired by his own audiologist — work toward a doctorate in audiology. Eventually, he hopes to open his own audiology practice and work with children with disabilities. Growing up, many people helped him get to where he is now, and he wants to be that same beacon of hope for others.

“Oftentimes, young people feel like they don’t have a voice or don’t have a say in their own future,” Blancaflor said. “I’m in a place where I’m safe and secure — I know my rights, and I know who I am. But a lot of people don’t. If I can help people feel less alone, even that’s enough for me.”