Theatre MFA Student Talks about her Role in Carol

Question to Ohio State graduate student Linnea Bond: Remember that one time you and Cate Blanchett had the same hairstyle? Talk about awkward.

“It’s kind of a funny story, actually,” laughs Bond, a theatre MFA student who had a role in the recent movie Carol. “I went to makeup first and got my hair done, but they were worried that it was going to be too similar to Cate’s hair. So when she arrived on set, sure enough I was back in makeup getting a new hairstyle. But, it was totally fine. That’s show business!”

“I’d never done any film before, so it was a new experience — having cameras in my face. You really had to have an awareness of where you were on set and whether or not the camera could see you,” said Bond. “But when it comes down to it, you’re just trying to create the world for them and make it believable for the lead actors to work within, not just for the audience.”

Bond grew up acting, but she did not pursue it as an undergraduate in college. But after spending time at the Ensemble Theatre in Cincinnati and after her role in Carol, she went back to school for her MFA in acting. She chose Ohio State for its unique MFA program.

“Ohio State’s program is not only focused on acting but on the creation of new works, too. It’s quite unique. When you graduate, you will feel confident in your ability to audition, create and collaborate.”

For her undergraduate studies, Bond attended Washington and Lee University and graduated in 2011 with a degree in sociology. Now at Ohio State, she is looking to study the intersection between sociology and acting while diving deeper in the meaning of theatre in the world.

What’s next for Bond?

“I’m looking for a career that is creation, as well as collaboration and teaching,” she said. “Theatre doesn’t exist just for entertainment. It exists to connect and communicate with other human beings.”

Note: Theatre alumnus Trent Rowland also had a role in Carol. You can read about his story in The Lantern. 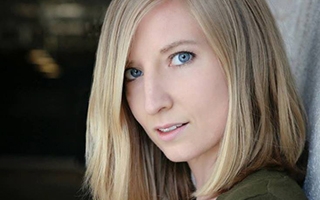