Too Much Praise Can Turn Your Kids into Narcissists

Brad Bushman, professor, communication, is co-author of a study finding a direct correlation between parents who overvalue their children and children who are narcissistic. The study, published Monday in the Proceedings of the National Academy of Sciences, is the first to look at the origins of narcissism.

Narcissistic individuals feel superior to others, fantasize about personal successes, and believe they deserve special treatment. When they feel humiliated, they often lash out aggressively or even violently. Unfortunately, little is known about the origins of narcissism.

Evaluating 565 Dutch children, ages 7 to 12, for narcissistic tendencies, Bushman and a team of investigators questioned the children's parents on how, when and how often they praised their child.

The children whose parents consistently told them they were superior to other children, no matter what, scored higher on measurements for narcissism compared to the kids who were given a more realistic view of themselves, the investigators found.

"Parents should be warm and loving, but not give their child blanket praise," said Bushman. "We should not boost self-esteem and hope our children will behave well. Instead, we should praise our children after they do well.

Children were measured for levels of both narcissism and self-esteem.In this study, children with high self-esteem, rather than seeing themselves as more special than others, agreed with statements that suggested they were happy with themselves as a person and liked the kind of person they were.

“People with high self-esteem think they’re as good as others, whereas narcissists think they’re better than others,” Bushman said.

Bushman conducted the study with lead author Eddie Brummelman, a postdoctoral researcher at the University of Amsterdam in the Netherlands. 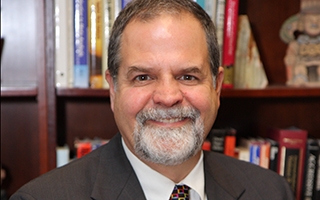