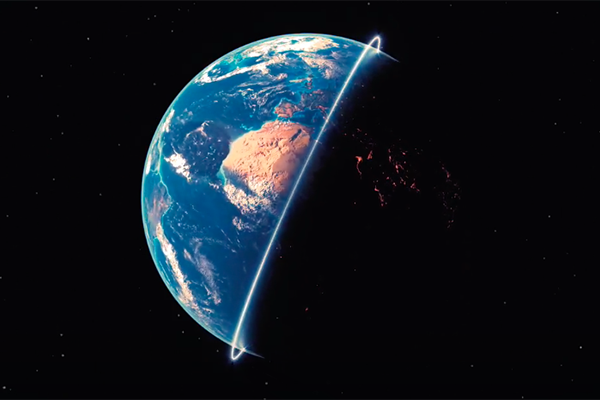 We are either alone in the universe — or we are not. Both possibilities are staggering in their own overwhelming and awe-inspiring ways.

Finding life thriving on some faraway, habitable planet would be one of the most momentous discoveries in the history of science. On the other hand, considering the immensity of cosmic real estate — astronomers estimate the observable universe contains around 2 trillion galaxies and is approximately 93 billion light-years across — the implication that life exists solely on Earth is equally astonishing.

“It would be very profound if we found life elsewhere because it means we’re not particularly alone or special in any way,” said Thomas Jefferson Professor for Discovery and Space Exploration Scott Gaudi of the Department of Astronomy. “But it would also be profound if we didn’t find life and it turns out we are cosmically lonely. Putting our humanity in the context of the entire universe is kind of the goal of the search for extraterrestrial life.”

When we stare out into the vast, black ether, is there anything staring back at us? It’s a question as old as time, one we have pondered for ages.

And it’s one Ohio State astronomers are working to answer.

Ohio State and Vanderbilt University are joint founding members of Twinkle, a privately funded space mission that will scour alien atmospheres via satellite telescope, providing new data and shedding light on the potential habitability of exoplanets, or planets outside our solar system.

At Ohio State, the project is led by Gaudi, second-year graduate astronomy student Caprice Phillips and her advisor, assistant professor of astronomy Ji Wang. Phillips is leading the effort to identify optimal targets for observation, performing simulations to compile a list of planets for Twinkle to study once it launches in late 2023.

The three Ohio State astronomers, along with Keivan Stassun, Stevenson Professor of Physics and Astronomy at Vanderbilt, are combing through potential exoplanets identified by NASA’s Transiting Exoplanet Survey Satellite (TESS) mission, isolating those that fit their criteria for further observation by Twinkle. When the Twinkle satellite enters its orbit around Earth, its ability to measure a wide range of light wavelengths will allow the researchers a thorough breakdown of the atmospheres surrounding their target exoplanets.

Twinkle uses a method called transit spectroscopy to characterize atmospheres. When an exoplanet moves in front of its host star from our perspective on Earth, a fraction of that star’s light interacts at different wavelengths with the molecules in the exoplanet’s atmosphere. By evaluating and measuring that light, a compositional picture of the exoplanet’s atmosphere comes into focus, which is key to unlocking the planet’s mysteries.

We already understand the chemical makeup of our own atmosphere, and — because we’re here — we know it supports life. Using us as the model, scientists can deduce what to look for in the atmospheres of exoplanets. On Earth, compounds such as oxygen, methane or carbon dioxide are biosignatures, or signs of life. If Twinkle detects those compounds in other atmospheres, it could indicate lifeforms there, as well.

There’s an issue, however, with this line of deductive reasoning — a selection bias scientists dub the anthropic principle. Since life is abundant on our world, it stands to reason that similar worlds harbor life, too. But scientists don’t want to confine their criteria just to planets with Earth-like atmospheres. That’s why astronomers like Phillips are thinking outside the box and exploring other potential biosignatures.

Phillips, who is also co-organizer of BlackInAstro, a movement aimed at fostering better diversity and representation in astronomy, specializes in exoplanet detection and exoplanet atmospheres. Currently, she’s examining which target planets could contain traces of ammonia in their atmospheres. In the case of a type of exoplanet called a super-Earth, which is two to 10 times the mass of Earth, it’s believed atmospheric ammonia could only be produced biotically.

Studying the atmospheres of super-Earths — alongside other classes of exoplanets such as hot-Jupiters and sub-Neptunes — can help answer other questions as well. How were these planets formed? Why aren’t these types of planets found in our own solar system?

“We’re starting to characterize a very broad range of planets and trying to understand their properties and atmospheres,” Gaudi said. “These kinds of inquiries are going to continue, but it’s all inexorably leading toward this sort of ultimate goal of the exoplanet field, which is to find potentially habitable worlds.”

Artist depictions of exoplanets (from top) Kepler-22b, a super-Earth; 51 Pegasi b, a hot-Jupiter; and HAT-P-26 b, a sub-Neptune. Photos courtesy NASA/European Southern Observatory

The study of exoplanets is a relatively new field. The first exoplanets were found in the early 1990s. Since then, the field has grown exponentially; over 4,300 exoplanets have been discovered, but little is known about most of them. Gaudi and Wang have dedicated their careers to probing the skies, looking for more worlds and understanding them. Gaudi is also a principal investigator of the Nancy Grace Roman Space Telescope Galactic Exoplanet Survey, which uses a different technique called microlensing to identify and characterize exoplanets. Wang has utilized the Large Binocular Telescope to further analyze hot-Jupiter atmospheres, which will help supplement future data.

For them, Twinkle is another vital step toward providing additional context to the worlds we know are out there.

“Life is about questioning things,” Phillips said. “‘Is life out there?’ is a big question, and it’s fascinating the different ways we’re trying to answer it. Even if it isn’t in my lifetime, the work you’re doing can help future scientists answer that question.”