The American Academy of Arts and Sciences recently announced the class of 2015. Its 197 new members include some of the world’s most accomplished scholars, scientists, writers, artists; and civic, business and philanthropic leaders. Two of them call Ohio State home. 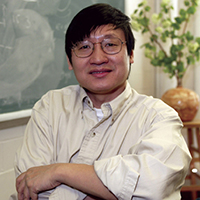 Tin-Lun (Jason) Ho received his PhD from Cornell University in 1977 and joined Ohio State’s Department of Physics in 1983, after two, two-year stints as a research associate; first at the University of Illinois, Urbana-Champaign; then at the Institute for Theoretical Physics, University of California, Santa Barbara.

Ho is internationally recognized for leading-edge work in the areas of Condensed Matter Theory; and Ultra-cold Quantum Gases.

In 2012, Ho was one of only 27 researchers nationwide to receive the Simon Foundation's inaugural Simons Fellowships in Theoretical Physics, for “Fundamental Issues in Degenerate Quantum Gases,” which allowed him to focus solely on research for a full year.

His work has been well-supported by federal granting agencies, including the National Science Foundation (NSF), the Defense Advanced Research Projects Agency, the Army Research Office, and the National Aeronautics and Space Administration (NASA).

Ho has an impressive record of service to his profession. He has been associated with several prestigious organizations, including the Aspen Physics Center, and is sought after as an expert advisor to scientific organizations and serves as a member of international advisory committees. He has organized several major national and international conferences in his areas of expertise, including the Workshop on Synthetic Gauge Fields in Cold Atoms, ISATU, in Beijing, China, in 2010. He was appointed a Qian-Ren Visting Professor of Tsinghua University at Beijing in 2012. 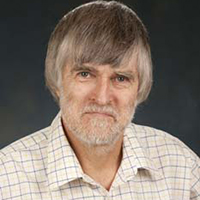 Roger Ratcliff obtained his masters in physics and PhD in psychology at the University of Auckland, New Zealand.  He joined The Ohio State University psychology faculty in 2003 as Distinguished Professor of Social and Behavioral Sciences after spending the first part of his career at Northwestern University, Yale and Dartmouth.

Ratcliff is one of the most distinguished cognitive psychologists working today. He has made contributions in a variety of domains in cognitive psychology including memory, psycholinguistics, perception, and decision making (collaborating with his wife, Gail McKoon, who is also a professor at Ohio State).

He is best known for his development of the Diffusion Model of decision making, a theory that has become the gold standard of simple decision-making models of information processing. It elegantly explains key aspects of experimental data (accuracy, correct and error response times and their distributions). This model is now licensed for use in the fields of aging and child development, value-based and simple economic decisions, human and animal neuroscience, various clinical domains such anxiety, ADHD, dyslexia, aphasia, and depression, and sleep deprivation and hypoglycemia.

Among Ratcliff’s most notable accomplishments are being today's most published author in the prestigious psychology journal, Psychological Review; being awarded the National Academy of Sciences Troland Research Award in 1986; and receiving the 2002 Warren Medal from the Society of Experimental Psychologists. He has received numerous grants, including two NIHM Research Scientist Awards (1990-95, 2000-2005) and an NIMH Merit Award (1999-2009).

Founded in 1780, the American Academy of Arts and Sciences is one of the nation’s oldest and most elite honorary societies and a leading center for independent policy research. Members contribute to academy publications; studies of science and technology policy, global security and international affairs, social policy and American institutions, and the humanities, arts and education. The new class will be inducted on October 10, 2015, in Cambridge, Massachusetts. 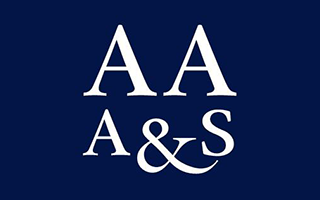