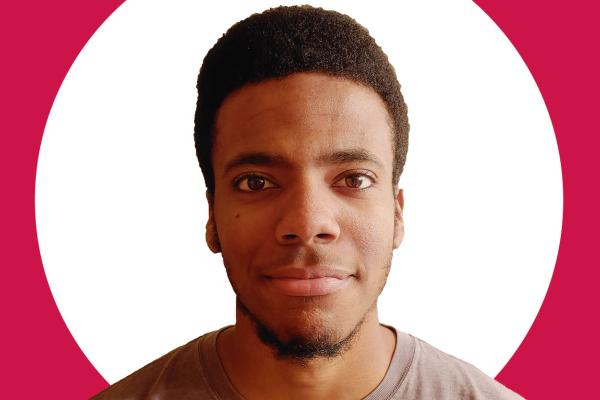 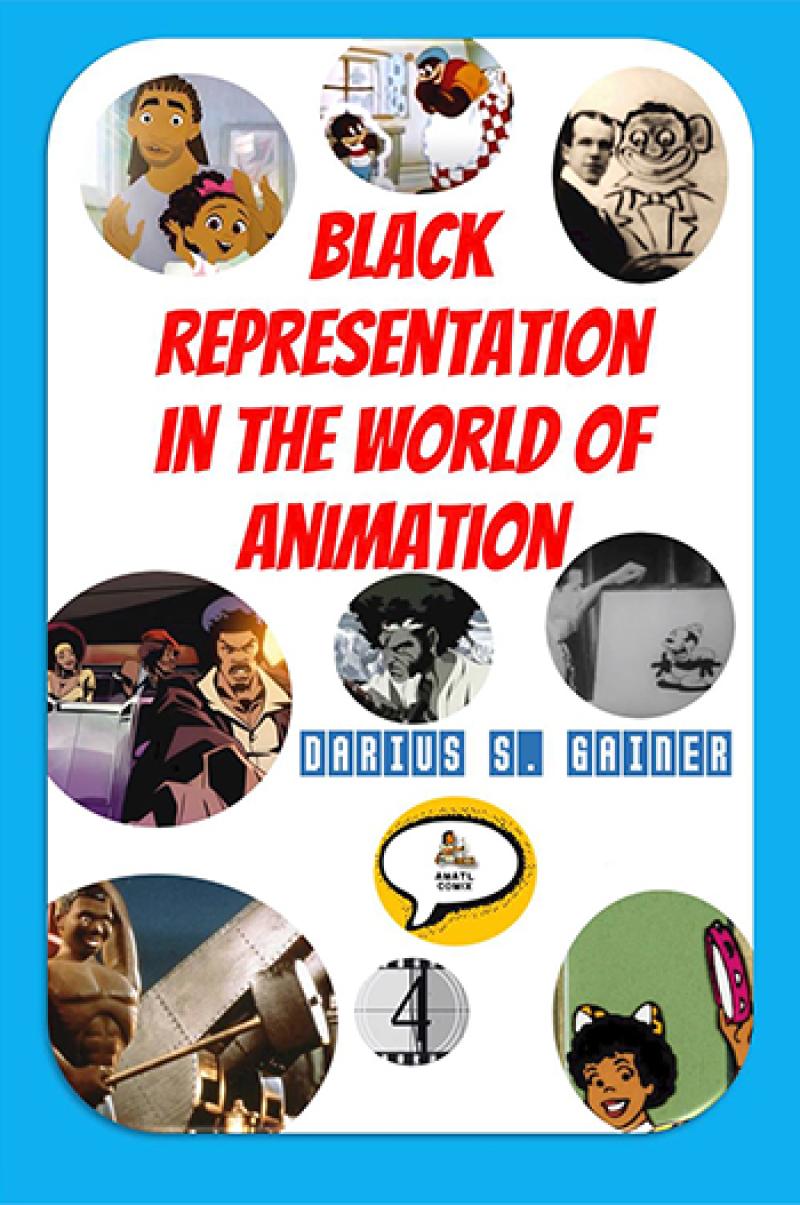 Animation has always held a special place in Darius Gainer’s life. He grew up watching Cartoon Network and Disney movies, the “Batman” animated series and “The Iron Giant.”

“Since I was very young, I've loved cartoons and loved animated entertainment, and it's just one of those art forms that had a significant impact on my life in ways that very few other kinds of popular culture have,” he said.

So when Gainer, who graduated last spring with a degree in communication and minors in film studies and professional writing, took a course with the Department of English’s Frederick Luis Aldama, he was inspired to write a book about portrayals and representation of Black characters in animation and cartoons. That book, Black Representation in the World of Animation, is set to be published by San Diego State University Press in September.

Publishing such a book is a remarkable feat for an undergraduate student in an academic press market that largely only considers work from scholars with PhDs and faculty positions, Aldama said.

“As far as I know, this is the first time an academic press has published an undergraduate,” Aldama said. 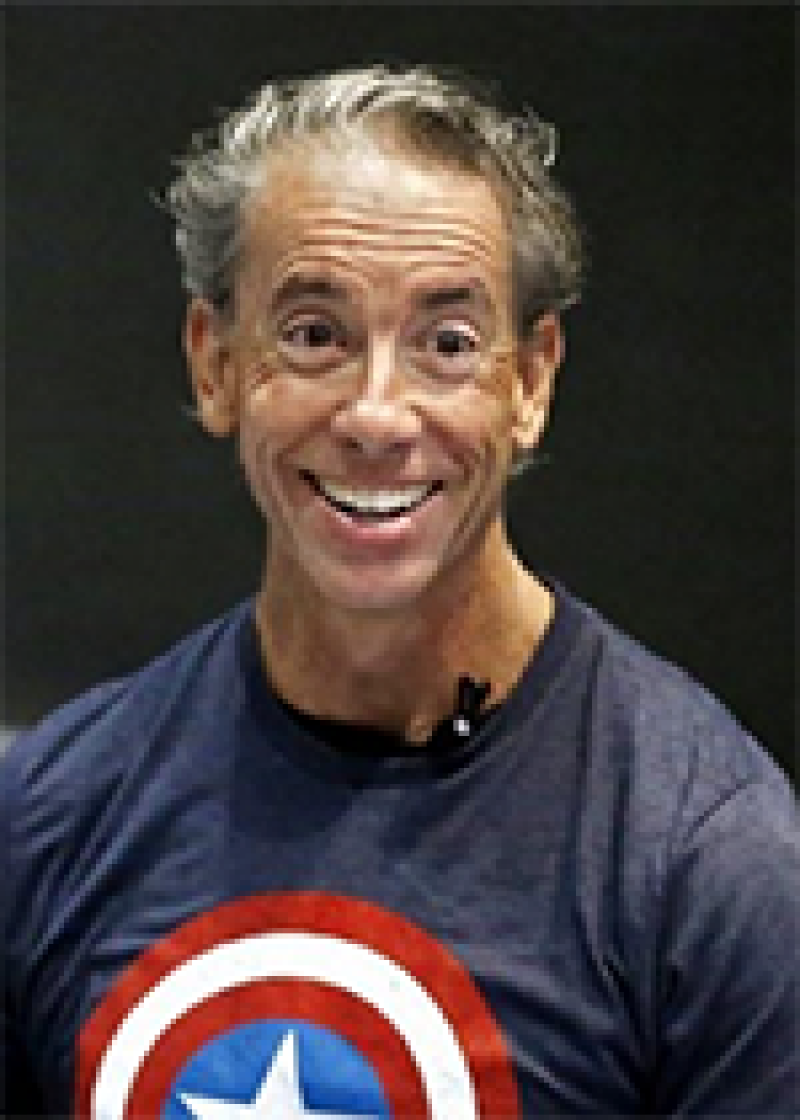 Black Representation in the World of Animation looks at popular culture through the lens of diversity. It focuses on appreciating Black and brown characters who appear on screen and brown and Black people involved in the production of cartoons.

Cartoons and animation, Gainer said, are a form of art that has a huge impact on popular culture — in addition to being entertainment for all ages — and should be more broadly respected.

“As a Black person myself, I thought I could really bring a perspective to this subject,” Gainer said. “Today more than ever we need that kind of empowerment for Black communities. That's why I thought by at least showing how African Americans have been portrayed, that will be a really strong way to empower Black communities and to give us a new way of looking at animation.”

Aldama was a steadfast advocate for Gainer’s book, pitching it to various university presses — and fielding rejections — until he finally spoke with William Nericcio at SDSU Press, who recognized its valuable contributions and agreed to publish it.

By examining the presence of characters of color in animation, Gainer’s book provides a look at the “culturecide,” or the deliberate erasure of the presence of BIPOC cultural production through creative, and intellectual work, in the U.S., Aldama said.

“Darius’ book is absolutely important and crucial because he's going back and he's reconstructing histories creation — both positive and negative — that have both liberated and straitjacketed the experience and identities of Black folks,” Aldama said.

Black characters have a long history, going back virtually to the beginnings of some of the animated cartoons that came out over 100 years ago. Those portrayals, even by industry’s most well-known creators such as MGM and Disney, reflected the Jim Crow era in which they were produced by often denigrating, dehumanizing and otherwise marginalizing African Americans.

“For the most part, for the first half of the 1900s, African Americans weren't really contributing to this art form,” Gainer said. “That's largely why you see a lot of these racist and biased images because they're the reflection of how white animators and white cartoonists interpreted Black culture at that time.”

Depictions of Black characters slowly changed throughout the latter half of the 20th century, and Gainer said the last 20 years have introduced an abundance of strong Black characters and animation accompanied by Black artists entering the industry.

Currently, the limited existing scholarship on Black characters and creators in animation focuses largely on animation’s early history rather than contemporary portrayals. Black Representation in the World of Animation chronicles those changes, providing a new perspective in the field of race and popular culture.

Gainer, who is also a Morrill Scholar, said throughout his time at Ohio State, he’s been trying to figure out how to contribute to the mission of the Morrill Scholars Program, which recognizes students not just for academic excellence, but also for being actively engaged in diversity-based leadership, social justice and service.

“Now that I've written this book, I feel like I've actually done something really meaningful that honors what the program values,” Gainer said. “I hope that I've really honored that mission and that I've shown that I was worthy. Writing this book is a really great way to reflect what the Morrill Scholars program is all about.”