Data may not be conventionally thought of as akin to other extractive industries such as oil or natural gas, yet for tribal nations, the removal of these valuable resources seems to follow a similar pattern.

Outside researchers, often academics, go into an Indigenous community, gather their samples and leave, locking that data and the information to be learned from it within the researcher’s institution. There’s no long-term partnership, and the community reaps little benefit. 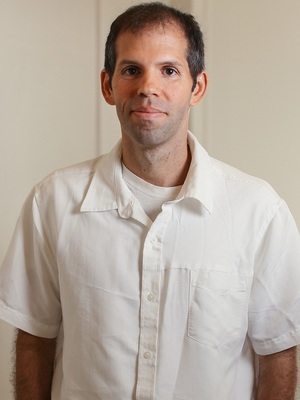 Matthew Anderson, assistant professor of microbiology in the College of Arts and Sciences and microbial infection and immunity in the College of Medicine, is helping put the power of data into the hands of tribal nations through two collaborative initiatives: IndigiData and the Native BioData Consortium (NBDC). The goal is to give tribal nations more say in their economic prosperity and tribal autonomy.

“Fundamentally, we’re trying to address the central question of power imbalances,” said Anderson, who is of Eastern Band of Cherokee Indians descent.

Anderson, a board member for NBDC and co-director of IndigiData, said data has increasingly become a source of control, money and power over the last 20-30 years. Information has fundamentally always been power, but that’s especially true in today’s information age.

Here in the U.S., data collected from different Indigenous people has generally been managed by the federal government, private corporations or academic institutions, inaccessible to tribal nations that are supposed to have sovereignty.

NBDC's president and vice president, far left and far right, meet with an NBDC technician and two reps from the genetic sequencing company Illumina to set up a new machine.

IndigiData is a one-week workshop each summer that introduces data science and informatics to Indigenous undergraduate and graduate students, while the NBDC is the first biorepository, or “biobank,” led by Indigenous scientists and tribal members in the U.S.

Both initiatives grew out of conversations within the Summer Internship for Indigenous Peoples in Genomics (SING), an organization striving to increase representation of Indigenous peoples in occupations and careers related to genomics and biomedical sciences.

As an Indigenous person, Anderson’s work is inherently tied to who he is — that’s how his involvement with NBDC first arose. However, his research on microbes’ influence on health and disease in people has also helped him contribute to these initiatives.

The amount of money that's produced from this genetic information is immense,” Anderson said. “With that financial power comes the power to dictate policy and to dictate the future of different peoples, and so this is why we're really focusing around health to begin with.”

“I don't do human genetics, but having been trained as a geneticist, I understood the concepts, I understood the frameworks in which this data is being used, and now with some of our microbiome work, it's become more clear how that ties into human health directly,” he said.

SING and NBDC focus on genomics to make sure advances in genetics and health research benefit all Indigenous people. Bringing Anderson’s field of expertise into working with Indigenous communities is particularly important because of the scarcity of research in that area; there's only been one microbiome study done specifically with Native Americans in the U.S.

“The amount of money that's produced from this genetic information is immense,” he said. “With that financial power comes the power to dictate policy and to dictate the future of different peoples, and so this is why we're really focusing around health to begin with.”

The Native BioData Consortium includes a storage facility for biological materials like DNA and a server complex for saving data. NBDC’s physical structure is on the Cheyenne River Reservation in South Dakota, but the nonprofit organization also helps different tribes set up their own biobanks and data repositories within their own national boundaries.

IndigiData, in contrast, arose after Anderson, Vanderbilt University’s Krystal Tsosie and other SING organizers realized that their summer internship program didn’t provide an opportunity to explore data analysis and was limited in its focus on genomics.

Anderson hopes the program will inspire Native undergraduate students to consider careers within data science. Eventually, the idea is to establish a network of people trained in informatics who can then return to their own tribal communities and provide a groundwork for them to maintain control and use of their own data.

“Over the long term, I hope that these initiatives give Indigenous people the power to determine their own futures,” Anderson said. “They have the samples and the means in which to make informed decisions about what they’re going to do within their own communities, as opposed to those decisions being made by others and then imposed on top of them." 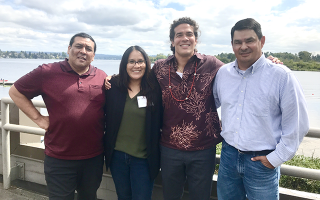