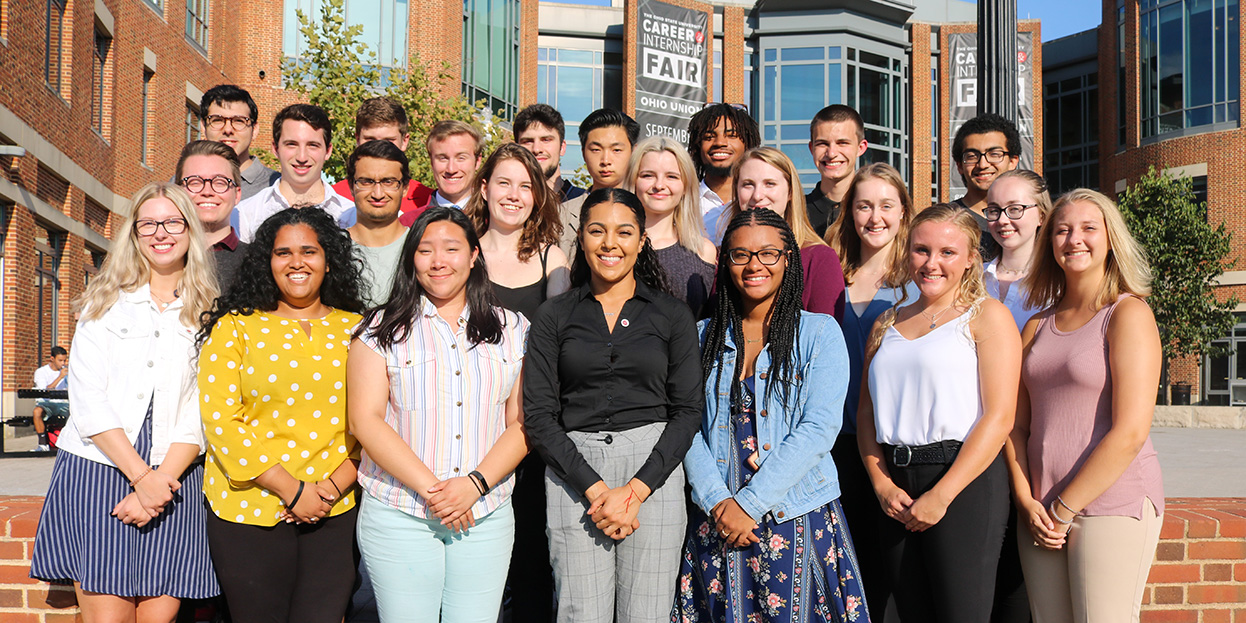 All Arts and Sciences undergraduate majors are invited to join the Student Council. Meetings are held on a regular basis and offer both leadership opportunities as well as a way for students to meet many of their peers.

Meet the Executive Board

The Arts and Sciences Student Council hosts an annual OSU Graduate and Professional School Fair. This event is open to all Ohio State undergraduate students and offers an opportunity to learn about Ohio State’s many graduate and professional school enrollment options.

Past Meetings Have Hosted:

Deadline to submit a nomination: December 6, 2019

Deadline to submit a nomination: December 6, 2019