Five Arts and Humanities faculty members in the College of Arts and Sciences have been chosen to receive the 2018 Ronald and Deborah Ratner Distinguished Teaching Awards:

The Ratner Awards recognize faculty who demonstrate creative teaching and extraordinary records of engaging, motivating and inspiring students. Each Ratner Award winners receives a $10,000 cash prize, as well as a $10,000 teaching account to fund future projects.

In 2014, Ronald and Deborah Ratner gave $1 million to establish the Ronald and Deborah Ratner Distinguished Teaching Awards. Ronald Ratner, of RMS Investment Group, is also the former director and executive vice president of development for Forest City Realty Trust, Inc. From 2007 to 2015, he was appointed by former Gov. Ted Strickland to serve on Ohio State’s Board of Trustees. Deborah B. Ratner founded ArtWorks, a Cleveland-based arts apprenticeship program, and Reel Women Direct, an award for women film directors. 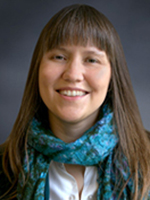 Sara Crosby teaches at The Ohio State University at Marion. Her classes include American literature, minority and gender studies, popular culture, and environmental and extractive literature. Through the diverse nature of her courses, Crosby aims for her students to learn to identify and analyze the narratives that shape themselves.

In Crosby’s 12 years at Ohio State Marion, she has directed seven undergraduate theses and taught 66 classes and three independent studies. She has also directed a doctoral dissertation to completion, and many of her undergraduate students have received several university awards. In 2016, she received Ohio State Marion’s Teaching Excellence Award. The Ratner Award will allow Crosby to establish a study tour of southern Louisiana to expand her current capstone class that studies the region into an immersive and hands-on experience outside the classroom. 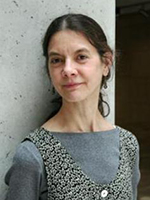 Karen Eliot teaches in the studio, where she offers classes such as ballet technique and repertory of the Merce Cunningham Dance Company, and in the classroom, where she leads classes in history, theory and literature. Her goal is to combine her knowledge of dance history, her commitment to student writing and her experience as co-editor of the peer-reviewed journal, Dance Chronicle, to serve her undergraduate and graduate students by improving their writing skills.

As her students learn to combine writing with their dance specialties, they will serve as advocates for the performing arts, and their critiques of performances will help audiences become more informed and engaged with contemporary art. In addition to learning about and training in performance and choreography, Eliot aspires to help students understand how to teach and write about their artform. Eliot proposes to use her Ratner Award to collaborate with the Wexner Center for the Arts on a yearbook containing student essays, criticism, interviews and photographs. 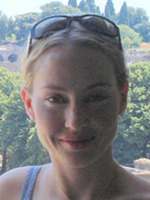 Julia Nelson Hawkins wants her students to understand the importance of pairing STEM and humanities pedagogies as a way to transform 21st-century education. After incorporating science and humanities to build up a small class about medicine in the ancient world, the interdependence of STEM and the humanities forms the basis of Nelson Hawkins’ educational vision.

Together with other Ohio State faculty, Nelson Hawkins has succeeded in establishing connections with the College of Medicine to create and develop curriculum that marries scientific and humanistic disciplines. This philosophy has been integral in launching the recently approved medical humanities minor and the medical humanities and social sciences master’s degree. Nelson Hawkins proposes to use the Ratner Award on developing a project that forges community partnerships to bring student education in line with local community exigencies in the healthcare sector. 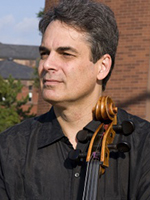 There’s a distinction between a cello professor and a professor who happens to teach the cello. Mark Rudoff considers himself the latter. While many cello professors tailor their teaching to technical and musical skills, Rudoff’s cello instruction is just one piece of his students’ whole education. Conventional studio pedagogy, Rudoff says, consists of a standard master-apprentice model in which the instructor critiques a students’ performance. This does little to cultivate artistry or independent thought. Thus, Rudoff aims to create a classroom atmosphere that encourages inquiry, collaboration, risk-taking and discovery, and pushes the idea that musical interpretation is a form of discourse that connects to larger issues in the humanities.

Rudoff has significantly grown the cello major and the cello studio, taught award-winning cellists and has worked to build strings chamber music in the School of Music. Rudoff proposes to use the Ratner Award to create and develop “Music Works,” a chamber music festival built around the philosophy that musical interpretation is an active, discursive process critical to musical collaboration. 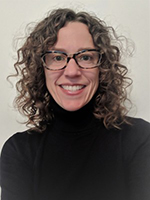 Mary Thomas’ classroom is a place where students are encouraged to cast aside assumed narratives about what is right or true, and she invites students to enter into frank engagement about uncomfortable topics. Her teaching interests include girls studies, geographies of race, gender and sexuality, identity and social difference, and prison studies. Thomas’ courses, she says, require students to enter into arenas that may be new to them. She believes in the importance of creating an environment that allows expression of both personal experience and service to academics.

Thomas is a leader in the Arts and Humanities Discovery Theme, first in Environmental Humanities and now in Livable Futures. She’s working to develop a field course for undergraduates on queer ecologies, and she plans to design other coursework within feminist environmental humanities and science studies. She was nominated for th3 Distinguished Undergraduate Research Mentor Award in 2016. Thomas proposes to use the Ratner Award to develop field courses in London and Columbus that she hopes enhance professional training opportunities for students.