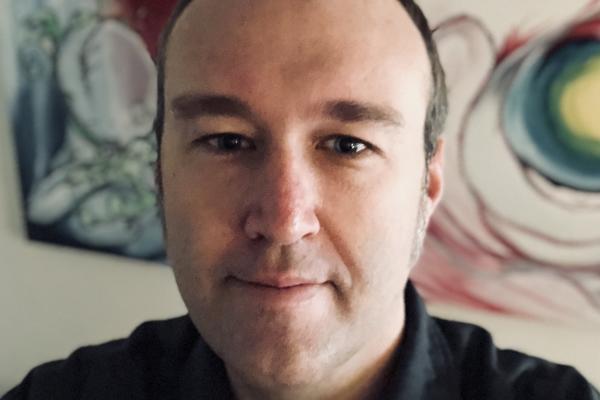 Ever wonder how the tiger from Life of Pi or the Hulk from The Incredible Hulk came to life? Odds are, alumnus Matt Derksen (BFA 2001, MFA 2003) had something to do with it.

Derksen has made his mark on the motion picture industry through his work at Rhythm & Hues, a visual effects and animation company, and has helped create a one-of-a-kind character rigging construction kit. In three-dimensional animation, rigging involves constructing a skeleton for a model so that it can be adjusted throughout the animation process.

The technology involved in Derksen’s software has proven to be advanced enough to earn his team an Academy Award in Technical Achievement, an honor awarded to those who have made great positive contributions to the process of making motion pictures. Derksen and his fellow awardees will be honored when the Academy of Motion Picture Arts and Sciences presents its annual Scientific and Technical Awards on Saturday, Feb. 10, in Beverly Hills.

“It’s pretty amazing,” Derksen said of the recognition. “I have been involved with the Academy over the years, but being from an arts background, I never thought I would be considered.”

Derksen isn’t the only alumnus from Ohio State’s Advanced Computing Center for the Arts and Design (ACCAD) to recently be recognized by the Academy for work in the motion picture industry. More than 15 alumni have worked on Academy Award-winning content, including Ian Butterfield (MFA 1999, art), who worked on Oscar-winning films Big Hero 6 and Zootopia, as well as nominee Moana; and Chris Wedge ​(master's in art education, 1985), who directed ​Epic ​and co-founded the studio that created the Ice Age ​series. Steve May (BA 1990, MA 1992, PhD 1998, computer and information science), Fran Kalal (BA 2005, MFA 2008, design), Beth Albright (MFA 2008, design), Kyoung Lee (MFA 2004, art) and Jenny Macy (BFA 2000, art) are all credited on the film Brave, which won for Best Animated Film in 2013.

Like many of his fellow alumni, Derksen began working intensely in animation as a graduate student at ACCAD, specifically focusing on character rigging. He first learned about 3D animation while studying for his undergraduate degree in art and technology. It was the first time that Derksen had access to a computer, and once that was paired with a 3D animation package, he was hooked. 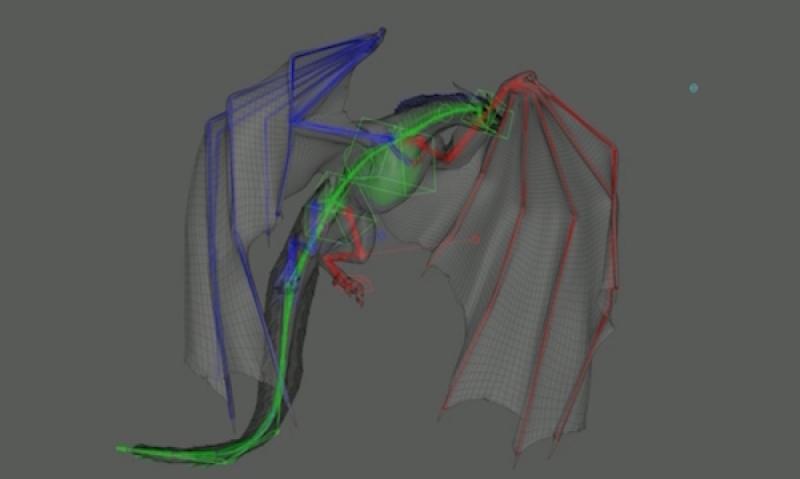 When he started at ACCAD, his work focused on creating short animated films, later concentrating on non-linear storylines involving obsessive compulsive disorders. However, Derksen found that character rigging was really where he hit his stride. Not only was he able to create his own designs, but he was also able to share his talents with his classmates and collaborate on their projects.

“ACCAD allowed me to work on other people’s projects for the first time,” Derksen said. “I would happily rig characters for students who were more interested in animating them. This was a huge help in eventually getting my current job.”

Rhythm & Hues visited Ohio State during Derksen’s final year in ACCAD and he was eager to get some professional feedback on his work. However, he got that and more when the company invited him out to Los Angeles for an interview and offered him a job on the spot. Derksen was elated to be offered a job doing what he loved, but stepping into the industry presented new challenges.

“When I got hired, creating character rigs for animation was a slow and inefficient process that created rigs that were inconsistent and hard to use,” Derksen said. “A few months after getting hired, we had a meeting where the owner of the company told everyone that the rigging department was the most expensive and could be costing us work. We immediately started thinking about this problem, and that is where the construction kit system started.”

Fifteen years later, Derksen has helped Rhythm & Hues develop a character rigging software that is incomparable to any other in the motion picture industry. It has been used to create stunning visual effects in a variety of productions, including Game of Thrones, The Hunger Games and Night at the Museum. Through everything he’s encountered in his career, Derksen is grateful to have the diverse and intensive education he received at Ohio State to fall back on.

“I think the most important part of going to ACCAD and Ohio State was the fact that I was able to have access to so many different kinds of courses and people,” Derksen said. “It made me a more mature and well-rounded person, so once I did get my dream job, I could excel.”

This @OhioState alum helped create an animation software that’s been used in Game of Thrones, The Hunger Games, Life of Pi and more. #ASCDaily