Arts and Sciences experts weigh in on Capitol siege 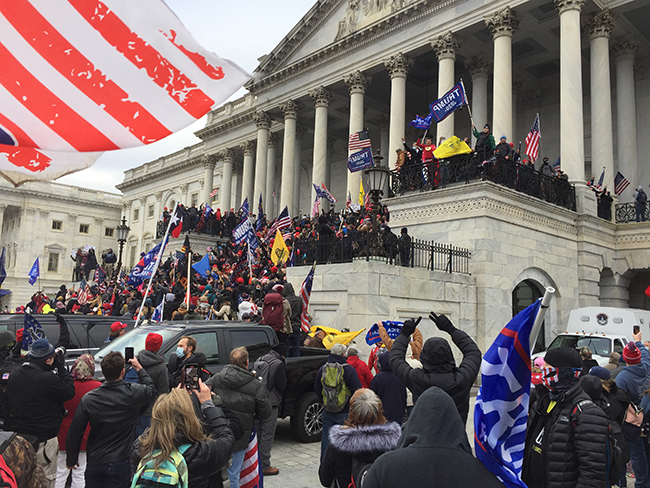 The attempted insurrection and violent siege of the U.S. Capitol building will go down as one of the darker moments of modern U.S. history. Scholars in the College of Arts and Sciences have lent their expertise to various media outlets to shed light on and provide more context around the insurgency at the Capitol.

WOSU | U.S. Capitol insurrection and what it means for the transition of power

Paul Beck, professor emeritus of political science, and Wendy Smooth, professor of political science and women’s, gender and sexuality studies, join WOSU’s All Sides with Ann Fisher to discuss the Capitol insurrection, what comes next in the waning days of Trump’s administration and the runup to President-elect Joe Biden’s inauguration.

The Nation | Political violence is no anomaly in American history

Throughout the United States’ history, the threat and reality of political violence has obstructed and suppressed Black agency and emancipation. Associate professor of history Hasan Jeffries sits down with The Nation’s podcast, System Check, to break down how the riot at the Capitol — in which five people died — was just another chapter in America’s long history of political violence.

After the riot at the U.S. Capitol, many lawmakers are calling for President Trump's removal from office. David Stebenne, a professor of history who specializes in modern American political and legal history, discusses the origins of means to remove a sitting president.

As images broadcast from the Capitol grew more terrifying, many children took them in alongside their parents. Experts like professor of psychology Sarah Schoppe-Sullivan say that when such traumatic events occur, it’s important for parents to be willing to help their children understand and comprehend what is happening.

Jacobin | We underestimate the far right at our own peril

While the country reels from the siege of the Capitol, the event will likely galvanize members of the far right even more. Benjamin McKean, an associate professor of political science, details for Jacobin Magazine why far right groups shouldn’t be underestimated in the aftermath of the insurrection.

The spread of conspiracy theories played a major part in the riots at the Capitol. Paul Beck, professor emeritus of political science, discusses Trump's role in promoting conspiracies and how to keep fraudulent ideas from influencing leaders and citizens in the first place.

Statement from the Arts and Sciences dean

Executive Dean and Vice Provost Gretchen Ritter sent a message to Arts and Sciences students, faculty and staff in response to events in our nation's capital. 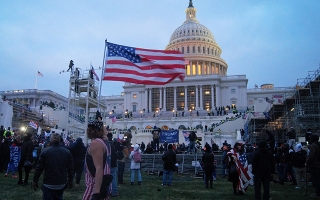