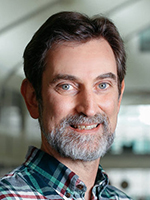 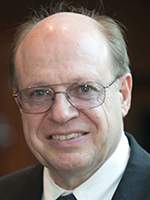 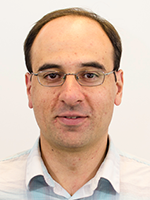 Three College of Arts and Sciences researchers are key members of a new, $3.7 million, multi-institution effort to develop software that can create more accurate models of scientific phenomena, such as what happened immediately after the Big Bang or how long a radioactive nucleus will live before it decays.

The project is focused on creating better predictive models of scientific phenomena nuclear physicists seek to understand. Because current models can yield different forecasts, scientists hope the project improves what they call the “Uncertainty Quantification” for a range of nuclear processes.

“BAND‘s predictions for those processes will be expressed in terms of the percent probability of different results occurring — somewhat like the weather forecasts that give the probability of rain,” Furnstahl said. “A key statistical innovation to be researched at Ohio State is how to effectively combine multiple nuclear physics models,” Pratola said. “The goal is to capture this physics knowledge in a Bayesian model-mixing approach, leading to more accurate predictions and a better interpretation of the physics phenomena that are present in a given study, all while quantifying various sources of uncertainty.”

To optimize U.S. investment, one of BAND’s outputs will be tools for planning nuclear physics experiments, such as particle collisions studied by Ohio State scientists.

“Energetic collisions between atomic nuclei produce quark-gluon plasma, a liquid form of nuclear matter that exists only at extreme densities and temperatures,” Heinz said. “The grant will allow us to demonstrate the flexibility and wide-ranging applicability of the Bayesian analysis tools developed by the BAND Collaboration by determining the properties of quark-gluon-plasma with fully quantified uncertainties.”

The five-year grant from the National Science Foundation’s Cyberinfrastructure for Sustained Scientific Innovation will support regular software releases, with functionality growing annually. In addition, the award will fund workshops that allow BAND members and colleagues to train other scientists on how to use the computational tools.

The universities have been developing the concept for BAND since a 2016 think-tank about how nuclear physicists can incorporate Bayesian analysis in their work. Bayesian models are used commonly in astrophysics and other mathematical and scientific fields.