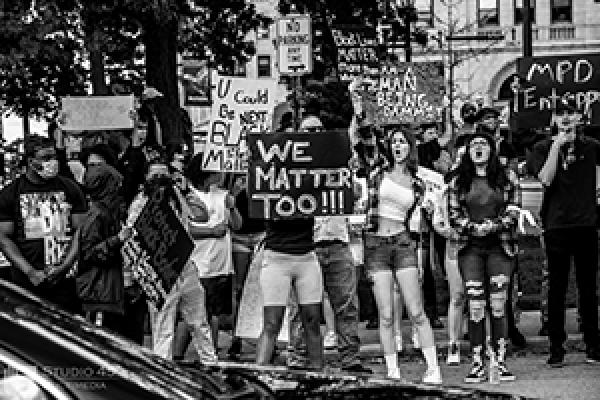 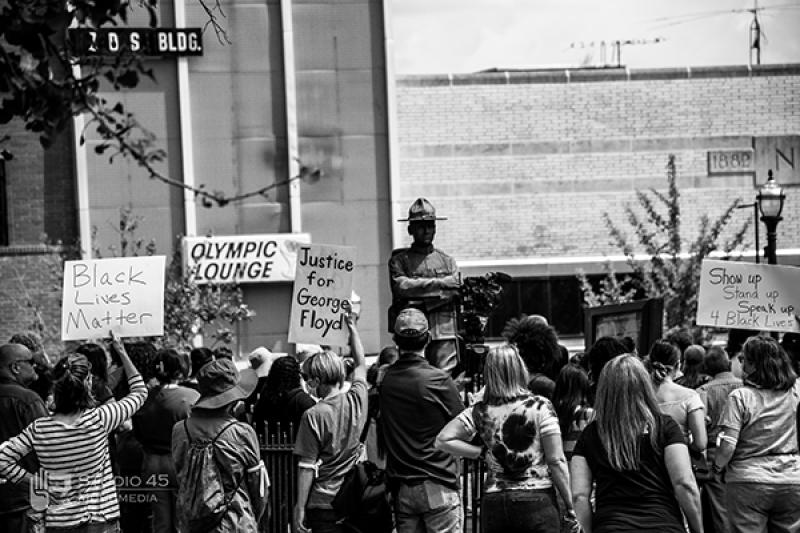 People take part in a Black Lives Matter protest in Mansfield in May 2020. All photos courtesy Braxton Daniels III.

Whether he’s selling custom carved wood plates to pay for his high school lunches or expressing himself through photography, Daniels always feels more comfortable working on something creative.

“Art was just, to me it was crazy because there is no right or wrong answer,” Daniels said. “The curriculum, we can get the same prompt but we’ll get a different answer. That’s what I liked about it.”

Lately, Daniels’ creativity has come out in his photography.

A communication major on the Mansfield campus, Daniels found a way to get involved in the May 2020 Black Lives Matter protests despite describing himself as a homebody. When the opportunity arose to capture the protests surrounding the police killings of Black people, Daniels knew he had to be there.

So, he went to downtown Mansfield to document the scene and was struck by how similar the protests were to 1960s Civil Rights-era protests. Photographing the protest in black and white made the comparison even more stark.

“I can literally put some of these pictures side-by-side [with 1960s photos] and they look no different,” Daniels said.

In February, with the help of Ohio State Mansfield professors, Daniels showcased his photos from the Mansfield protests as part of a virtual gallery, “Black Lives Still Matter.” During the event, he compared his photography to that of the 1960s while taking questions from participants. He sees his photos eventually being used as a sort of time capsule to look in the past, and he hopes photos like these never need to be taken again.

“We’re going to look back at this at some point and be like, ‘Damn, that’s how [expletive] was back in the day, back in 2020,’” Daniels said. “I don’t want us to relive this topic again. I want this to be a thing of the past. I don’t want there to be other protests after someone is wrongfully killed. I don’t want a memorial or a mother crying. … I want to show my children and my children’s children: this is how [expletive] was. Don’t revisit this.”

Below, Daniels describes six of his photos from the Black Lives Matter protests. These photos are just a sampling of his larger gallery. 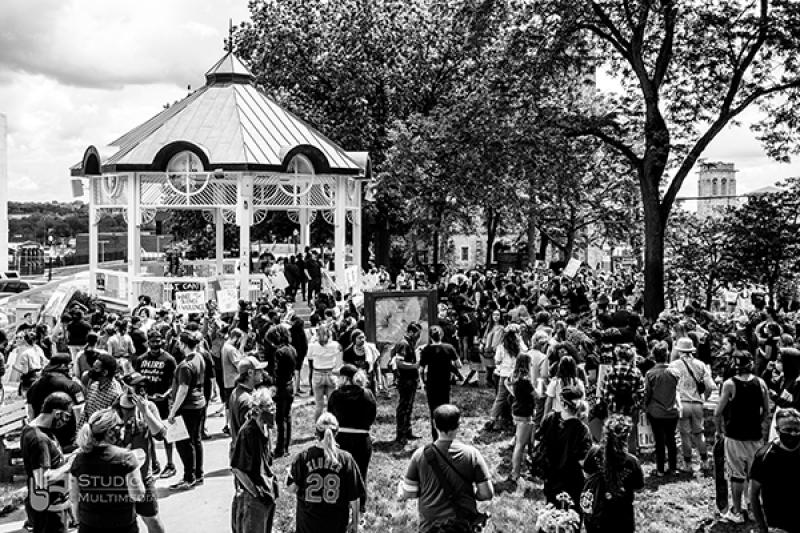 Daniels: I really wanted to show the diversity of all the people who were coming out. Yeah, it’s a Black Lives Matter protest, but it’s not just Black people who are upset. It’s not just Black people trying to raise awareness. Everyone’s upset. Everyone knows this is wrong. That’s what I wanted people to know: Look at the support that this movement is getting. Look at all the different races. It’s a Black issue, police brutality and Black people being killed, but everyone knows that this isn’t right. You see the support from people who came out in the middle of a pandemic. They threw on their masks and they went and they stood side-by-side, made all these posters, made these protest signs. That was a form of art in itself. Mansfield’s a small town, and to see all these people coming out was great.” 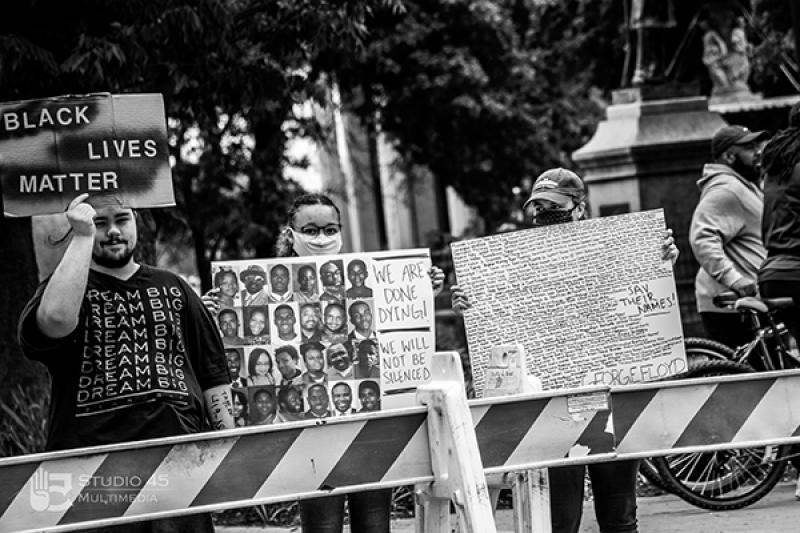 Daniels: “I zoom in while I’m editing these and I’m like, ‘Holy [expletive].’ That really took time. Someone has been paying attention. I look at this and think, ‘That’s dedication.’ That girl put in that time, she put all those names down. She’s been following what’s going on. It’s just alarming how many names are on there. It’s wild. To see that, I had to capture it.” 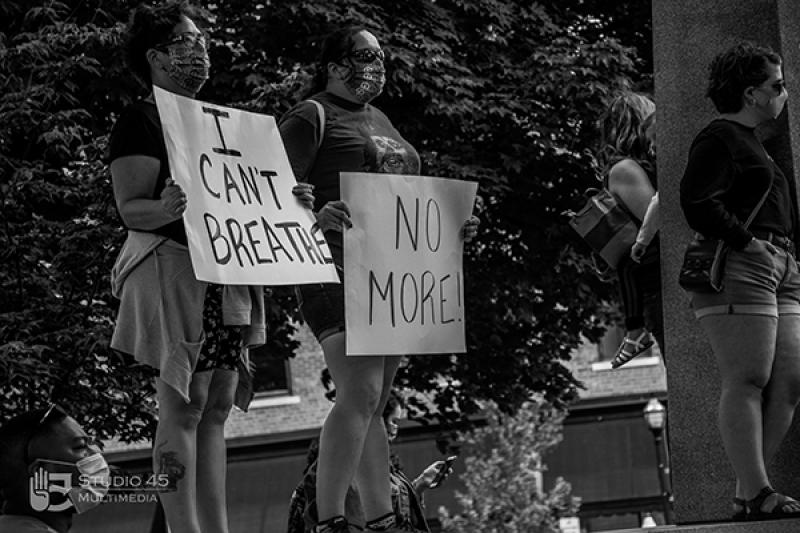 Daniels: “It doesn’t take much — a couple simple words can mean a lot. They convey that. Even the people without signs, just by the body language and the upset and the emotion they’re giving off, that’s a form of expression. I express myself and how I feel through art; some of them voice their opinion through screaming and shouting. I’m not a vocal person. I don’t speak at all if I can help it. So it’s just dedication that people put in, all of this work. It’s incredible.” 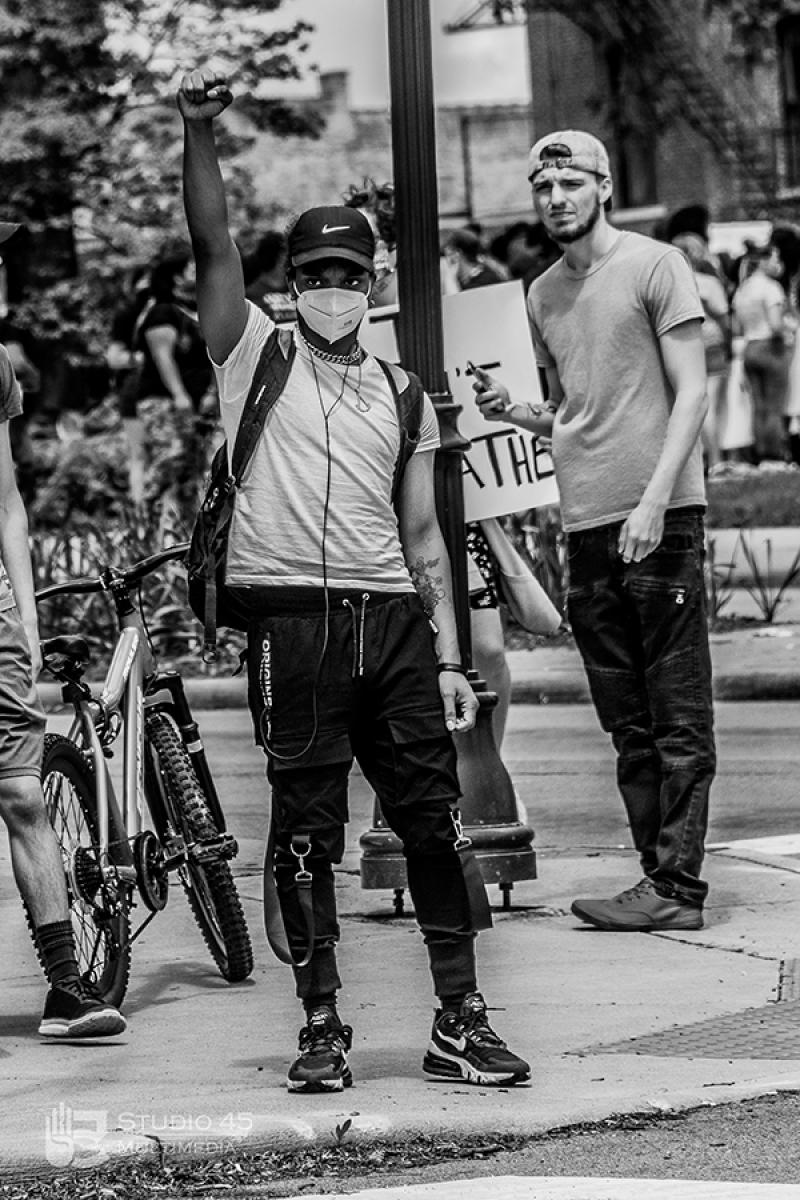 Daniels: “That’s just iconic, and one of the most powerful pictures I’ve ever taken. The reason I say that is that I always say with my work, ‘Simplicity is key.’ But that symbol, that stance, everything that kid did in that photo has been an icon throughout modern American Black history. That fist, that power right there, that’s what they [American sprinters Tommie Smith and John Carlos] did during the [1968] Olympics. That was their symbol. … I wanted to print this photo as a two-foot-by-three-foot poster.” 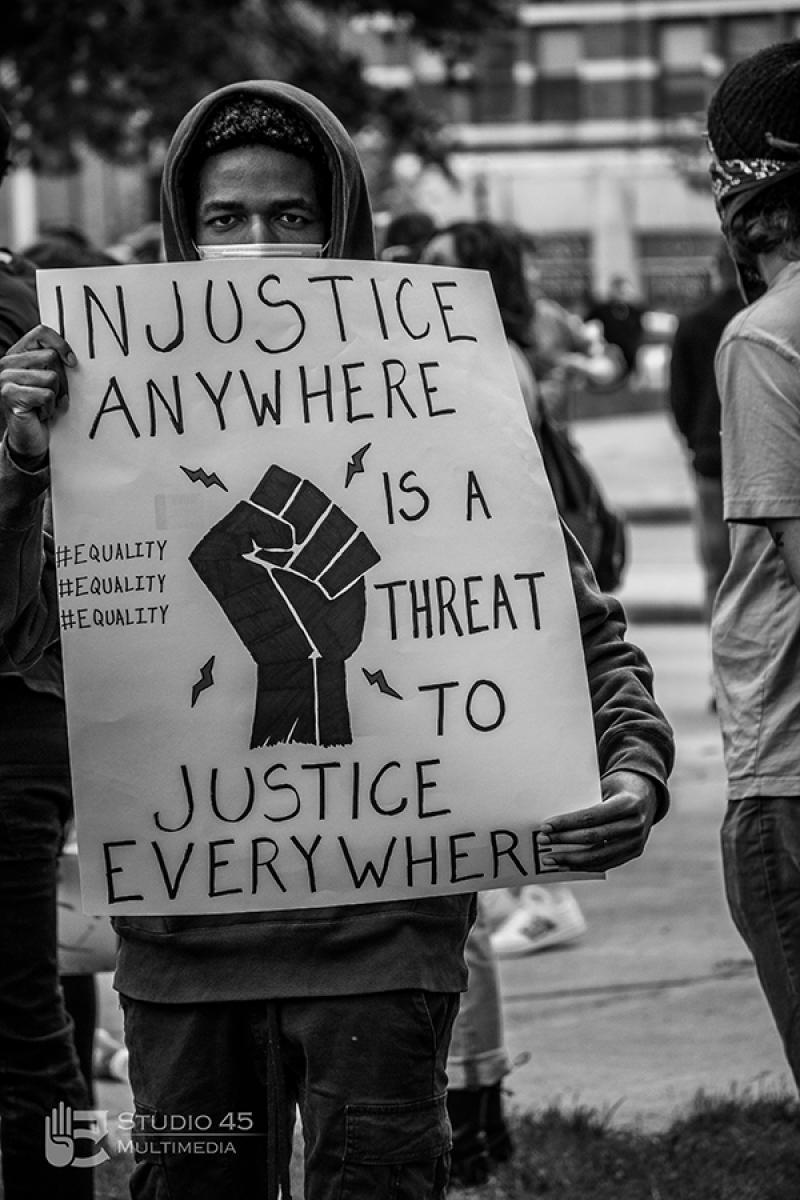 Daniels: “I think people find me. When I take some of these, I shoot so fast, I shoot so quick. When you’re doing events and crowds, it’s point-and-shoot. He got me. I can’t do anything out there. I don’t turn people’s heads to look at me. They’re marching and shouting. I have to go on the fly, and in this one, we connected.” 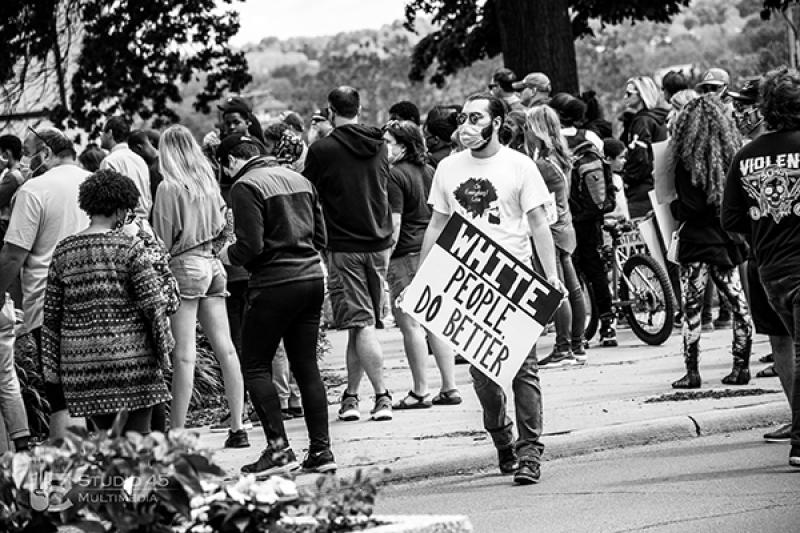 Daniels: “[Non-Black people] see a problem, they see an issue. Black people aren’t the only ones who see that this is a problem. It’s a world thing. It’s a global thing. We’re standing up for people. … And it doesn’t even have to be about Black lives. Right now, the trend is around #StopAsianHate. It’s another group we need to focus on. They’re a part of us, too. We need to treat them like everyone else. It’s going to take more than just Black people or just Asian people to stop that. … It’s a warm feeling when you see friends and people in your community, coworkers. To see they support the movement that pertains to your race, it means a lot more.”