Several summers ago, Rick Harrison, a director of development with the College of Arts and Sciences, met with physics alumnus Paul Weller '35 at his home on Dutch Island, Isle of Hope, a gated community just outside Savannah, Georgia. This turned out to be a most memorable visit. 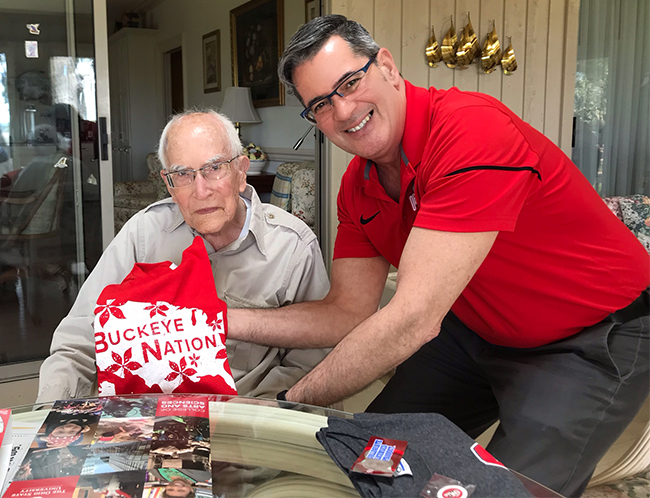 “His son Ronald P. Weller (in his 70s) answered the door, and Paul came zooming down the hallway in his mechanized chair with a huge smile on his face,” Harrison recalled. “We sat down for appetizers on his enclosed back porch overlooking the Herb River and Paul’s boat dock where he told me his story.”

He grew up in Cuyahoga Falls, Ohio, where his father started a funeral business, and attended Western Reserve Academy, a private, midsized college preparatory school founded in 1826 in Hudson, Ohio. Its college section is now Case Western Reserve University.

Although his parents were not college graduates, they insisted he go, sending him to Vermont’s Middlebury College. Then, the Great Depression took its toll; private school was not an option, so Weller began his sophomore year at Ohio State. He’d always done well in chemistry and physics, so decided to study physics and take mechanical engineering classes.

“When I showed him today’s physics-degree programs, he was excited to see a BS in Engineering Physics, wishing it were available in his day,” Harrison said.

Tuition of $24.75 per quarter was a burden for many in those years. Weller, a member of Kappa Delta Rho (no longer on campus) became house manager because he needed the money. The stadium was just 10 years old — but Weller could not often afford to attend the games.

He met his late wife Mary Mosteller (social work, 1935) walking home one day. She just happened to be the sorority girl two doors away.

There was no career planning office, and even his professors weren’t sure what to recommend he do with physics other than teach.

Not surprisingly, he floundered a little after graduation, and took a job with a trade association for morticians, traveling across the country visiting funeral homes.

He went back to Ohio State and got an MBA in 1938 before working at Goodyear Tire & Rubber on aircraft engine mounts, necessary work that kept him out of World War II, followed by various sales and market-research jobs across the country.

Weller moved to Savannah in 1962 and became sales manager for Southern Nitrogen Company (later Kaiser Agricultural Chemical). He retired in 1978 and started his own company, designing metal flanges used in the connection of steel culvert pipe.

“Over the course of a two-hour visit, Paul served me a home-cooked meal — crab cakes, salad, veggies, southern biscuits and cherry pie — and regaled me with stories of Savannah’s history," Harrison said. “He loved the pictures of Ohio State I brought him, especially his early ‘30s fraternity photos I found in the Makio."

Weller still keeps busy: church activities, tinkering in his workshop, boating and fishing. After Harrison’s visit, Weller had his knee replaced and graduated to a walker. He also just had his driver's license renewed for five years. This is a man you cannot keep down. 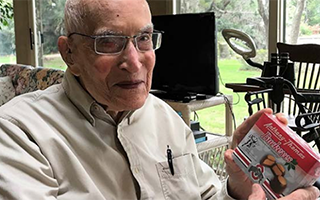