On April 7, The Ohio State University Board of Trustees established the endowed faculty position, The Carter V. Findley Professorship in Ottoman and Turkish History. This endowed professorship will support the study of Ottoman and modern Turkish history, a field taught and studied at Ohio State since the 1930s, and will enhance the national and international competitiveness and distinction of the university in this field.

This professorship is complemented by the Carter V. Findley Fellowship for the Study of Ottoman and Turkish History. Both funds carry the name of Humanities Distinguished Professor Emeritus in the Department of History Carter B. Findley, recognizing both his academic contributions to the field and his many years of international fundraising efforts on behalf of the program in the Department of History.

Findley's area of research is the history of Islamic civilization, with emphasis on the Ottoman Empire and the modern Middle East.

“I started working on fundraising for Ottoman and Turkish studies in 1994 to make this field of study a permanent organizational part of Ohio State," Findley said.

The new professorship completes a set of three funds devoted to the support of Ottoman and Turkish history at Ohio State:

“The significance of these funds for me is that it crowns a program development effort that began almost before I walked in the door at Ohio State,” Findley added. “I got Ohio State to put up some money to buy Ottoman texts. I was going to spend the summer of 1971 in Turkey, and I bought the books with Ohio State money. Then I paid for the wrapping materials, string and stamps to mail them, to make the Ohio State money go further.”  He also advocated for a faculty position in Turkish language, which was created in 1979. The position, now held by Professor Jane Hathaway, was added to the faculty in 1992.

He explained that these three endowments give Ohio State something that probably no other university has: dedicated endowment support for Ottoman and Turkish history of three different kinds — summer research support, academic year fellowship support and an endowed faculty position. 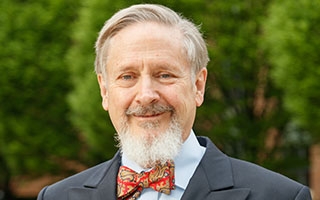