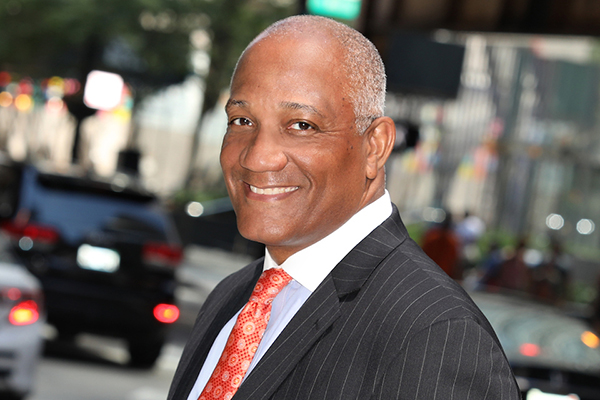 Marquis Miller ‘81 grew up in a household with high expectations. He came from three generations of college students: His great-grandmother went to what is now West Virginia State University (WVSU), his grandfather went to Livingstone College and his parents went to WVSU.

“I had such a legacy and the lineage to live up to that even with some of the challenges that confronted me — some of my own doing — I didn't have a choice. I had to succeed,” Miller said. “That's all of the incentive I needed to continue to drive and drive.”

Now, as the first chief diversity officer for the city of Chicago, Miller wants to open doors for minorities and other underrepresented communities, too.

His entrance into diversity and inclusion wasn’t “by design,” he said. Instead, after he graduated from Ohio State with a degree in social and behavioral sciences, he went to work for a savings and loan company and then for a furniture company.

It's a great feeling to help people start to see themselves as the true and authentic people that they really are and help them to realize that they have something of value to contribute to the world.”

In his jobs, he was often one of a handful of people, if not the only person, from a non-white background, and he found himself advocating for increasing access and opportunities for African Americans and other minorities. Then, he came to work for Ohio State in a development capacity.

“I was one of a handful of African American leaders fundraising for the university,” Miller said. “This led me to being more active with opportunities to recruit African-Americans to get involved in the university.”

The position launched a career for him in fundraising and business development. He eventually became vice president of the Midwest region for the United Negro College Fund, which took him to Chicago and set him on the path to his current job with the city. 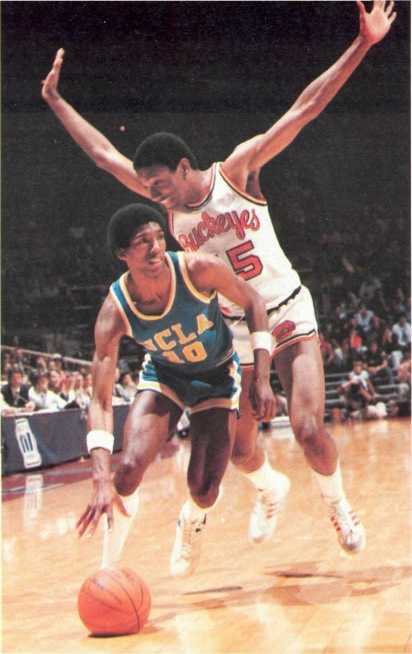 Marquis Miller, pictured in his Buckeyes jersey to the right, graduated from St. Charles Preparatory School as one of the most celebrated basketball players in the school’s history.

“Working with diverse business owners gave me some unique perspectives about strategic sourcing, about recruiting and about how to remove or at least ameliorate the barriers that prevent minorities — African Americans, Hispanic and Latinos and Asians in particular — from navigating and negotiating opportunities where historically there had been obstacles,” Miller said.

Now, he’s leading the development and implementation of Chicago’s diversity and inclusion plan, part of which includes building networks and affinity groups among city offices to create a stronger culture of belonging and employee support.

Miller understands the power of such support systems, both through his family and also through the mentors and role models he worked with at Ohio State. He said Jim and Barbie Tootle, who together held various academic and administrative positions at Ohio State, counseled him to take a deep and broad view of his academics, motivating him to create his own major that helped him develop his public speaking while gaining a better understanding of human behavior.

On top of his regular coursework, Miller was also recruited to play basketball and became a student-athlete. He said Larry Romanoff and others in the Department of Athletics pushed him to continue growing and to take advantage of all the academic resources and services at his disposal.

Together, this environment helped Miller work through challenges he encountered while a student, like when he became a teen parent.

“My daughter was born when I was 19 years old, and she was born with some health challenges, so you need to grow up really fast or you wither,” Miller said. “Ohio State was so supportive, and I certainly chalk up a lot of whatever I consider to be success to my Ohio State experience.” 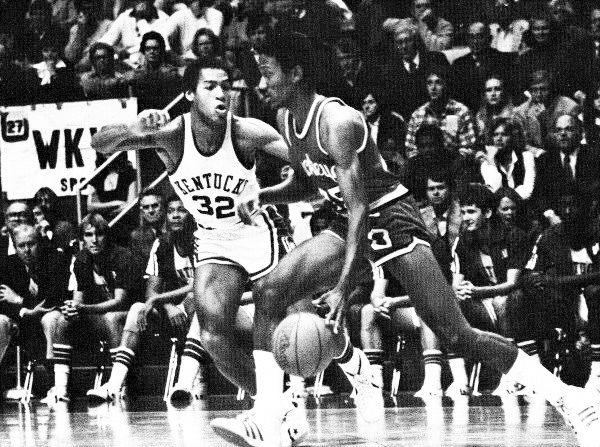 Miller, pictured above playing against Kentucky's basketball team, became a father while in college. His daughter, Janae Miller, now works with the Harmony Project in Columbus as a blind adult.

The mentorship Miller received as an undergraduate inspired his work once he came back to the university as an employee, enabling him to also counsel other students to make the most of their time at Ohio State.

Now, he says he feels a sense of obligation to give back to people and pay forward the help he received throughout his education and career.

“It's a great feeling to help people start to see themselves as the true and authentic people that they really are and help them to realize that they have something of value to contribute to the world,” Miller said. 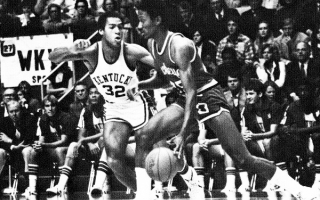