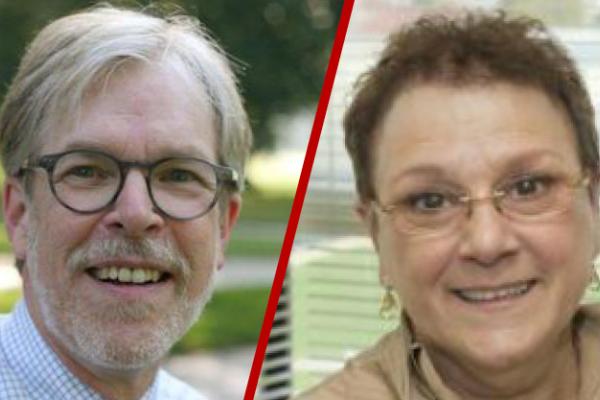 The American Academy of Arts and Sciences announced the election of its new members for 2020, which include two faculty members from the College of Arts and Sciences: Clark Larsen, Distinguished University Professor in the Department of Anthropology, and Anita Hopper, Distinguished University Scholar and professor in the Department of Molecular Genetics.

“The members of the class of 2020 have excelled in laboratories and lecture halls, they have amazed on concert stages and in surgical suites, and they have led in board rooms and courtrooms,” said David W. Oxtoby, president of the American Academy of Arts and Sciences. “These new members are united by a place in history and by an opportunity to shape the future through the academy’s work to advance the public good.”

Larsen is a biological anthropologist whose research focuses on the history of the human condition viewed from the perspective of health, quality of life, adaptation and lifestyle over the last 10,000 years of human evolution. His research and subsequent article based on his study of the ancient city, Çatalhöyük, recently received the 2019 Cozzarelli Prize from the journal Proceedings of the National Academy of Sciences (PNAS). He is a member of the National Academy of Sciences and fellow of the American Association for the Advancement of Science.

Hopper’s research focuses on utilizing yeast (S. cerevisiae) as a model to study the intracellular distribution of RNA and proteins between nucleus and cytoplasm, which is expected to shed light on fundamental cellular processes that affect many aspects of human health. She is a fellow of the American Academy of Microbiology and the American Association for the Advancement of Science, and she served as chair of the Department of Molecular Genetics from 2006 to 2014.

Larsen and Hopper are joined by 274 other artists, scholars and scientists inducted this year into the American Academy of Arts and Sciences. Other notable additions include singer, songwriter and activist Joan C. Baez, University of Washington President Ana Mari Cauce, lawyer and former Attorney General Eric Holder Jr. and independent filmmaker Richard Linklater.

Larsen and Hopper will be inducted, along with the rest of this year's class, at a ceremony in October in Cambridge, Massachusetts, and join the academy members who came before them, including Benjamin Franklin, Alexander Hamilton, Charles Darwin, Albert Einstein, Robert Frost, Martin Luther King, Jr., Antonin Scalia, Toni Morrison and Michael Bloomberg.