"On the Front Lines" brings Afghan women to center stage

Nushin Arbabzadah may have been born in Kabul, Afghanistan, but her family’s roots are in Herat, a city on the western edge of the country near the Iranian border. Herat, she says, is truly where her affinity for language and art originated; the city has a long history of creating female Afghan artists and writers.

Arbabzadah's story is one of many that will be featured in "On the Front Lines: Performing Afghanistan," a Department of Theatre series running throughout the semester that will include film screenings, lectures and performances.

For Arts and Humanities Distinguished Professor Lesley Ferris, who is organizing "On the Front Lines," the series is a way to finally bring her work developing plays and exploring stories of Afghan women to Ohio State. She’s retiring in December.

“I feel very lucky to be able to share a major part of my research of the last several years with my department, our students and the community at large in my last semester before I retire,” Ferris said. 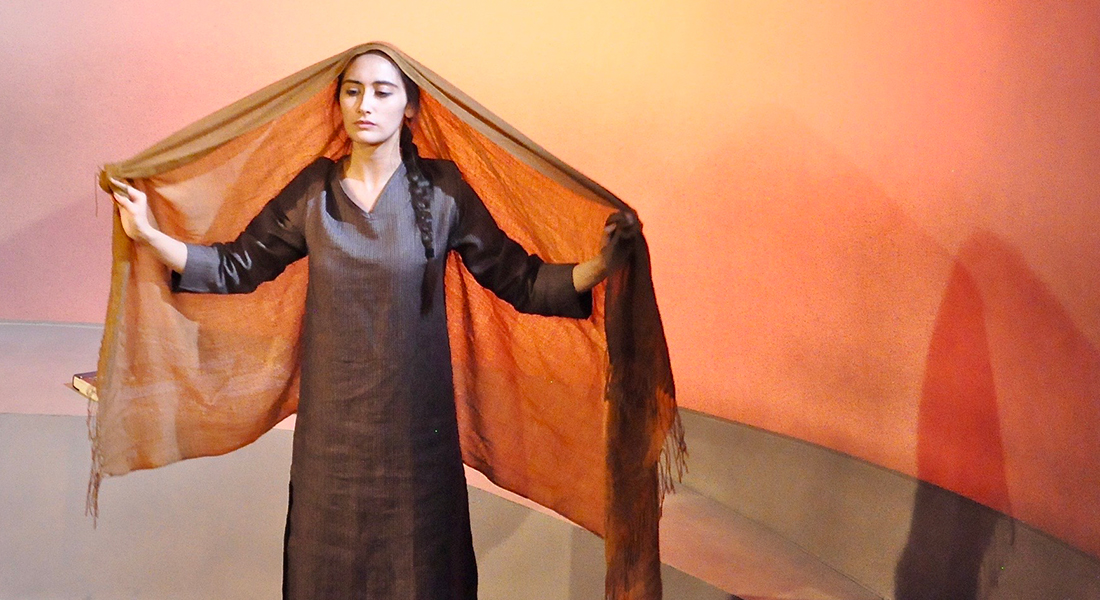 Behind the Blast Wall, by Sonali Bhattacharyya, is one of the plays Ferris has commissioned as part of Sahar Speaks. Photo courtesy Palindrome Productions.

Part of the series includes "Sahar Speaks: Voices of Women from Afghanistan." One of Ferris’ daughters founded Sahar Speaks to train and support female Afghan journalists, and the project grew to include commissions for plays inspired by stories of Afghan women. The upcoming event at Ohio State will showcase a staging of two plays offering rare and revealing looks into Afghan women’s lives. One is "Parwana: They Bear All the Pain" by Alia Bano and the other is Arbabzadah’s "Dust Allergy," her second play.

Arbabzadah has always been interested in the stories that many Afghan people have of escape and survival stemming from the country’s 40 years of turmoil. After growing up in Afghanistan under Soviet occupation, Arbabzadah and her own family fled to Germany, where she attended high school.

Currently a lecturer in communication studies at the University of California Los Angeles, Arbabzadah is a writer, analyst and translator. She authored the book From Outside In: Refugees and British Society; edited the anthology No Ordinary Life: Being Young in the Worlds of Islam; and explored culture, media, religion and politics in Muslim-majority countries for various news outlets and organziations.

“I listened to the stories of Afghan women who returned (to Afghanistan) after spending more than a decade in the West and what would happen to them, and I myself went back in 2011, and I realized that I had changed so much,” Arbabzadah said. 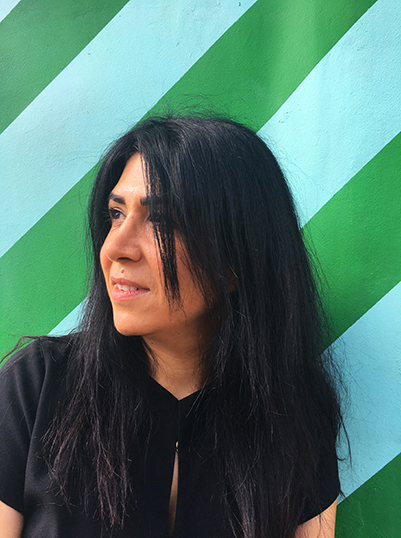 She says living in the West and adopting certain values central to the region’s ideology — ideas like individualism —  created a conflict with the more community-oriented values in Afghanistan that forced her to think about how to balance both.

When she started exploring theatre, these challenges became themes in her writing, though she resolves similar conflicts in contrasting ways between her two plays.

“You can actually show complexity in a much more effective way through art,” Arbabzadah said. “It really helps the viewer understand what the character goes through from the inside, even if they have never heard of the places or understand the complexities of the culture. … It allows for sympathy and gives them a much more sophisticated understanding."

Along with the "Sahar Speaks" portion of the series, "On the Front Lines" will also include lectures about the history of contemporary Afghan theatre, the journeys of Afghan refugees, the military use of Afghans in staged training camps and a series of new plays documenting Britain’s relationship with Afghanistan. It will also screen "A Thousand Girls Like Me," a documentary by Sahra Mani about one woman’s battle against cultural, familial and legal pressures as she seeks justice for the sexual abuse she suffered from her father.

I listened to the stories of Afghan women who returned (to Afghanistan) after spending more than a decade in the West and what would happen to them, and I myself went back in 2011, and I realized that I had changed so much."

Ferris says focusing on women’s stories when talking about Afghanistan provides more complex insights into the impact that both historic and current events have on people’s lives. Using theatre to explore these stories provides an opportunity for the audience to develop even more profound and nuanced ideas about these topics.

“Embodied performance gives a whole other level of understanding. ... You're in the room, you as an audience member are in the same space with other bodies who are telling these stories,” Ferris said. “And I just think that has a certain in the moment power that you don't get elsewhere.”

Read more about "On the Front Lines." These events are sponsored by a Global Arts and Humanities Discovery Theme Creation Grant along with the Department of History, the Department of Near Eastern Languages and Cultures, the Middle East Studies Center, the Wexner Center for the Arts, the Middle Eastern and Islamic Studies Service and the Lawrence and Lee Theatre Institute at the University Library. 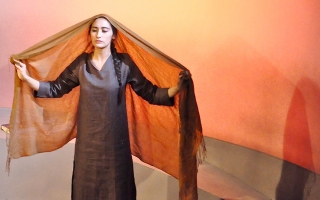