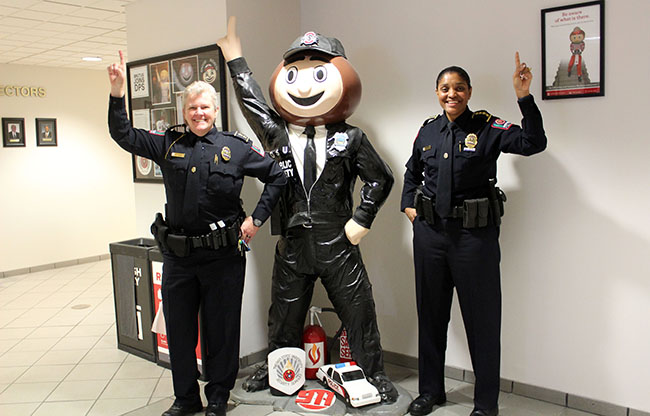 "Throughout my career, I’d go to a training or I’d go to a meeting and I’d be the only female [officer] in the room," Hahn said. "Early on in policing, it’s always 'OK the female officer is showing up on the call, let’s see how she handles it.' Everyone is watching you ...  you always have to prove yourself above and beyond."

Neither she nor Spears-McNatt are strangers to Ohio State — both are alumni of the Department of Sociology who began their careers on campus in the 1990s.

Spears-McNatt has been with OSUPD for nearly 25 years, and served as interim police chief for the past six months following the departure of former chief Craig Stone. Hahn served OSUPD for three years before a long tenure with the Upper Arlington Police Division, of which she was named the first female police chief in 2016. She recently retired from the position before assuming her new role with the OSUPD.

But their connection to Ohio State didn't begin on the force — it started in the classroom. Spears-McNatt and Hahn both received their degrees in criminal justice (now criminology and criminal justice studies).

Police officers interact with people from widely different backgrounds, and Spears-McNatt and Hahn said their sociology-based education surrounding problem solving, de-escalation and psychology laid the foundation for their career and is something they continually draw on.

"On TV, everything is action and the excitement part of it," Hahn said. "But most of our job is talking to people and helping them through their problems."

Policing one of the largest university campuses in the U.S. comes with no shortage of issues to address, and Spears-McNatt said she wants her 56 officers to be as equipped as possible to interact with Ohio State's diverse community.

"Ohio State is a diverse university population," she said. "It's important the agency that I lead is just as diverse as the population that we serve." 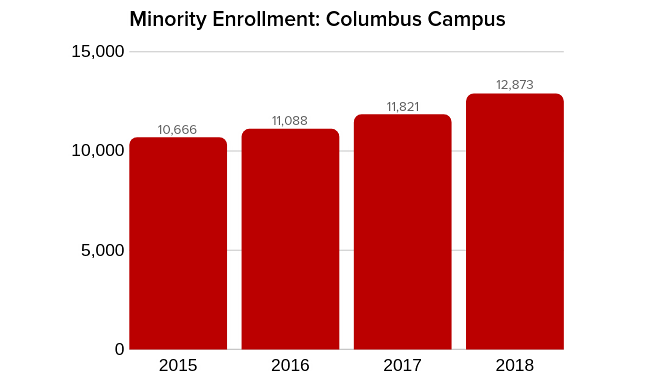 “Regardless of religion, gender identity, background — wherever you come from — those are the things that make Ohio State great,” Spears-McNatt said. “You have a different perspective, you have a different view and it’s OK to express it and be comfortable with that and be able to share it here.”

Of equal importance to Spears-McNatt is that OSUPD officers don't just show up when something is going wrong.

"I want to make sure that our officers are out engaging the community ... that students are comfortable when they see us and they don’t just shut down when they see the uniform,” she said.

And though it's likely her last stop in an impressive police career, Hahn is looking forward to returning to her Buckeye roots — which she will really be immersed in as the new commanding officer on football Saturdays.

"When we have an extra 100,000 people on campus, it gets pretty interesting," said Hahn, laughing. "So that will be one of the big challenges and I think an exciting part of it for me."

All in all, they may be making history (and headlines), but "first and foremost, we're police officers," Hahn said.

"There are a lot of women who paved the way for us, especially starting with Norma Walker, who was the first female police officer with the police division," Spears-McNatt said. "We are definitely qualified, have the credentials, and confident that we can do the job." 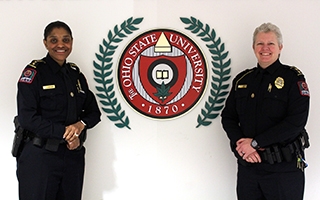