Each year, the College of Arts and Sciences Honoring Excellence ceremony recognizes a distinguished few of our more than 210,000 living alumni. Their accomplishments are tangible evidence of the lasting value of an Arts and Sciences education. These contributions to their fields, communities, country, college and university make a lasting difference — locally and globally.

The ceremony features the following honors:

This year, the college has reimagined the event as a series of conversations in a virtual setting. Webinars with the recipients — who are being recognized for their outstanding achievements and service — will be held May 6 and May 20.

Learn more about the recipients below and sign up to listen to our winners in conversation with Executive Dean and Vice Provost Gretchen Ritter here: 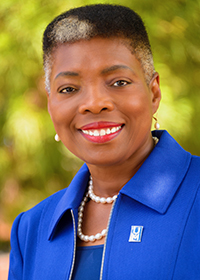 Rosie Phillips Davis (MA, education, '73; PhD, psychology, '77), PhD, ABPP, professor of counseling psychology at the University of Memphis, earned her doctorate from Ohio State. The president of the American Psychological Association (APA) in 2019, she served on the APA Finance Committee, APA Board of Directors and the American Psychological Foundation Board. She has also been the president of the Society of Counseling Psychology.

Davis served on several editorial boards, including currently on the Journal of Career Assessment. She has authored numerous articles and book chapters and co-edited two books. Her awards include the Janet E. Helms Award for Mentoring and Scholarship, being named Elder by the National Multicultural Conference and Summit (of which she is co-founder) and the APA’s Award for Distinguished Professional Contributions to Institutional Practice.

Two funds at the University of Memphis are named in her honor: the Rosie Phillips Bingham Book Scholarship and the Dr. Rosie Phillips Bingham Emergency Student Fund. Davis currently serves on the Board of Trustees of LeMoyne-Owen College, a Historically Black College in Memphis, Tennessee. She is the daughter of Savanah and Jake Phillips, a former sanitation worker who participated in the 1968 Memphis sanitation strike. She is married to John Davis and is mother to Akil “Apollo” Davis, an adjunct professor and entertainer living in New York. 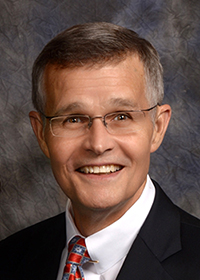 Dean Gibson (BA, sociology, '74) is a retired partner of Aon Hewitt, a global human resources, actuarial, benefits and risk management consulting firm. An active member of the Ohio State community, he created, chaired and is immediate past chair of the Sociology Advisory Board, whose members serve the department chair with advice, philanthropic and mentorship support for students, and opportunities to advance the long-term vision and goals of the department.

Gibson serves as a mentor in the College of Arts and Sciences Match Mentor Program as well as the new Sociology Mentorship Program, which serves to guide students in their professional and career development success. Gibson also serves as a mentor in the Ohio State Young Alumni Academy, a professional and personal development program for early-career Ohio State alumni to help participants succeed in their career and life journeys.

Gibson and his wife Susan support the Department of Psychology's Center for Cognitive and Behavioral Brain Imaging, creating a fund in 2010 to provide scholarships for outstanding graduate and undergraduate students and researchers engaged in state-of-the-art, interdisciplinary neuroscience research while seeking solutions to some of the most serious and complex brain disorders. Gibson served two three-year terms on the Ohio State National Alumni Advisory Council as liaison to the College of Arts and Sciences and social and behavioral sciences division.

Gibson also serves on the Board of Watoto Read, a nonprofit that advocates and provides resources for the education of Sub-Saharan African refugee children. 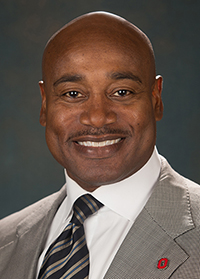 As CEO of Keith B. Key (KBK) Enterprises, Keith Key (BS, economics, '89) brings a host of banking disciplines and entrepreneurial skills to the operations and financial management of the company and all related entities. He has been involved with over $1 billion of real-estate development across the country inclusive of residential, commercial and religious-oriented projects. A native of Pittsburgh, Key relocated to Columbus to attend Ohio State as a student-athlete.

Though his athletic career was unfortunately cut short, he channeled his leadership qualities from the field to become engaged in student life, where he served as president of several student organizations and received a bachelor of science in economics. Key used the skills he developed from his experiences in college and his tenure in the banking and finance industries to build a successful real estate development company. He is committed to shaping the future generations of entrepreneurs through his philanthropic efforts at Ohio State. Most notably, Keith donated $1 million to support the Office of Student Life and the Keith B. Key Center for Student Leadership and Service. 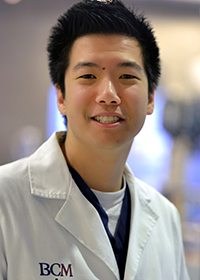 Michael Jaung (BA, international studies, BS, microbiology, 2008) is an assistant professor at the Henry J.N. Taub Department of Emergency Medicine at Baylor College of Medicine. As an emergency physician, Jaung works to improve emergency medical care in the United States and abroad. During his time at Ohio State, he studied microbiology and international studies and completed an undergraduate thesis while working as a research assistant at Nationwide Children’s Hospital Center for Injury Research and Policy. Jaung attended Harvard Medical School, trained in emergency and tropical medicine at Baylor College of Medicine and completed a master’s degree in global health policy from the London School of Hygiene and Tropical Medicine.

Focusing on global emergency care development in post-conflict and post-disaster settings, Jaung has worked with organizations including Médecins Sans Frontières/Doctors without Borders in Sierra Leone where he served as an emergency physician at a new rural hospital project for children. He currently works on medical education and research projects in Houston, Texas, Belize and Liberia, and he has presented over 40 lectures around the world on topics including emergency and critical care, point-of-care ultrasound and humanitarian relief.

Since the onset of the COVID-19 pandemic, Jaung has been a frontline doctor and helped manage projects in the U.S., Brazil, Lebanon and Peru. Jaung plans to continue missions with humanitarian organizations while alternating time dedicated to clinical and academic work at Baylor College of Medicine. 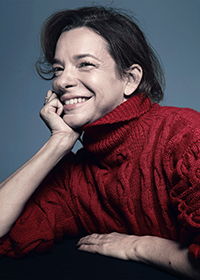 Her 2017 dance “New Work for Goldberg Variations” created for her company in collaboration with pianist Simone Dinnerstein, was called a “rare achievement” by The New York Times. Her 2018 creation, “Four Quartets,” inspired by T.S. Eliot’s literary masterpiece and set to music by Kaija Saariaho, was called “the greatest creation of dance theater so far this century,” also by The New York Times. 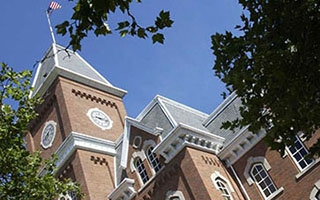