Ohio State team helps map the Arctic like never before

Some portions of the Arctic are so remote and barren, they seem like another planet.

In fact, until recently, there were more detailed maps of Mars and the moon than certain parts of the Arctic.

But with climate change occurring more rapidly in the Arctic than anywhere on Earth, there has been an increasing need for high-quality maps that can track geographic changes in the region, said Ian Howat, professor of Earth sciences, director of the Byrd Polar and Climate Research Center (BPCRC) and a principal investigator on the ArcticDEM project, which has created the first high-resolution digital elevation maps (DEMs) of the Arctic.

The public-private initiative — formed in 2015 following former President Barack Obama’s Executive Order that included enhancing environmental stewardship in the Arctic — has brought the polar region “from the worst- to the best-mapped terrain on Earth,” Howat said.

The maps are made using sub-meter resolution satellite imagery and supercomputing software developed by Howat and Myoung-Jong Noh, senior research associate at BPCRC. The result is extremely accurate maps that in some places show surface elevation differences of less than 2 feet. 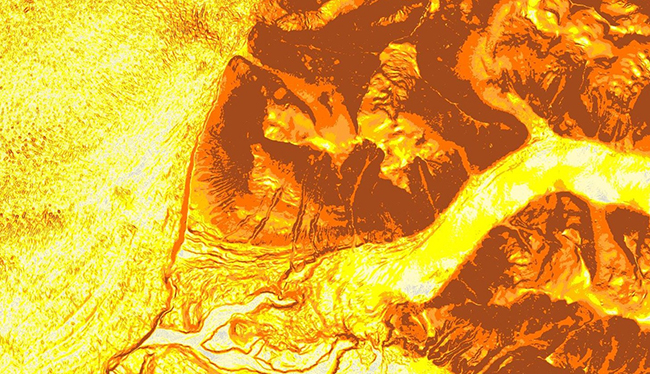 ArcticDEM maps can be viewed in various settings. This visualization illustrates how steep the terrain is, with steeper slopes in darker colors (orange and brown) and flatter slopes in lighter colors (yellow and gray).

Before ArcticDEM, some parts of the Arctic hadn’t been mapped in nearly a century, if at all, said Salvatore Candela, a graduate student at the School of Earth Sciences who is using ArcticDEM data to measure glacier thinning in Greenland.

“We’d be able to tell mountains from glaciers, but we wouldn’t be able to see this kind of detail,” said Candela, adding that the new maps allow for unprecedented insight into glacial structure, flow and even the orientation of individual cracks. “We’re just now starting to do some science with it, and the low-hanging fruit is pretty endless.”

He is currently comparing ArcticDEM data with past datasets from the U.S. Geological Survey’s Landsat satellite to analyze changes in 205 glaciers across Greenland.

“Overall, glacial extent in the arctic has been decreasing, and the rate of loss seems to be increasing in recent years as compared to the overall trend,” Candela said.

Most of the work prior to this was a scientist going out and doing this for one glacier. These sorts of comparisons haven’t really been done at this scale.”

“The polar regions are rapidly changing, and ArcticDEM can be a tool to pinpoint where and how quickly these recent changes are occurring,” King said. Her research found that since 2000, total ice volume losses have increased and many coastal outlet glaciers have thinned. 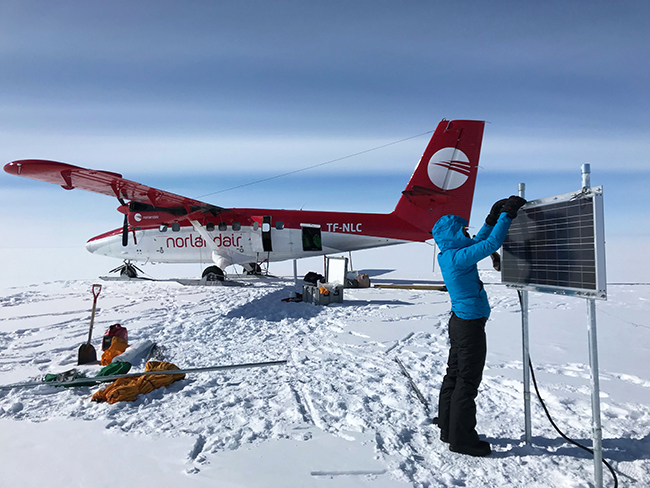 King checks on an instrument her team installed on the Greenland Ice Sheet in April 2018 to measure changes in surface accumulation and snow/ice compaction.

Along with potential for groundbreaking climate science, ArcticDEM also provides an essential dataset for other types of research, including engineering, geosciences and disaster monitoring, which is especially relevant to Alaskan villages threatened by flooding, coastal erosion and melting permafrost (frozen soil).

Howat’s research group recently used the data to measure lava flow from an erupting volcano on the Kamchatka Peninsula in Russia.

“We’re able to look at these very big questions that would have been impossible to answer five years ago without this project,” Candela said. “It’s letting us see change in a way that we never really got to see before.”

ArcticDEM data, which is publicly available, uses more than 330,000 images to map the Arctic. The project has had six data releases and is expected to conclude this fall. Howat and Noh are hard at work leading a similar effort for Antarctica, funded by the National Science Foundation, called the Reference Elevation Model of Antarctica.

“My hope is that people will see the value in this and continue to fund it,” Candela said. ”This is an incredible resource for climate science, and we’re only just scratching the surface of what it can do.”

The first high-quality Arctic maps were made with the help of researchers at Ohio State’s @ByrdPolar & Climate Research Center. #ASCDaily 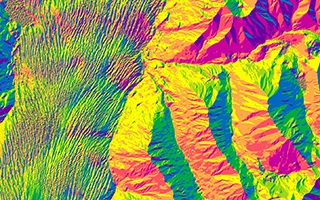